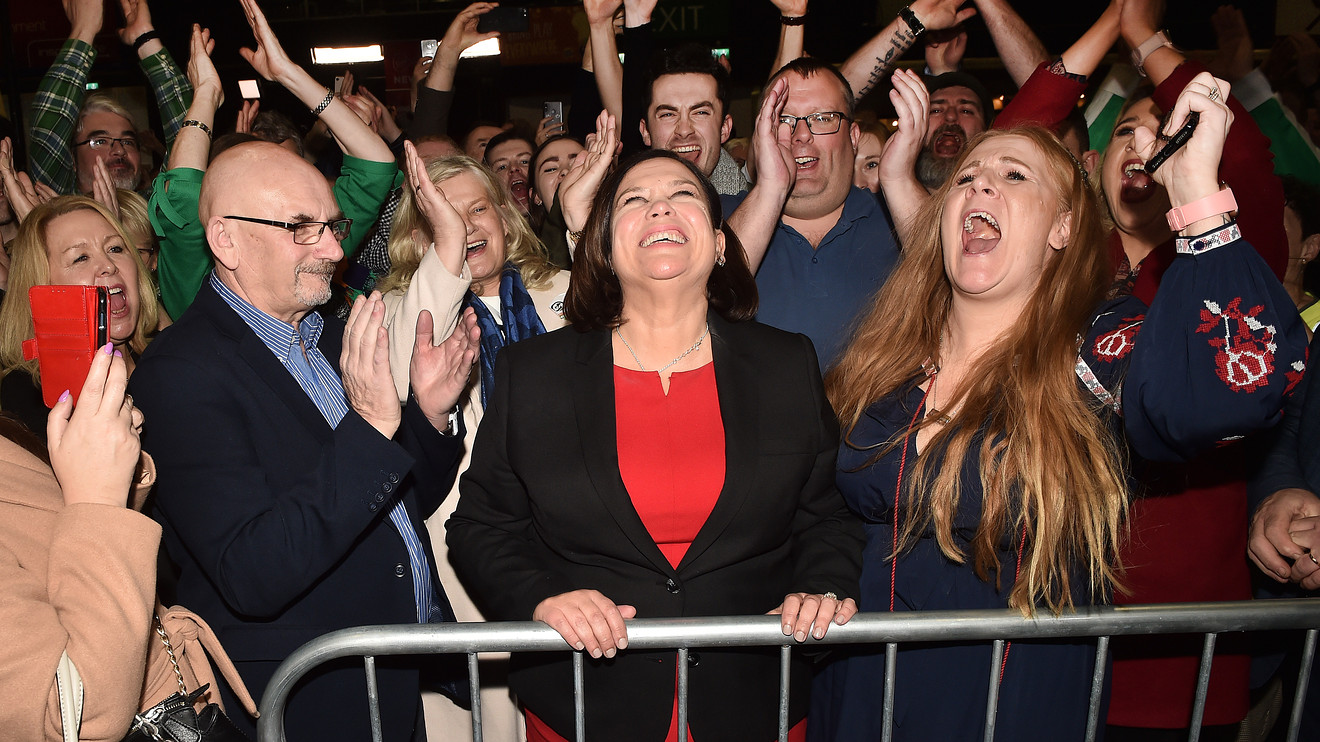 The Republic of Ireland is in the process of appointing a new government just as several years of strong economic growth may soon end, in the likely event Brexit inflicts a major blow to the economy.

The departure of neighboring U.K. from the European Union played a limited role, according to most accounts, in the Irish electoral campaign that ended Sunday with Sinn Féin’s surprise surge. But Brexit will weigh on the economic choices that the future Irish coalition government will have to make, no matter which party ends up in power.

Sinn Féin, the nationalist party that was once the political wing of the Irish Republican Army, was ahead with 24.5% of the vote, while the two other parties that have long governed Ireland either separately or together, Fianna Fáil and Fine Gael, received 22% and 21% respectively. Sinn Féin’s participation in a coalition would tilt government policy toward the left.

The party campaigned on a soak-the-banks platform and an extended public-spending program, promising nonetheless to balance the budget. That explains why the Irish stock exchange IEOI, +0.93%  plunged earlier this week, with companies such as Bank of Ireland BIRG, -2.29%  and Allied Irish Bank A5G, -0.59% tanking on the exchange.

Ireland received a €67.5 billion bailout from the European Commission, the International Monetary Fund and the European Central Bank in 2010 after the collapse of its banking system. Subsequent severe austerity policies allowed the country to turn its finances around within a few years, to the detriment of public spending and social services. Ireland became the European model for a bailout that “worked,” whatever the social cost. But poor housing and the sorry state of the health care system explain in large part why the minority center-right government of taoiseach Leo Varadkar lost on Sunday.

Unemployment is down to 4.8%, versus 6.2% in the whole of the EU. Public debt, at 63% of gross domestic product, is way below the 86% eurozone average. Economic data may be distorted by the impact of big multinationals shifting their money in and out of a country known for its low corporate tax rate, but official numbers show that GDP grew 5% last year and 8% in 2018. The Central Bank of Ireland forecasts growth at more than 4% this year — way above Europe’s growth rates.

What the future government will do with that prosperity is one of the key questions the parties jockeying for a place should now discuss. Brexit is looming, and Ireland is expected to be its main economic victim in Europe. According to a paper from the country’s central bank, even an orderly transition to a UK-EU free-trade agreement would shrink GDP by 3.5% in the long run, and raise the unemployment rate by 1 percentage point. The worst outcome — the absence of a deal — would make the Irish economy 5% smaller.

The Irish budget has been nearly balanced or in surplus since 2016, meaning that the government should have the means to counter a downturn if needed. But it would be wise to act pre-emptively. That’s at least what Irish voters seem to have demanded on Sunday.