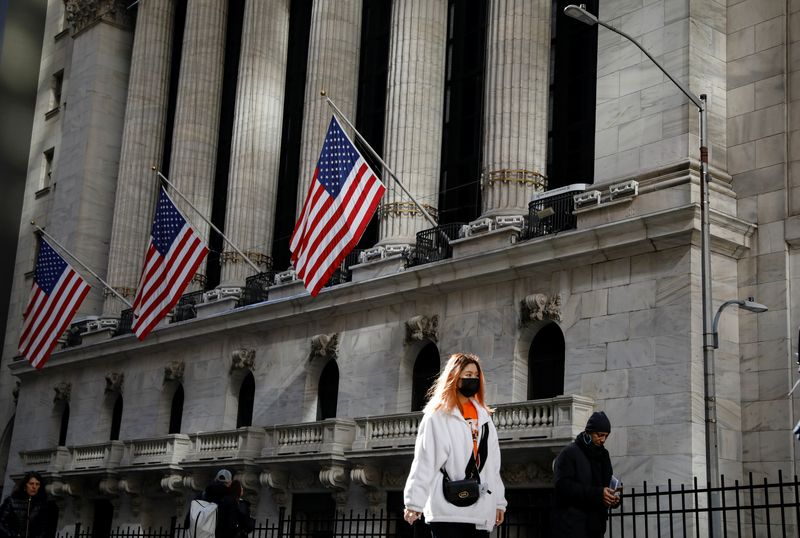 © Reuters. A woman wears a mask near the NYSE in the Financial District in New York

By Suzanne Barlyn and Lawrence Delevingne

MetLife Inc (N:), whose headquarters sits atop Grand Central Station, imposed a ban on international travel that is not “essential,” a person familiar with the matter said.

The insurer is requiring staff to get approval from the executive team before taking such trips, and encouraging employees to hold virtual meetings via conference call or video chat rather than travel domestically.

A small number of employees – fewer than 10 – are self-quarantining because they have traveled to regions that are affected by the virus, the person said. MetLife directed employees who are worried about using public transit to speak to their managers about possibly working from home, although it has not imposed a broad work-from-home mandate.

Hedge-fund firm Third Point LLC sent a note to those attending its March 9 investor day in Manhattan, outlining new procedures including a “no handshake policy,” according to the message, a copy of which was seen by Reuters.

Attendees must ensure they have spent at least two weeks outside of high-risk territories prior to the event, the message said.

Morgan Stanley’s (N:) prime brokerage unit went a step further, postponing an event scheduled for March 19 until November. It is one of several industry events that have been canceled or pushed back.

Government officials have detailed ten confirmed coronavirus cases in New York state, leading to self-quarantine orders for 1,000 people in the suburb of Westchester.

JPMorgan Chase & Co (N:) began rolling out emergency coronavirus plans across the United States this week, asking thousands of employees to work from home or from secondary locations, including two outside of Manhattan.

Big U.S. lenders have been dusting off contingency plans, implementing travel restrictions, postponing events and staying in touch with regulators.

But some New York-based employees told Reuters it was business as usual.

One employee who took his normal commute to Manhattan from the suburbs on Wednesday morning said his train had as many Wall Street types as it usually does. Another joked about buying a mask and expressed enthusiasm about the idea of working from home.

“I just delete those emails,” a third employee said, referring to a company-wide coronavirus memo. “Unless it says you can go home, it isn’t useful to me.”