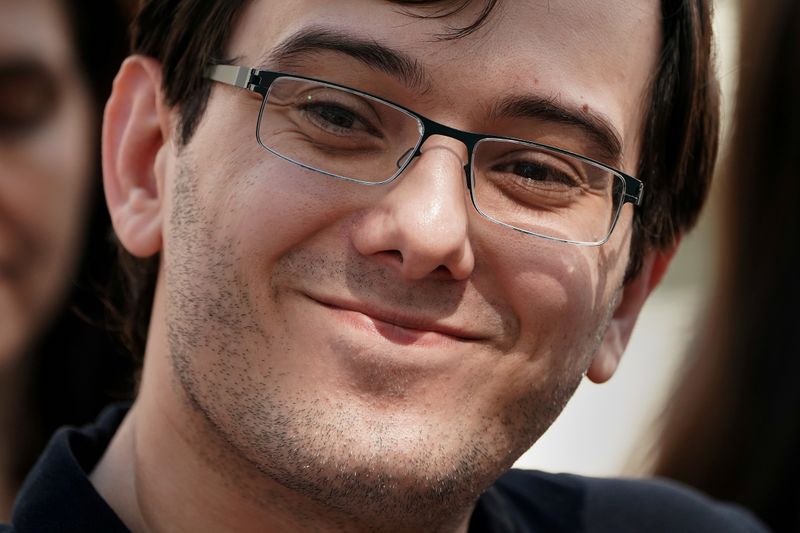 WASHINGTON (Reuters) – Martin Shkreli, the “pharma bro” in prison for defrauding investors, faces a lawsuit filed by the Federal Trade Commission and New York Attorney General’s office for a scheme to preserve his monopoly for the drug Daraprim, which saw its price increase by more than 4,000% in one day.

The lawsuit accuses a company Shkreli once ran of buying the rights in 2015 to Daraprim, which is used to treat toxoplasmosis, and quickly raising the price from $17.50 per tablet to $750 while taking steps to ensure that there would not be a cheaper generic version of the medicine.

The lawsuit also names Shkreli associate Kevin Mulleady, the FTC said. The FTC and New York attorney general’s office are seeking monetary relief for people who overpaid for the medicine and an order requiring the company to halt illegal conduct.

Shkreli, who is in prison in Pennsylvania, became notorious as “Pharma Bro” when he sharply raised the price of the anti-parasitic drug Daraprim while chief executive of Turing Pharmaceuticals.

A spokeswoman for Vyera and a lawyer for Shkreli, 36, did not immediately respond to a request for comment. Shkreli is slated for release in September 2023, according to the Federal Bureau of Prisons.

“We filed this lawsuit to stop Vyera’s egregious conduct, make the company pay for its illegal scheming, and block Martin Shkreli from ever working in the pharmaceutical industry again. We won’t allow ‘pharma bros’ to manipulate the market and line their pockets at the expense of vulnerable patients and the health care system,” New York Attorney General Letitia James said in a statement.

James said Vyera raised the price of the drug by more than 4,000% in a single day.

The FTC alleged that the company protected its dominance of the drug by restricting distribution to ensure generic drug makers could not get the samples needed to make their own version of the drug. The company also prevented potential competitors from buying one of the medicine’s ingredients, the FTC said.

The U.S. Supreme Court said in November that Shkreli must remain in prison, rejecting his effort to overturn his conviction and seven-year sentence for securities fraud and conspiracy.

The justices refused to hear Shkreli’s appeal of his August 2017 conviction and $7.36 million forfeiture for cheating investors in two hedge funds he founded, and trying to prop up the stock price of biotechnology company Retrophin Inc (O:), which he once ran.