Home
Stocks
Next Avenue: Go solar without the rooftop panels, even where it’s cloudy
Prev Article Next Article
This post was originally published on this site 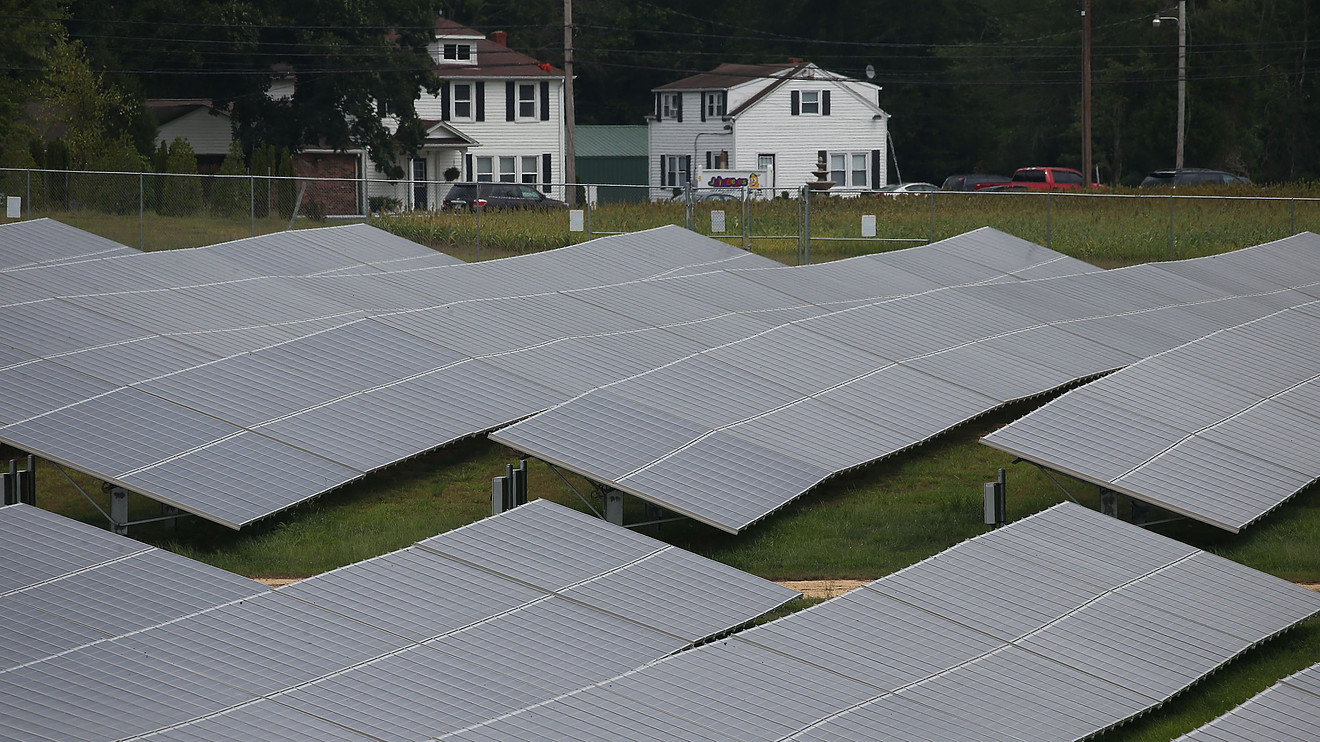 As the winter of 2019 bore down on the upstate New York suburb of Guilderland, Mary Anne Bettcker, 65, got a curious letter in the mail. A company named Arcadia was pitching solar power — not from her roof, but from an unspecified “new community solar project.”

One of the things that struck Bettcker as odd was that Arcadia was a long way from her community. It was based halfway across the country, in Tulsa, Okla. To sweeten the deal, the company’s letter offered a $75 gift card, as well as a 5% discount on Bettcker’s electric bill.

“It was almost like a come-on, like sales for a car,” she laughs. “It just seemed ridiculous.”

Though the letter seemed far-fetched to Bettcker, a school nurse, she likes solar power as a concept. “There are people in my neighborhood who have started putting solar panels on their house,” she says, “so there must be something to it.”

There must be. A recent survey by Pew Research Center finds more homeowners are considering solar. Most are citing either concern for the environment, the prospect of lower utility bills or both.

While Pew found that just 6% of U.S. homeowners have installed solar panels at home, another 46% say they’ve given serious thought to adding them in the past year. That’s up from 40% just three years prior, with the biggest spike in interest in the South Atlantic states, from Delaware to Florida.

But solar is even getting traction in places like upstate New York, which is notoriously cloudy. The Albany area, where Bettcker and her husband live, averages just 182 sunny days a year, well below the U.S. average of 205.

Bill Rice, 75, has a small solar array on his side lawn tucked into the Helderberg Hills, on the west side of New York’s Hudson Valley. A retired engineer and early adopter of backyard solar, Rice did much of the work on his system nine years ago. He says that, averaged out for the year, the solar panels cover about 80% of the electrical needs (about half that in winter) for him, his wife, Jeanette, and their adult son, who shares the house.

“It was a challenge,” Rice recalls. “It took me about a year to do all the legwork that’s behind this project — a lot of research and paperwork.” Rice estimates it’ll take 12 to 15 years for the project to pay for itself.

See: 19 ways to lower your electricity, water and cable bills

But most of us aren’t engineers and many people — renters and condo dwellers — don’t even own their roofs or have yards where they could install solar panels to cut their electric bills.

To fill that gap, organizations have emerged pitching opportunities for residents to share in the electrons produced by nearby medium-scale solar farms. Logically enough, this energy distribution system is called “community solar” or more specifically, “shared solar.” (Bettcker’s letter came from one of these companies.)

This kind of shared solar subscription is not available everywhere yet, though. New York, Massachusetts, Illinois, Minnesota and Colorado have led the way, according to Umoff.

Many utilities already allow customers to designate clean power sources for their electricity, sometimes at a premium rate.

With shared solar, you’re essentially claiming a piece of the output from a specific solar farm, with the promise of knocking 5% or 10% off your electric bill. With more choice, however, invariably comes more confusion.

As states begin to permit shared-solar arrangements, an array of different models has emerged. Some sharing arrangements, especially in the Southeast, are offered directly by local utilities. But there is also a surge of third-party players in the mix. These companies offer discounts directly to customers, using state-approved tax credits for solar development.

Sometimes, that means getting two bills each month: one from your local utility and another from the shared-solar provider. At the end of the year, you end up paying less overall for electricity. But adding another bill to the stack can be a bit of a hassle.

“People are used to the traditional power delivery model,” says Keith Hevenor at Boston-based NexAmp, a community-solar provider operating in seven states around the country. “We’re not delivering solar power to your home, we’re delivering solar power out to the grid, and sharing the benefits of that with our subscribers.

What all shared-solar arrangements have in common, if they’re legitimate, is that they’re free; it costs nothing to sign up. But Hevenor admits that his industry has its work cut out for it, explaining to prospective customers what shared solar is and what it isn’t.

“You’re still getting your power delivered from [your local utility],” he explains, “but you are contributing to an increase of renewable energy into your local grid.”

Strangely, shared solar has not caught on in California, a pioneering solar state that now requires solar panels on most newly constructed homes. But under the state’s new law, builders can opt for providing homes with solar power developed off-site, which Umoff says could open the door to more shared solar in the Golden State.

Unlike having your own rooftop solar, however, there are no enticing federal tax credits with shared solar. (In 2020, the solar tax credit amounts to 26% of your purchase and installation costs; it will drop to 22% in 2021 and then expire.)

Nor does solar sharing offer an ability to sell surplus power back onto the grid, to further reduce your electric bill. But for many owners and renters, “going solar” by sharing might be the only option.

Solar power produced only 2% of electricity in the U.S. from October 2018 to September 2019, according to the federal Energy Information Administration (EIA). But renewable energy is on a roll, and the EIA now estimates that all renewables combined (solar, wind, hydro and geothermal) will overtake coal in total U.S. power generation as soon as next year.

Craig Miller’s career in broadcasting and journalism spans more than 40 years, though since 2008, his focus has been on tracking climate science and policy. Miller launched and edited the award-winning Climate Watch multimedia initiative for KQED in San Francisco, where he remained a science editor until August of 2019. Prior to KQED, he spent two decades as a television reporter and documentary producer at major-market stations, as well as CNN and MSNBC. When he’s not working, his favorite spot is in his kayak on a scenic river or mountain lake.