Home
Stocks
Next Avenue: Watch this TV show if you’re thinking of downsizing or decluttering
Prev Article Next Article
This post was originally published on this site 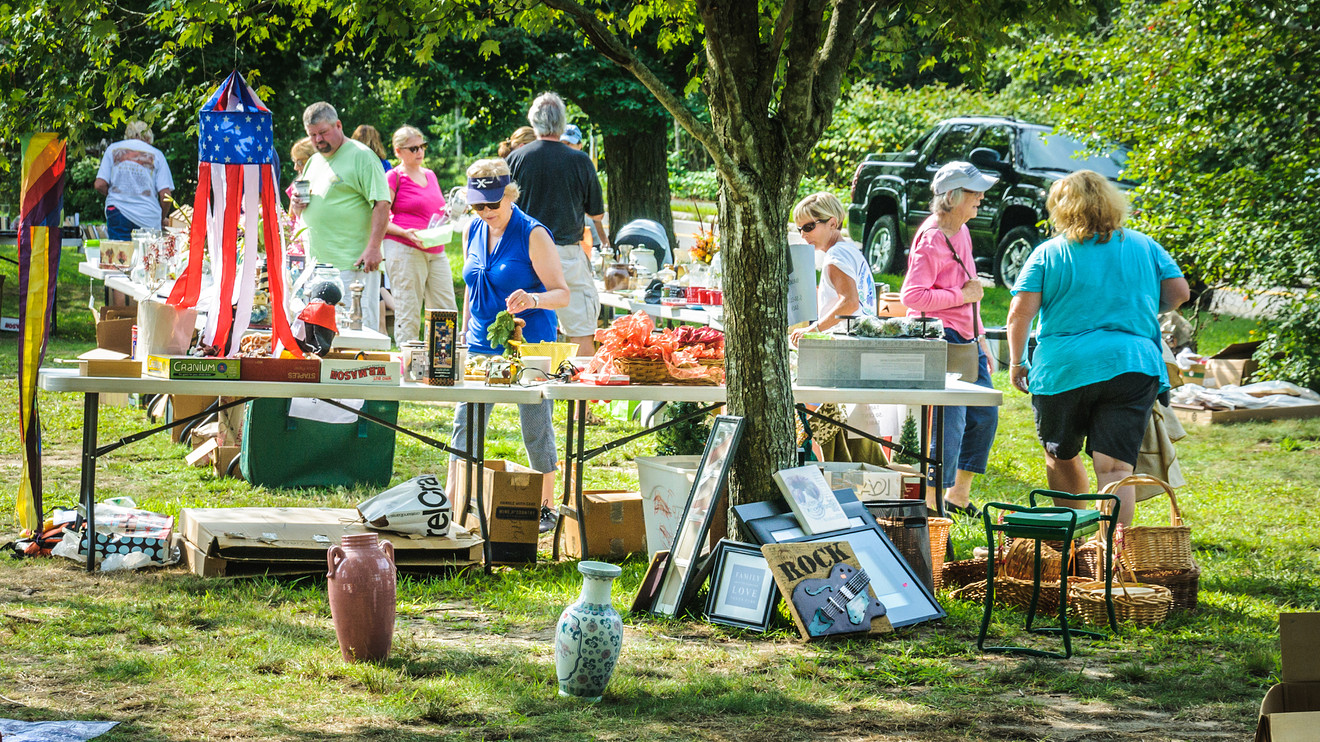 When you think about downsizing your home and relocating, there’s a word that probably comes to mind: yecch. The process can be time-consuming, agonizing, frustrating and just plain sad. But, as the new public television series “Legacy List” shows (check local PBS listings), downsizing also has an upside.

“When you start to downsize, it forces you to go through your memory bank,” says Matt Paxton, 43, host of “Legacy List” and formerly from A&E’s “Hoarders.” “Everybody’s got a story.” (Although Next Avenue is a website also from public television, we’re doing this story because we know the themes of “Legacy List” show resonate with our readers.)

In each episode of “Legacy List” — a cross between “Antiques Roadshow” and “Finding Your Roots” — Paxton and his team go through the house of someone 50+ who’s about to downsize and they scour for family memorabilia — often items the owner can’t locate. Some of the possessions to unearth are sentimental; some are historic; some seem to tell stories of descendants. Earthly treasures, all.

What to do with all that stuff

“For me, downsizing was partly pushed on me,” Anne Manley told me, talking about her “Legacy List” episode. She needed to sell her Richmond, Va. home to move near her 80-something parents in Jacksonville, Fla. “I got a great offer, but the buyers had me move out in 72 hours. I got married when I was 23 and now I’m almost 60. So, I had all that stuff.”

Manley’s father, Peter Schoeffel, was a POW who shared a cell with the late Sen. John McCain in Vietnam. “He’s one of the oldest living POWs left,” says Manley. Her husband, Jack, who died of pancreatic cancer eight years ago, was a former Air Force commander who graduated from the Virginia Military Institute. Their son Miles also graduated from VMI; Manley has two grown daughters.

Also read: Why you need to downsize—now

Her “Legacy List” episode explores the family’s military history through items that had been tucked away. “For me, it was a step back, reminding me of the people in my family, historically and in the present — exceptional, special people,” says Manley. The filmed process of moving out “was more about that, and less about downsizing,” she adds.

What she didn’t ask her grandmother

I also talked to the downsizer in another episode, Lillian Lambert, the first African-American woman to get a Harvard MBA. Now 79, Lambert and her husband John were relocating from their four-bedroom Mechanicsville, Va. house to a 1,200-square-foot apartment in Richmond., about 7 miles away.

Among the items Paxton & Co. turned up: the promissory note showing Lambert had paid off her M.B.A. and an organ from the 1860s that belonged to Lambert’s grandmother. “I didn’t ask my grandmother or my mother about the organ when I was young,” says Lambert. “You don’t have the same interest in learning about things then as you do later in life.”

In another episode, former art historian and world traveler Lenis Northmore has to empty her 6,000-square-foot, 20-room, 19th-century, Newark, Delaware, house (with a giant oil painting hanging on a kitchen wall and hidden rooms reminiscent of the film “Knives Out”). Northmore is moving to a 2,600-square-foot home in Williamsburg, Va. near her daughter, Angelica. She has to be out in three days, since a new family is ready to move in. “I’m a little nervous,” Northmore says in the show.

The treasure trove hidden in homes

Paxton’s description of Northmore and her home: “She not only appreciates grandeur in style, she lives it.”

His downsizing brigade finds, among other things: an American flag from the late 1800s; a jade piece from a Chinese emperor; part of a carved prow Northmore’s dad brought back after serving in the South Pacific during World War II; a model railroad car her grandfather made for Northmore’s mom when she was a child and an antique doll collection, found hidden in a chest of drawers. “This has just been a revelation,” says Northmore.

Related: How to hold a successful estate sale

The kitchen painting, it turns out, wasn’t by German-American artist Albert Bierstadt, as Northmore had hoped. If it was, one of Paxton’s associates said, it could be worth $30 million. “This painting,” he notes, “can bring about $2,000 -$5,000.” Says Paxton on the show: “Sometimes, big is just big.”

That moment signifies one of the surprising elements of the series. The downsizers aren’t looking to sell their possessions and make a bundle. For them, it’s all about the memories the items bring back and the stories the homeowners and their children can share.

After seeing the dolls, Northmore’s daughter says: “As a young girl, my grandmother would pull me into the dining room and uncover her dolls. It was almost a sacred ceremony.” Finding them again, she says “brings back precious memories.”

Paxton says he came away with much greater respect for millennials after filming the series.

“Guess who shows up to help with the downsizing? The grandson, who’s just out of college. Or the daughter who’s in college,” he notes.

Yes, it’s true, that adult children and grandchildren often don’t want to take items from a downsizing parent or grandparent’s house, due to different tastes and a lack of space. But what they do want is “to spend time with grandma,” learning the history of her belongings and her longings. “It ain’t about the stuff,” says Paxton. (I wrote about this in my viral Next Avenue blog post, Sorry, Nobody Wants Your Parents’ Stuff.)

Neil Patel, one of the “Legacy List” executive producers, says working on the series has shown him that downsizing is “a bittersweet moment — when the relationship with the house you and your parents lived in for 30 years comes to an end.” This moment in life, he adds, is an “intergenerational transition story.”

Downsizing advice from the downsizers

I asked Lambert and Manley what advice they’d offer others about downsizing.

Also on MarketWatch: Jane Fonda, Lily Tomlin and Dolly Parton are still clocking in and reinventing themselves — well past retirement age

“Just start,” laughed Lambert. “If you’re uncertain how to do it, get someone to help you. And you’ll say: ‘Gee, this isn’t so bad after all.’”

Manley’s tip: “Don’t be afraid. If you have too much stuff when you get to where you’re going, you can still get rid of it. They’re just things.”