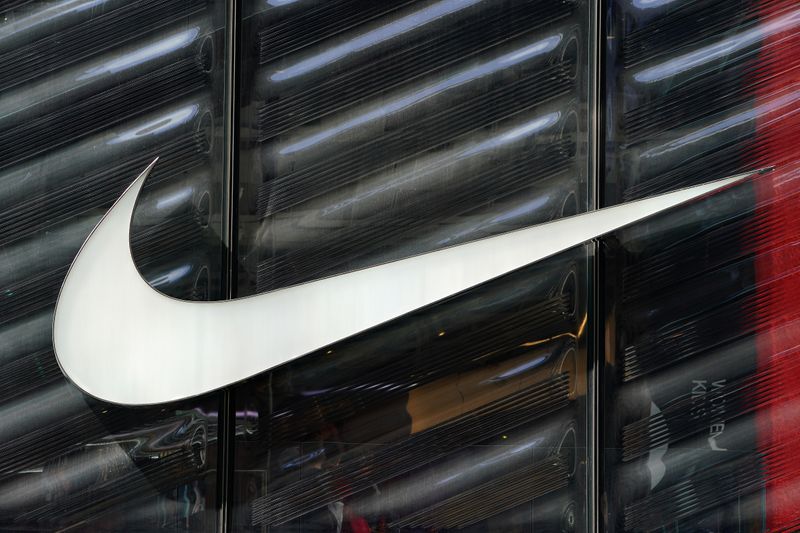 © Reuters. The Nike swoosh logo is seen outside the store on 5th Ave in New York

(Reuters) – A lawyer for Michael Avenatti told a jury that Nike Inc (NYSE:) was being probed by the U.S. Securities and Exchange Commission (SEC) over claims that it made illicit payments to elite youth basketball players, Bloomberg reported on Wednesday.

The SEC investigation on Nike was confirmed by Scott Wilson, a former lawyer who represented Nike, on the witness stand, Bloomberg said.

The investigation was disclosed at the extortion case of Avenatti, who is charged with threatening to publicize accusations that Nike illegally paid families of college basketball recruits unless the apparel company paid him and another lawyer $15 million to $25 million to conduct an internal probe.

He is also charged with defrauding his client Gary Franklin, a coach in a Nike-sponsored youth basketball league, by concealing a settlement offer made by Nike, and using the coach’s accusations to extract riches for himself.

Nike and the U.S. SEC did not immediately respond to requests for comment.

Avenatti’s lawyer, Howard Srebnick, said the Justice Department, which started an earlier investigation of Nike and competitor Adidas AG (DE:), had handed over evidence to the U.S. SEC, according to the Bloomberg report.

In the opening argument at the extortion trial, Srebnick countered federal prosecutor’s claims that Avenatti was bent on a big payday when he demanded millions of dollars for himself from Nike.

He said that Avenatti was simply fighting for “a client who wanted justice” by exposing corruption in youth basketball, and who wanted a high-profile lawyer to help him.

The trial could last 2-1/2 weeks, and Avenatti could face more than 40 years in prison if convicted.