Home
Stocks
‘No one should hesitate to seek treatment.’ How much does it cost to get tested for coronavirus? The answer is complicated
Prev Article Next Article
This post was originally published on this site 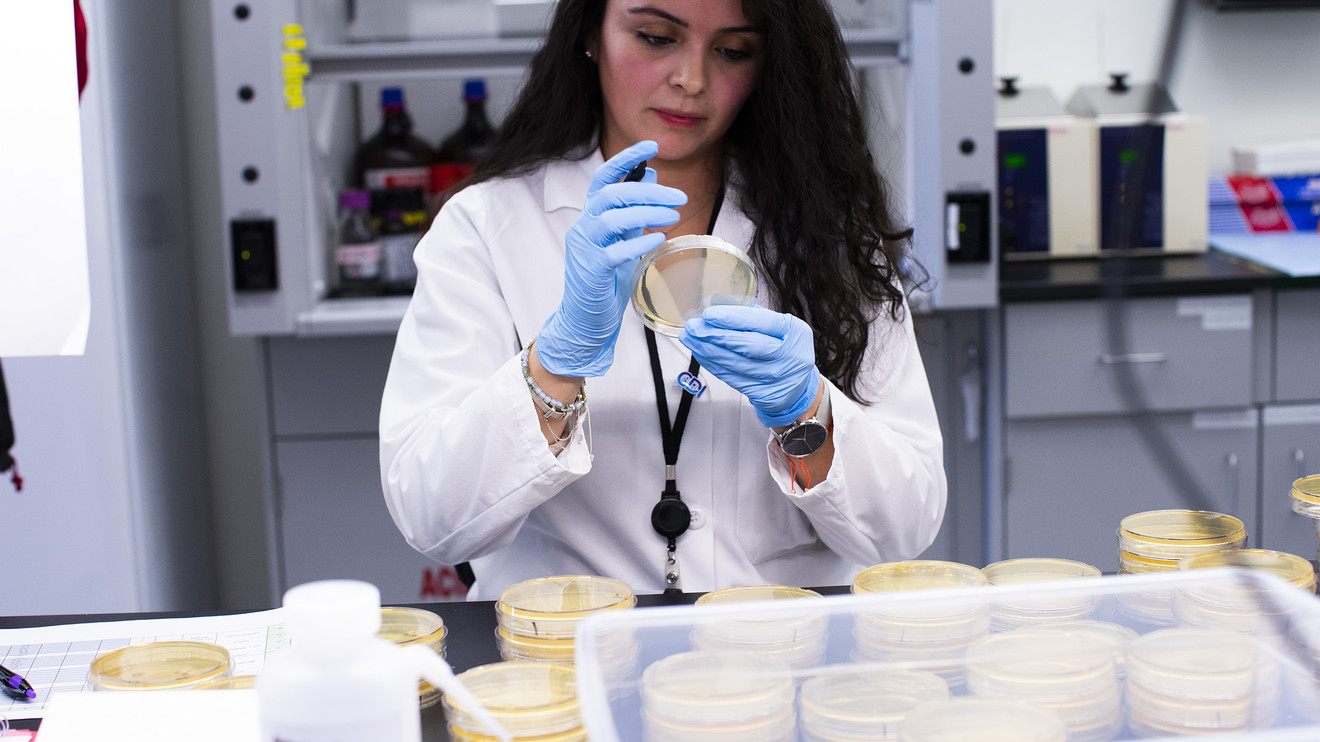 Public health officials are warning Americans to brace for the spread of the coronavirus, and many are wondering about the best way to prepare — and whether they have enough money to get tested and treated.

Worldwide, more than 95,000 confirmed cases have been reported, and more than 3,200 deaths as of Wednesday.

In the U.S., 11 people have died — 10 in Washington State and one in California — and there are more than 150 confirmed cases; 54 of those cases are in California, leading Gavin Newsom, the Democratic governor of that state, to follow Washington state and declare a state of emergency.

Public health officials are trying to slow the spread of the virus by identifying people who think they could be infected, testing them, and isolating them. But that strategy is built on the assumption that people in the U.S. seek medical care when they think they need it. The reality is that many Americans forgo health care because they’re worried they can’t afford it.

“ ‘You don’t want people who should go and seek care to not go because they’re concerned about costs.’ ”

“You don’t want people who should go and seek care to not go because they’re concerned about costs. If somebody is sick they should interact with the medical system,” Jen Kates, senior vice president and director of global health and HIV policy at Kaiser Family Foundation, told MarketWatch.

Troubling stories about steep medical bills have been spreading along with the disease. In Miami, a man who got tested after a work trip to China reportedly racked up $3,270 in hospital charges. A Pennsylvania man set up a GoFundMe page to help pay for $3,918 in surprise bills after he was evacuated from China and quarantined with his three-year-old daughter.

In Kansas, a debate coach who traveled to Shanghai for a tournament in mid-January was tested at a Kansas hospital for the coronavirus and other ailments and received a $983 bill a few weeks later, he told MarketWatch.

“My first reaction was to laugh in disbelief,” said 27-year-old Tyler Prochazka of the moment he saw the bill. In his case, a nurse had taken a nose swab and told Prochazka it would be sent to the CDC, who would cover the cost of testing the specimen, he said. That didn’t end up happening. “I wasn’t entirely surprised because I cannot think of a single encounter with the American health care system that didn’t have a similar outcome,” Prochazka said.

The first coronavirus case in the U.S. was reported in late January, and until late February, the Centers for Disease Control and Prevention was only conducting testing at its own labs. The CDC has covered the cost of the test for most individuals so far, Kates said. (Prochazka’s test cost, however, wasn’t covered by the CDC, and he and the other patients mentioned above who incurred big bills were also charged for other costs associated with visiting hospitals or being quarantined.)

Going forward, tests will be conducted at sites including hospitals. And those sites will most likely want to bill an insurer, Kates said. So how much will it cost patients to get the coronavirus test? “It is going to be a function of whether or not they are insured and what kind of coverage they have,” Kates said. “They could face the cost of a doctor’s office or hospital outpatient or ER visit — a particular issue for those who are uninsured or have a high deductible.”

The CDC did not respond to multiple requests for comment.

The agency that runs Medicare and Medicaid recently created a new billing code that will allow health-care providers to bill for the coronavirus lab test. The price for the test hasn’t been set yet, a spokeswoman for the Centers for Medicare & Medicaid Services told MarketWatch.

For Medicaid patients, diagnostic tests are an optional service. It will be up to individual states to cover the test or not for Medicaid recipients, the CMS spokeswoman added.

The new billing code is a positive development, because it will eventually help standardize the test price and prevent a situation where hospitals make up a price for the procedure on the fly, said Caitlin Donovan, spokeswoman for the National Patient Advocate Foundation, a nonprofit that pushes for affordable access to quality medical care.

At least one state is telling residents that if they need to be tested or treated for the coronavirus, their expenses will be covered. New York Gov. Andrew Cuomo announced Monday that he’s issuing a directive “requiring NY health insurers to waive cost sharing associated with testing for #coronavirus, including emergency room, urgent care and office visits.”

He wrote on Twitter TWTR, +3.06%, “We can’t let cost be a barrier to access to COVID-19 testing for any New Yorker.” He added that New Yorkers on Medicaid wouldn’t have to pay for testing.

In Washington State where local news outlets reported 10 deaths from the coronavirus as of Wednesday the state health care authority said it’s working with insurers for public employees and Medicaid recipients to ensure both testing and treatment will be covered “when determined necessary by a health care provider.”

A spokeswoman for America’s Health Insurance Plans a trade group for health insurers, said insurers will work to keep Americans’ costs down.

“No one should hesitate to seek treatment for COVID-19 during this national public-health emergency because of concerns about costs” said AHIP spokeswoman Kristine Grow.

“Effectively containing and responding to COVID-19 relies on strong public-private partnerships with a shared commitment to putting the health and well-being of the American people first” she said. “Health insurance providers fully support this commitment, and are working with other health-care stakeholders to develop and implement solutions that will protect Americans seeking diagnoses for, and treatment of, COVID-19 from out-of-pocket costs.”

Half of U.S. adults said they or a family member either postponed or skipped going to the doctor in the last year because of the cost 2019 polling by the nonprofit health research group Kaiser Family Foundation found.

“About half of the public regardless of socioeconomic status or health condition, say they are either ‘very worried’ or ‘somewhat worried’ about being able to afford unexpected medical bills or their health-insurance deductible,” Kaiser researchers wrote.

As for the cost of treatment of COVID-19 the Trump administration has said it’s exploring using federal money to pay for treating uninsured patients infected with the coronavirus The Wall Street Journal reported.

There’s also a federal public-health statute that allows the CDC to authorize payment for the care and treatment of individuals subject to “medical examination quarantine, isolation, and conditional release.” This move would require CDC authorization, and most likely, additional appropriations from Congress, Kates noted.

How to keep costs down for the coronavirus test

One key consideration for people thinking about getting tested for the coronavirus: insurers will generally only cover tests if the test is deemed medically necessary which usually means a doctor has to recommend the test. So call your doctor first, Donovan said.

The first step in the testing process according to the CDC is to call your doctor if you think you have coronavirus symptoms or have been in contact with someone who has the virus, or have traveled to an area with “ongoing spread” of the virus.

“ ‘We have the most unpredictable and expensive health-care system in the world, and injecting the chaos of an epidemic into it is going to expose every weakness and fallibility.’ ”

It’s also important to get checked out by a doctor first because if you skip the doctor and go straight to the emergency room, you run the risk of your insurer refusing to cover the ER visit, Donovan said.

Insurers have been known to reject claims for emergency department visits that they consider “frivolous,” she said.

Another reason a hospital visit should be your last resort: it’s significantly more expensive than a doctor visit. (The average cost of an ER visit in 2017 was $1,389, up 176% from 10 years prior, according to data from the Health Care Cost Institute.)

No matter why they visit a hospital, most patients are hit with a “facilities fee” just for walking in the door, Donovan said. What’s more, the CDC is recommending that hospitals treat potential coronavirus patients in isolated rooms, and use other special precautions. It’s not yet clear whether patients will be charged for these extra costs.

And whenever you get any lab tests done, it’s important to verify first that the lab and its technicians are “in-network,” meaning that they’re covered by your insurance plan. Otherwise, you can end up with a surprise medical bill — even if your doctor recommended the test.

“We have the most unpredictable and expensive health care system in the world, and injecting the chaos of an epidemic into it is going to expose every weakness and fallibility,” Donovan said.