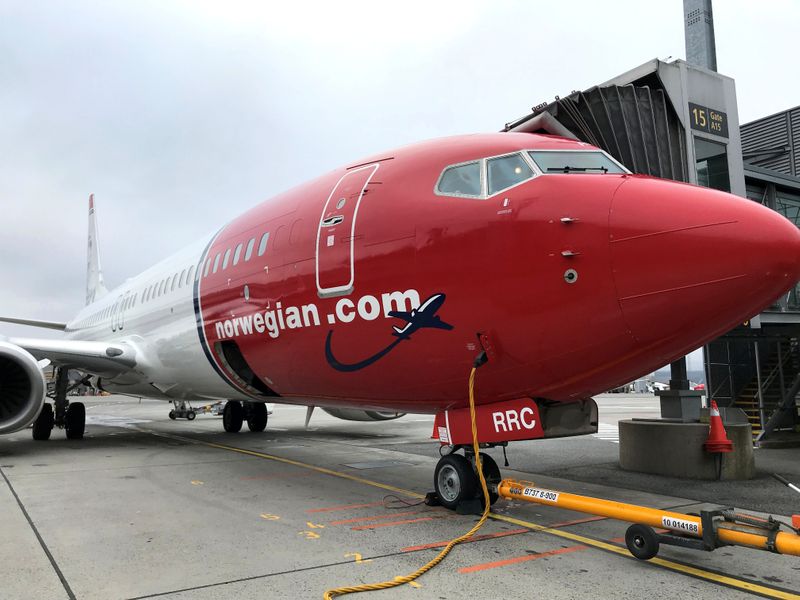 OSLO (Reuters) – Norwegian Air (OL:) cut its capacity by a bigger-than-expected 29% in January from a year earlier, removing unprofitable routes while boosting its income from remaining flights, its traffic data showed on Wednesday.

The budget carrier’s yield – income per passenger carried and kilometer flown – jumped 15% to 0.40 Norwegian crown ($0.0435), beating a 0.37 crown forecast in a Reuters poll of analysts.

Analysts in a Reuters poll had expected the budget carrier to report a 22.2% decline in capacity for January.

“I am pleased that we continue to deliver on the strategy of moving from growth to profitability,” newly appointed Chief Executive Jacob Schram said in a statement.

Norwegian has shaken up the transatlantic travel market with low fares, but breakneck expansion and the grounding of its Boeing (N:) MAX fleet also brought mounting losses, forcing the company repeatedly to raise cash from owners.

Seeking to turn itself around and avoid joining the ranks of airlines that have collapsed, the company announced in October it would cut its capacity by 10% in 2020 from 2019.

“In the coming months, I look forward to working together with my dedicated colleagues on the ground and in the air to position Norwegian for a profitable and sustainable future in international aviation,” Schram said.

Routes between Ireland and the United States and Canada were cut from Norwegian’s schedule last September, and in December the company announced the sale of its domestic business in Argentina.

The cutbacks may also alleviate the pressure on rivals such as Scandinavian Airlines (ST:), which now faces less head-to-head competition on routes between Europe and the United States.