Home
Stocks
NY Gov. Cuomo: ‘Everyone wants to help’ elderly parents, but be smart about it
Prev Article Next Article
This post was originally published on this site 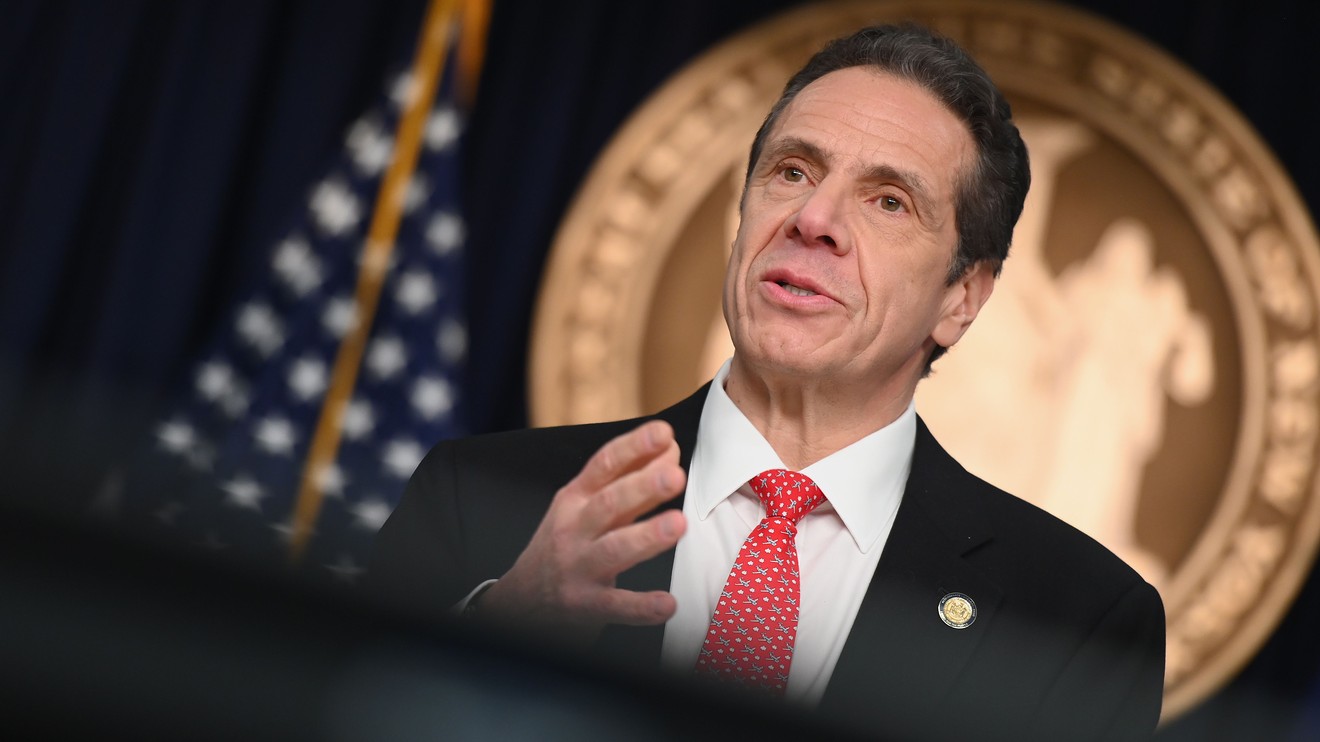 New York Governor Andrew Cuomo says he understands everyone wants to help older parents and grandparents during the coronavirus crisis, but they should “be smart” and avoid family gatherings for now.

During an update about coronavirus cases and policies for businesses and personnel, Cuomo said it’s hard for family members to stay away from their elderly loved ones, who may feel lonely while the world around them shuts down shops, restaurants and just about every other non-essential business.

“My mother, who lives alone, everyone wants to help and we have gone back and forth,” he said. “Should we visit mom? Should mom go to my sister’s house? Should she go to this house? Nobody knows for sure.”

But while it is tempting to bring older loved ones home or have the whole family show up at their doors, it isn’t safe — and they should avoid doing so. “‘You bring her into your house and you have 10 people there, they’re coming in and out and your daughters have friends — that is a mistake,” he said. “Not now.”

He also made a list of cautionary restrictions for the most vulnerable members of society called “Matilda’s Law,” named after his mother, he said. The rules include remaining indoors (except for solitary exercise outside), pre-screening all visitors and aides by taking their temperatures, limiting visits to households with multiple people, wearing masks in the company of others, staying at least 6 feet away from individuals and not taking public transportation unless “urgent and absolutely necessary.”

See: ‘I would rather him be lonely than dead’: How to manage when someone you love is in a nursing home

Those most at-risk of complications from the coronavirus include the elderly and those with underlying health problems, such as heart and lung disease. The Centers for Disease Control and Prevention has advised these individuals to stay inside as much as possible, avoid contact with others and stockpile food and necessary medications for the foreseeable future.

He also mentioned “PAUSE” provisions for non-vulnerable individuals, short for “policies, assure, uniform, safety, everyone.” Those rules include postponing or canceling non-essential gatherings of any number of people, such as parties and social events, having businesses implement rules that support social distancing of at least 6 feet, keeping sick individuals home unless to receive medical care or only after a telehealth visit determines it necessary, and using alcohol wipes as a precaution.

Cuomo said he was signing an executive order on Friday requiring all New York state workers outside of essential services to stay at home, effective Sunday night. The governor also directed all businesses to implement work-from-home policies, except for essential services, such as grocery and food production, warehouses, media, shipping, pharmacies and health care providers, banks and utility companies.

Most other businesses, including barbershops, hair salons, tattoo and piercing salons and nail salons must close to the public beginning 8 p.m. on Saturday, in addition to the shopping malls, amusement parks, bowling alleys, movie theaters, casinos and fitness centers that have already been required to close down this week. Bars and restaurants are also supposed to be closed, except for takeout and delivery for certain establishments.

Meanwhile, other states and countries have put similar — or heftier — restrictions in place. California issued a mandatory, stay-at-home order on Thursday, except for people who work in essential services, such as pharmacies, banks, takeout restaurants and laundromats. Spain, which has seen a large uptick in cases, also announced a lockdown earlier this week. Italy has been on lockdown for more than a week already.

More than 7,100 people have tested positive in New York state, more than half of which are in New York City. The state saw 2,950 new cases as of Friday morning, the governor said. New York state now has the most confirmed positives cases by far, with Washington state ranked second with 1,376 cases as of Friday. “Finding positives is a good thing because then we can isolate and we can track back,” he said. “You can see why we are taking these actions.”

Also see: Be on the lookout for COVID-19’s hidden cost to older people

New York state has the second most deaths, behind Washington state, which saw an outbreak in a nursing home in February that has killed more than 26 people.

It’s also important to keep these figures in perspective, Cuomo said. “New York may very well be testing at a multiple of other states,” he said, which would mean having more positive cases still does not mean New York has more cases than other states — just that they’re confirmed. More than 32,000 people have been tested in New York so far, with 10,000 new tests in the last 24 hours. “That’s why you see the number going up,” he said.