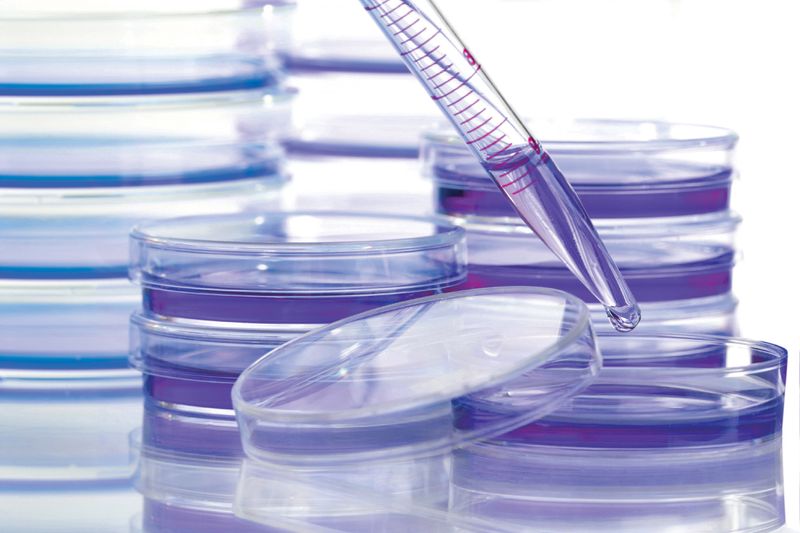 © Reuters. Petri dishes are pictured in an unknown location in a Cancer Research UK laboratory on an unknown date

By Kate Holton and Paul Sandle

LONDON (Reuters) – It’s 2023. Britain’s brightest and best drug researchers are packing their bags as clinical trials start to dwindle, leaving a nation renowned as a global leader in pharmaceutical development to face a future in the slow lane.

This is a worst-case scenario outlined by some scientists and industry experts in the wake of Brexit, which they say could deprive the country of its role as Europe’s leader in early-stage drug research, designing and hosting pan-EU trials.

Pamela Kearns, professor of pediatric oncology at the University of Birmingham, worries that over time Britain will in particular lose out in the field of medicines that treat rare diseases and childhood cancers, where trials often need to collaborate and recruit across Europe to find enough patients.

“It would be a real disadvantage to children in this country if we were not part of those networks,” she told Reuters. “It will disadvantage us massively.”

Kearns’s university sponsored the BEACON Neuroblastoma trial, held up as a model of cooperation, and the type of project that could be in jeopardy after Britain’s EU exit on Friday and a transition period that runs until the end of 2020.

The British designed clinical trial is testing a combination of drugs to tackle a rare aggressive cancer that affects children. It is partly funded by European groups, and is being trialled on patients across the continent.

Kearns said her team, among their Brexit contingency plans, had selected a legal representative within the EU – in Dublin – that could enable them to continue playing a key role in trials, as well as an EU distributor to supply drugs for patients.

It has also added new legal provisions to contracts should Britain no longer be covered by the bloc’s GDPR laws for exchanging data. Yet all these steps may only help in the long term if the UK stays closely aligned to EU research regulations.

Brussels is launching a new portal and database that will help co-ordinate the design, data collection and oversight of pan-EU trials, a system that Britain is likely to be excluded from after it fully leaves the bloc at the end of 2020.

Some company executives argue that fears of Britain losing ground are overly pessimistic though, and the country could in fact thrive under a nimbler drug development and approval system unshackled from 27 EU states.

“If you’re a single approver versus one with 28 people sitting around the table you can probably do things a little bit faster,” said Hugo Fry, UK boss of French drugmaker Sanofi (PA:).

Whether to diverge or align encapsulates the fundamental tension underlying Brexit: can Britain differentiate itself enough to make a success of the historic break, and does the freedom to innovate trump being part of a larger group?

Kearns’ concerns are echoed by UK pharmaceutical industry body the ABPI, which warns of a brain drain from a sector that contributes about 2.7 billion pounds ($3.55 billion) to the economy and around 47,500 jobs.

“Without the ability to influence the design of research programs, leading researchers are likely to move out of, or not move into, the UK and this loss of globally recognized and highly skilled researchers will drastically undermine the UK’s research base,” it said.

It is not only the United Kingdom that faces risks though; the European Union stands to lose the expertise of a country that has accounted for an average of 28% of EU clinical trial applications over the past 10 years.

Britain leads Europe in early-stage – phase I and II – trials, with particular strength in cancer research.

Industry experts, from academics to executives, say the best way to limit potential damage on both sides is for Britain to remain closely aligned to EU rules so researchers can maintain collaborations and prevent the duplication of costs and paperwork from having two separate regulatory systems.

But the nation’s decision to leave the bloc was driven by a desire to forge its own path, set its own rules and strike its own deals. Britain has previously said it will seek to align with the EU on clinical trials “where possible”.

“After Brexit, clinical trials will continue to be approved at a national level, working to international standards and we are determined to maintain the UK’s position as one of the best locations globally to run clinical trials,” the government said.

Britain’s leading role in developing drugs is underpinned by its research clusters that bring together publicly funded hospitals, top universities like Oxford and Cambridge and companies such as AstraZeneca and GSK.

However domestic expertise is often not enough.

A look at the work of leading charity Cancer Research UK illustrates how closely Britain is entwined with the continent; nearly a third of the roughly 200 trials currently being funded by the organization involves European collaboration.

Emlyn Samuel, its head of policy development, said the emergence of drugs that target tumors according to their genetic make-up rather than cancer type meant more trials would need to cast a wide net to find suitable patients.

“If we’re outside we might be able to move more quickly in some areas but I don’t think that outweighs the benefits of being part of a broader regulatory system,” he said.

‘IS THIS THE PLACE TO COME?’

Denmark’s Novo Nordisk (CSE:), a leader in diabetes drugs, has opened a research center in Britain. While fully committed to the country, it has concerns about the broad impact of Brexit.

“If there are processes that mean it becomes more complex then companies will look twice at, ‘Is this the first place to come and do clinical trials, or is it easier to recruit patients elsewhere?'” its UK boss Pinder Sahota told Reuters.

Britain’s Medicines & Healthcare products Regulatory Agency (MHRA) is however looking at how being independent of the EU could give it a freer hand to improve its systems, company sources say.

It could, for example, cut the time it takes to approve a trial design or complete the early phases. But some are wary in a testing industry with little room for divergence and risk.

By the time Britain has fully left the EU after the transition period, researchers on the BEACON trial will hope to be embarking on phase III testing.

Kearns has already had to reassure European partners it can continue to lead such trials. But she does fear for the future.

“We’ve got fantastic investigators in the UK … we’ve got a brilliant set of statisticians and trial methodologists and the expertise, so we’re very much the trusted partner to lead,” she said.

“We could find ourselves in the position of going back to just following.”