Home
Stocks
Outside the Box: Don’t use coronavirus to bail out oil and gas companies
Prev Article Next Article
This post was originally published on this site 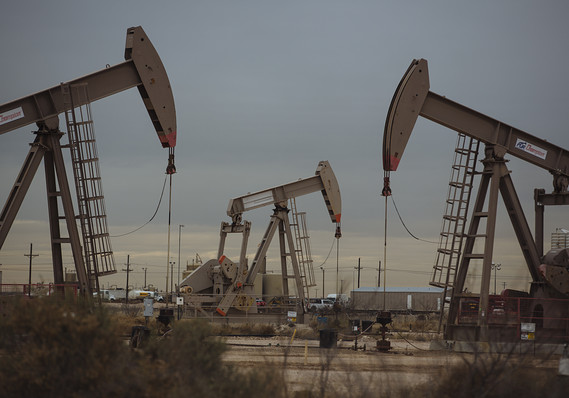 In 2008, the U.S. economy went into its deepest recession since the Great Depression, brought low by reckless financial institutions, deregulation, and lax regulatory enforcement. The recession led to millions losing their homes to foreclosure.

The federal government could have stepped in and rescued struggling homeowners. That would have kept families in their homes, and preserved the tax base and social fabric of communities.

Instead, they handed out $700 billion in public money to the very banks responsible for the crisis (not counting more than $3 trillion in zero or very low interest rate loans), allegedly because that was the only way to avert a deeper recession. But the recession worsened, and the “too big to fail” banks became even bigger.

This scenario is replaying itself today, with even higher stakes. We’re facing down not just a pandemic and a global economic meltdown, but an unraveling of our planet’s entire life support systems.

Those are the stakes of a proposed bailout of the oil and gas industry by the Trump administration, using as its excuse the double whammy of the coronavirus-induced recession and the recent decision of key oil-producing countries to ramp up production, depressing already low oil prices CL00, -0.53%  .

The rapid spread of the coronavirus is, for good reason, causing a global panic. Infection and death rates are climbing at alarming levels, with the disease rapidly spreading to new areas. Already, it has caused a serious economic downturn in many countries, including the United States, with the weekly unemployment claims data released on March 14 showing a 33% increase over the prior week.

Stories of businesses closing or running on skeleton crews abound. Businesses where office goers would typically purchase lunch or coffee are facing financial challenges and laying off workers. With conferences and vacations cancelled, hotels are laying off staff. Public transit systems have plummeting ridership, transit systems are cutting service, and mass transit layoffs could be just around the corner.

The pain, in other words, is being felt first and worst by low-wage service workers, who are economically insecure to begin with. When they lose their jobs, they face the prospect of eviction or foreclosure, losing health coverage, energy and water utility shutoffs, and other dire consequences.

But Trump administration and Republican Senate, which have taken huge sums from the fossil fuel industry, are using the possibility of a recession to bail it out. The proposals include a purchase of 30 million barrels of oil (an amount that could go up to 77 million barrels) for the Strategic Petroleum Reserve, an emergency stockpile of oil held by the U.S. Department of Energy.

Other proposals reportedly being considered include low-interest loans and trade barriers.

This is an outrage.

For starters, the problems of the U.S. oil and gas industry are largely self-inflicted.

The current oil price slump is occurring at a time of already low prices, for which U.S. overproduction is largely to blame. The U.S. is now the world’s largest producer of both oil and gas, and is expected to account for 70% of the increase in global oil production and 75% of the growth of liquefied natural gas trade over the next 5 years.

And much of this oil and gas production binge has been fueled by debt, based on promises of future profit that haven’t materialized.

So let’s not blame a virus, or Russia, or Saudi Arabia. If U.S. oil and gas producers are in trouble, they are the ones at fault, and it takes nerve on their part to ask the government for a handout. While oil and gas workers facing layoffs deserve assistance, their undeserving bosses do not.

Then, consider what science tells us about this industry. A healthy future for oil and gas inevitably means a bleak future for most humans and for ecosystems. At precisely the time that scientists say we should be phasing out oil and gas production, a bailout to this destructive industry is a giant step backwards.

A much smarter use for stimulus funds would be major investments in renewables and energy efficiency, industries that employ far more Americans than fossil fuels without harming the planet. If fossil-fuel workers are being displaced, they can be fast tracked into jobs growing these industries that are vital for our future.

Let’s not repeat the mistakes of 2008. Emergency funds should be freed up for direct assistance to those workers and communities who need it most. In the longer term, stimulus funds should be used to build just and effective solutions for the other looming crisis humanity faces: the climate crisis.