Home
Stocks
Outside the Box: Five things fiscal policy could do to fight a COVID-19 outbreak
Prev Article Next Article
This post was originally published on this site 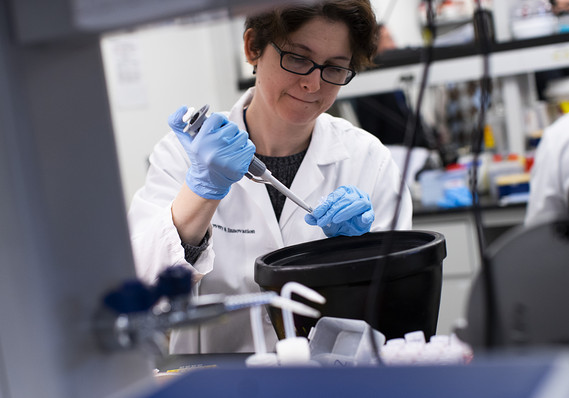 Increasing federal funding for medical research is only the first step in fighting the economic impact of the COVID-19 outbreak.

Are we at the early stages of a public health emergency in the United States that will spill over into the economy and cause a downturn, or are we seeing a contained medical emergency for a segment of the population that will have a limited impact on the broader population and economy?

At this point, we are still in the dark about many important questions, and employment data released on March 6 will be in reference to data collected in mid-February, before concerns in the United States were widespread.

Breaking news: Get the latest on coronavirus here.

But the economic policy response is already beginning and being hotly debated. The Federal Reserve has just cut interest rates to help boost the economy, but fiscal policy should play a role as well. In addition to measures that directly provide for health-related needs, we should pass policies with automatic triggers that will provide fiscal stimulus if economic conditions deteriorate.

A fiscal policy package should contain the following types of responses:

There are a number of actions (many being currently discussed) that need to be taken to help limit the public health crisis. The federal government should immediately step in to fund these measures, including paying for testing, supplying more testing kits, providing emergency protection gear to front-line health workers and first responders, and staffing up and providing supplies to health centers.

These actions are needed on the merits to mitigate the damage from COVID-19 (coronavirus), but are also a form of stimulus since the federal government is paying for them.

The federal government should immediately increase the federal share of Medicaid spending. A health crisis will increase demands on Medicaid as more people need testing, are sick, or seek medical care.

By picking up a larger share of the costs of Medicaid, the federal government can make sure that budget decisions do not constrain the health response by the states and ensure that increased Medicaid costs do not force states to cut spending in other areas (e.g., education or public safety) in ways that could contribute to an economic downturn.

Congress could add triggers that depend on diagnosed cases of COVID-19 at the state level to make an additional increase in the federal share of Medicaid in places that are particularly hard hit.

One of the most efficient and fastest fiscal responses to an economic downturn is the automatic increase in safety-net spending through unemployment insurance (UI) or SNAP (formerly known as the Food Stamp Program). But these programs may not operate as intended during an outbreak of an infectious disease.

People who are following the advice of health officials by remaining home if they are sick should not lose their access to food or medicine. In addition, if the situation deteriorates and schools are closed, the maximum SNAP benefit amount should be increased for any eligible household with children to make up for their lack of access to subsidized school meals.

Lastly, there will almost certainly be more demands placed on services for the very poor. An emergency allocation of additional money for TANF (Temporary Assistance for Needy Families) would help make sure the most vulnerable receive the help they need.

Fourth: Engage in targeted lending/cushions based on supply-chain bottlenecks or temporary losses due to demand cutbacks.

While the Federal Reserve has lowered borrowing costs broadly, it is not able to target lending to specific firms. A program through either the Department of the Treasury or the Small Business Administration could allow firms to borrow to smooth over temporary disruptions caused by broken supply chains (for example, if parts from China cannot be shipped).

An administratively more-challenging policy would be to have federal funding for sick days available to all firms so they can encourage workers — even those who do not currently have access to paid sick days — to take appropriate time off if they are ill.

The Federal Reserve can also provide guidance to banks to lengthen loan terms and raise credit limits to take into account temporary challenges based on problems associated with the spread of COVID-19.

Finally: Get more demand into the economy over time.

It is possible, though, that a combination of supply disruptions, confidence effects, and a drop in demand from people avoiding crowds and travel could all generate a more sustained economic downturn.

Also read: Economists might not say it out loud, but recession risks are above 50%, Zandi says

In that scenario, improving automatic stabilizers would be very helpful. A recent book of policy proposals from The Hamilton Project along with the Washington Center for Equitable Growth offers a number of ideas that would be helpful in this circumstance.

There are advantages to a direct check as opposed to a payroll-tax cut in that a direct check goes to all people, not just those currently employed. If households received payments of $500 per person, that would provide a cushion so that people could self-quarantine and avoid going to work when sick.

It would also provide a needed boost of demand to the economy. These payments have the additional advantages that they would:

• Come in a lump sum large enough to make a difference immediately,

• Not be tilted towards higher-income households (as a payroll-tax cut would), and

• Go to people even if they take time off from working — which is crucial — and may need to happen in a health crisis.

• Increasing the federal Medicaid share again, if the trigger were activated.

The first four sets of actions are warranted to react to the spread of the COVID-19 virus regardless of its impact on the economy.

The additional steps to support demand may not be needed at this moment, but by setting up these automatic stabilizers with economic data-based triggers, Congress can help reassure people that in the event of a downturn, there will be support for the economy.

This article was originally published by The Hamilton Project at the Brookings Institution — What Should a Fiscal Response to a COVID-19 Outbreak Look Like?

Jay Shambaugh is the director of The Hamilton Project and a senior fellow in economic studies at the Brookings Institution. He is also a professor of economics and international affairs at the Elliott School of International Affairs at The George Washington University. He was a member of the White House Counsel of Economic Advisers from 2015-2017.