Home
Stocks
Outside the Box: How can the Democrats defeat Trump in November? Form a Bernie-Biden ticket
Prev Article Next Article
This post was originally published on this site 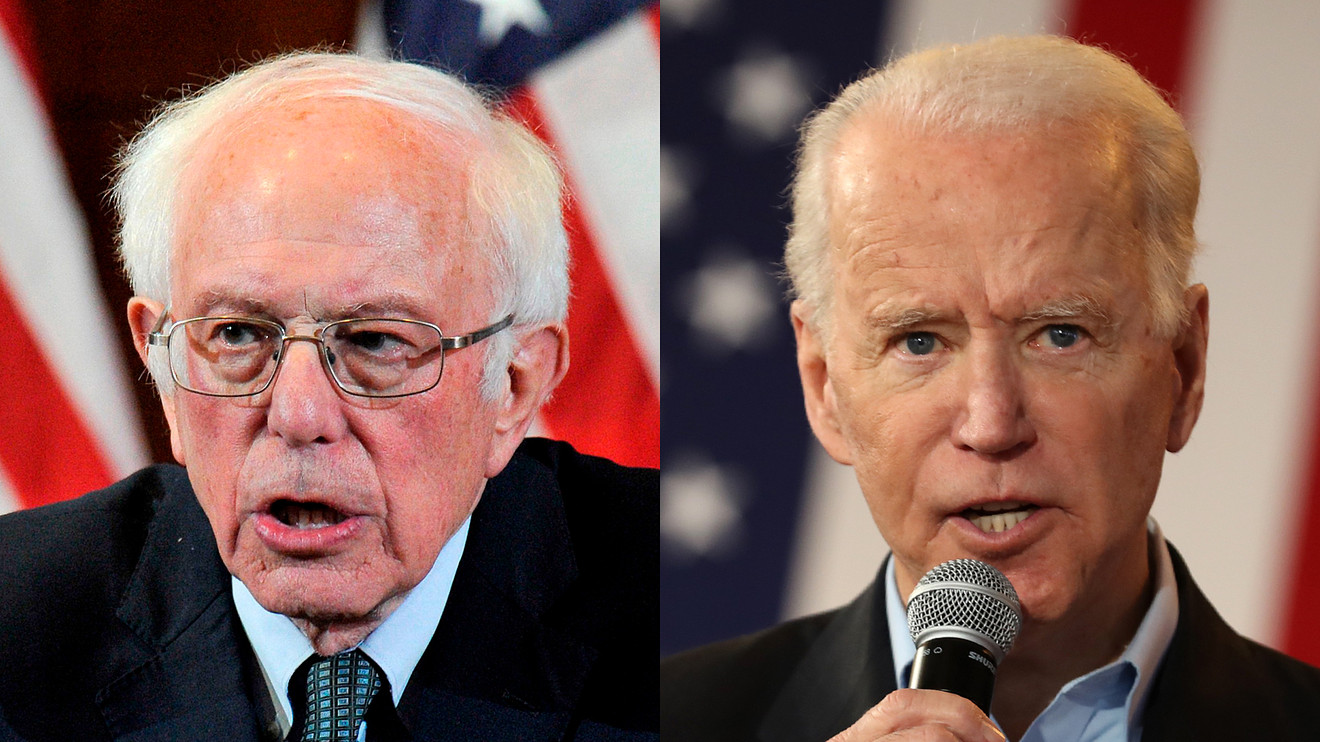 The most immediate institutional threat to American democracy is the Democratic Party.

That statement will frustrate believers in the urgency of liberal democracy in the United States. Surely, the ongoing tragedy of Donald Trump’s presidency tells us otherwise.

After all, the Republican Party has gone all-in on an illiberal demagogue empowered by an increasingly untrammeled executive branch. Congress has failed to hold the president to account; even impeachment was swatted down like a bothersome institutional fly.

A joint ticket enables Democrats to spend the next nine months negotiating unity rather than exacerbating disunity.

To do so, the Democrats must be the country’s majority party, united across factions to defend its namesake (democracy!) from an existential threat. And, today, it is in perilous danger of doing just the opposite.

Following the Iowa caucuses, it is clear, if it wasn’t before, that the Democratic Party is perilously divided and organizationally dysfunctional. The most popular candidate with the party’s activist base is Sen. Bernie Sanders, a self-described socialist rejected by the Democratic establishment as a carpet-bagging populist pretender.

At the same time, the party’s national poll leader, former Vice President Joe Biden, epitomizes that very same establishment. While both are older white men — the Democrats are not immune from the same demographic and institutional factors shaping the GOP — they represent starkly different approaches to governance in a post-Trump America.

Sanders will win New Hampshire after Iowa; Biden will take South Carolina. The candidates will stage a long and likely vicious fight to try to prove each is better placed to beat Trump in a winner-take-all presidential election. But this fight will only deter that very outcome; it will exacerbate the party’s already deep economic, social and ideological cleavages, and it will block a unified majority.

By definition, any broad, majority party will have factions and cleavages. But the 2020 Democrats’ initial 20-plus pool of candidates, the stridency of their social-media warriors, and the continued dysfunction of Democratic National Committee’s primary process tells you all you need to know about the divided state of the Democratic Party.

As a result, this divided party is indeed the most immediate threat to the American democratic experiment.

Fortunately, there is a solution that will leave seasoned analysts of U.S. politics aghast but seems perfectly natural to a comparative political scientist like me. The Democrats must form a coalition. The presidential ticket should be Bernie-Biden, or Biden-Bernie. And together they can defeat Trump and the Trumpist GOP.

Is Bernie not a “true” Democrat with an unrealistic, left-wing policy agenda? Is Biden too emblematic of the party establishment? Perhaps — but so what? Both agree defeating Trump is the party’s overwhelming priority. A joint ticket enables Democrats to spend the next nine months negotiating unity rather than exacerbating disunity.

Prominent Bernie supporter and leftist superstar Rep. Alexandria Ocasio-Cortez has already laid the groundwork for this political constellation, probably unintentionally. Ocasio-Cortez claimed that in another country — say, one governed by a parliamentary system — she and Biden would be in different political parties. That’s true! And that’s also the point. In a parliamentary system, moderate Democrats and the Democratic Socialists could, and almost certainly would, form an electoral coalition to displace Trump.

Here and now, in the American system, the institutional and ideological forces preventing their coming together without a bruising fight is driving the divisive chaos unfolding in the primaries.

To be sure, U.S. presidents generally do not pursue a “team of rivals” approach to governance, especially before an election. And the bad blood between the party establishment and the Sanders camp is clear for all to see. But then the urgency of uniting to defeat Trump is even clearer.

Helpfully, this majority coalition already has a perfect name: the democrats. Just emphasize the lowercase “d.”

Mark Y. Rosenberg is CEO of GeoQuant and adjunct professor at Columbia University’s School of International and Public Affairs.