Home
Stocks
Outside the Box: Racism is hurting Black children in schools, hospitals — even day care — and it’s up to adults to protect them
Prev Article Next Article
This post was originally published on this site 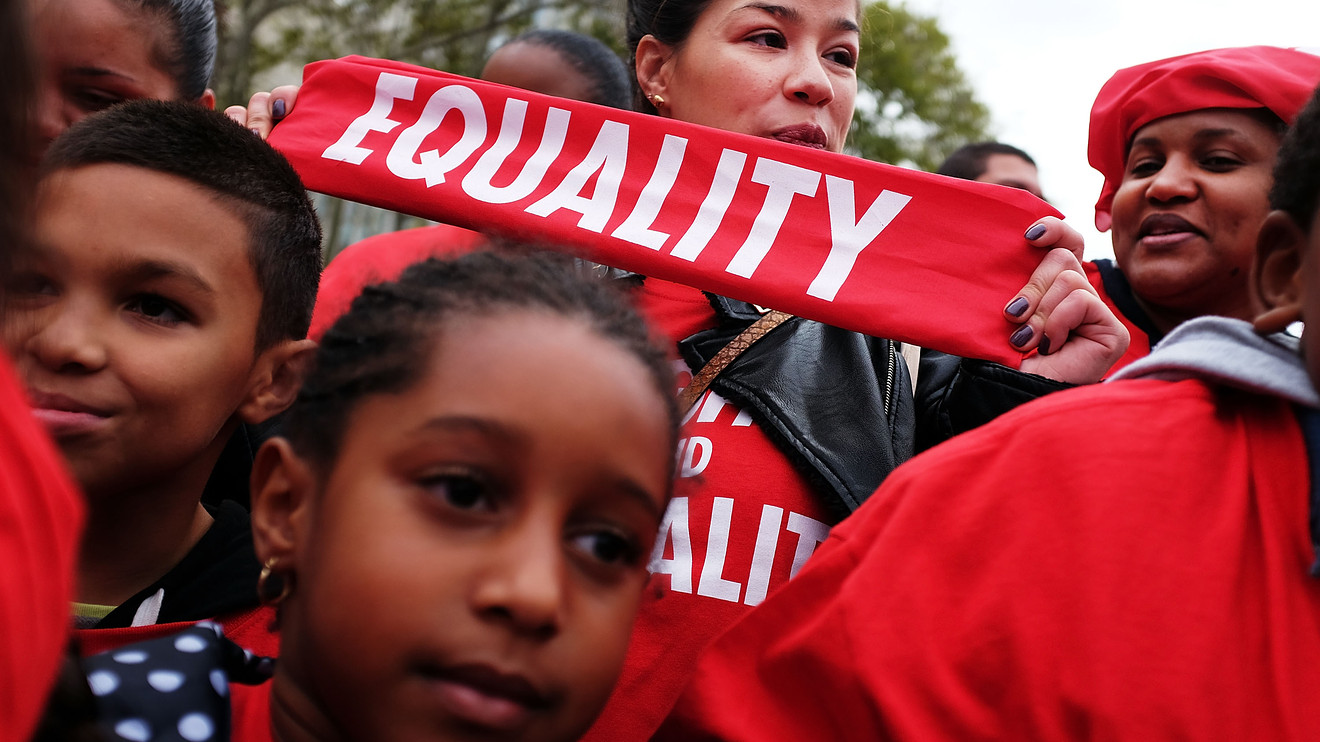 The young girl stopped and looked down, frozen with a sense of shame she didn’t deserve. “Hello? Are you going to pay for that?” the tall white man asked, accusingly. The girl was my client, a 15-year-old whose first “mistake” was shopping while Black.

“Yes,” she answered. But the man’s racial profiling is something this girl will remember — and it won’t be the last time she feels racism’s sting.

Racism forces non-white children in the U.S. to pay compounding costs with their well-being. It starts early and doesn’t stop. In fact, racism starts even before Black children take their first breaths with Black mothers dying in childbirth three to four times more frequently than their white, non-Hispanic counterparts. Black babies die at twice the rate of their white non-Hispanic counterparts. The Black maternal health and infant mortality crises inflict disproportionate and terrifying impacts on the lives of Black babies and the mothers who carry them.

The impact of racism aimed at Black babies’ mothers threatens the sacred mother-baby attachment. This is trickle-down racism, where racism towards Black parents harms Black children. There are many instances where a Black baby has been left motherless after medical professionals didn’t sufficiently treat the mother’s complications.

The attachment between Black babies and their parents can also be severed by the disproportionate testing and criminal prosecution of Black mothers for intrauterine drug exposure. The unspoken insult — that Black mothers are irresponsible drug users and more likely to harm their children — is one factor that leads to 53% of Black children being investigated as possible victims of abuse and neglect, versus 23.4% of white children who are ever under the invasive gaze of the child protection authorities. These investigations can too easily result in Black babies being unnecessarily torn away from their mothers, fathers and siblings, disrupting their developing emotional attachment and sense of security.

My earlier career as a social worker and intake counselor for children at risk of abuse afforded me plenty of opportunity to observe racially biased practices. But it wasn’t until after I became a lawyer that I had my first professional encounter with trickle-down racism. My client was a Black baby, just days old, who after a premature birth was in the NICU due to special medical needs. The hospital staff assumed that his mother had exposed him to drugs in utero and decided to test both him and his mother.

Even after the test results were negative, the medical professionals at this hospital — who had sworn to do no harm — continued to ostracize the baby’s mother and use accusatory and dismissive tones with her. Feeling belittled and disrespected, the mother began to visit her baby less and less, which harmed the boy’s relationship with his mother and also raised the medical staff’s concern that she was emotionally neglecting her child.

Fortunately we were able to find a way to repair this harm and maintain the baby’s connection to his family. But nothing is free. The hospital, the government, and the local court system all paid the price of their employees’ time and talents to prevent the even greater cost of putting the baby into foster care.

The cost of racism turns personal as Black babies grow into Black toddlers. Studies show that Black toddlers are expelled and suspended from preschool twice as often as their non-Black peers. This discriminatory treatment has a deep and devastating impact on these young Black children. Exclusionary discipline is associated with horrendous educational outcomes, including lower test scores, higher dropout rates, and increased rates of juvenile justice system involvement.

I have heard older Black students explain how suspensions make them feel that they must be bad people, when often trauma or disabilities are the cause of their problematic behavior. The untreated trauma, unsupported disabilities, and poor self-image might sound like personal problems, but all of us pay the price of this neglect when Black children are swept into the taxpayer-supported juvenile justice system and the preschool-to-prison pipeline.

Read: The only way to truly solve the race problem in America is to narrow the wealth gap, black economists say

Many Black youth pay for racism with their lives, and those who live are not exempt from its impact. Consider: A young Black girl is flipped and thrown to the ground by her school resource officer . A missing Black queer youth is forgotten by those who are supposed to support and protect them. A black teenager views the violence that is happening to kids like him on TikTok.

Black children are paying for racism 24/7. They are paying for the racism inflicted on them, on their parents, and even on their ancestors. Race-based toxic stress assaults every aspect of Black children’s physical and emotional health. Fear accompanies them as they walk home in a hoodie with Skittles and a can of iced tea. Cortisol levels and the “fight, flight or freeze” response are elevated. Even if Black children survive racism in their childhood, it may still overtake them in adulthood via life-threatening pregnancy conditions, cardiovascular disease, or chronic pain.

Treating children for racial trauma is a good first step and offers tools to confront the painful realities of racism that Americans have allowed to persist. But treatment will only discount the cost of racism. To actually cut the cost of racism, adults will have to work much harder. We will have to have difficult conversations and include Black children and youth’s perspectives at the table. We will have to own up to the biases in ourselves and in our institutions. We must acknowledge where biases can add to Black children’s pain and build in checks against those biases. Lawmakers will have to agree on policies that root out systemic racism in hospitals, day care, foster care, juvenile justice institutions, schools, and all the environments that impact Black children’s lives. This seems a small price to end the heavy costs our society forces Black children to pay for being Black.

Aubrey Edwards-Luce is senior director of child welfare and juvenile justice at First Focus on Children, bipartisan advocacy organization dedicated to making children and families the priority in federal policy and budget decisions.

Read: How America perfected the ‘art of demonizing Black men’

More: The pandemic is accelerating the racial wealth divide. Here’s how we turn it around