Home
Market
Pandemics Are Breeding Grounds for Trade Wars
Prev Article Next Article
This post was originally published on this sitehttps://i-invdn-com.akamaized.net/content/pic9c9b1d99190e0af7649d384e079e7a0c.jpg 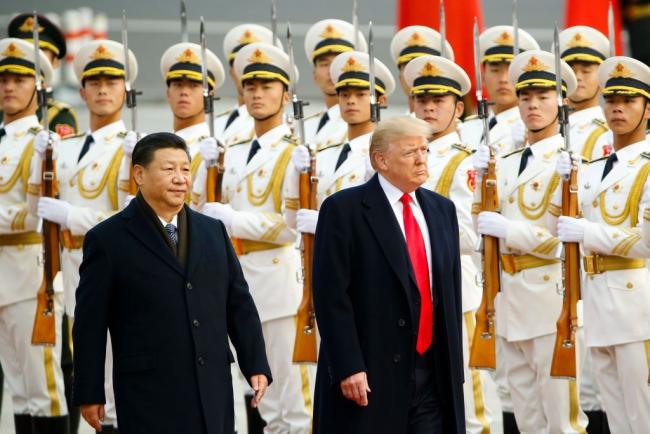 (Bloomberg Opinion) — As coronavirus continues to spread outward from China, it’s tempting to see this as a uniquely modern problem, born of the unprecedented ease with which goods, information and people move around the world. In reality, such outbreaks have flourished for centuries thanks largely to a single factor: international trade, the original pandemic superhighway.

Consider for a moment the biggest pandemic in recorded history: the bubonic plague. It ripped through Europe beginning in 1348, killing off a third of the population. Even then, it wasn’t finished, returning in subsequent decades for numerous encores. Though the plague’s precise origins in Asia are still disputed, historians agree that it arrived in Europe via the Crimean port of Kaffa.

Merchants from Genoa stopped there on their way back from China carrying a wide variety of goods – and, unwittingly, Yersinia pestis. They returned home, where other merchants picked up the plague before spreading it throughout Europe. The merchants themselves served as hosts, but so, too, did the ubiquitous black rats that thrived alongside humans. (The rats had arrived as stowaways from Asia on earlier trading voyages.)

This story, one of many recounted by Mark Harrison, a historian at Oxford University, highlights the outsized role that global trade has played in promoting pestilence. It was also clear to people at the time in spite of their medieval understanding of germs, Harrison noted.

As the plague became a pandemic, suspicion fell on merchants, and cities began restricting their movements. But it wasn’t until 1397 that port authorities in Dubrovnik hit upon a clever a way to deal with merchants of death: keep them sitting aboard their ships until they died or got better. The quarantine was born.

Each time the plague revisited Europe in subsequent centuries, the perceived – and very real – connection between trade and disease became more firmly entrenched in people’s minds. This in turn informed how city states and kingdoms responded to the outbreak of disease. By the 1580s, over a third of the so-called “plague decrees” focused on trade and the quarantine of goods from abroad.

Daniel Defoe, the English trader best known for penning “Robinson Crusoe,” voiced a widespread belief in the 1600s that the plague had arrived in “Goods brought over from Holland, and brought thither from the Levant,” the heart of the Middle East. Again, this was not far from the truth: The textiles that dominated long-distance trade likely hid plague-bearing fleas.

Still, a growing number of merchants questioned whether the cure might be worse than the disease. They began pushing back at quarantine measures almost as soon as they were introduced. A typical petition filed by merchants in Spanish Seville in 1582 claimed “intolerable harm and injury.” Sure, plague is bad, these merchants conceded. But the economic consequences? Catastrophic!

This tension inevitably surfaced during future epidemics, with commercial interests counseling a more conservative approach to reining in disease, and governments opting for more stringent measures. But in the 16th century, political leaders realized that quarantines could be used for another purpose altogether: kneecapping rival nations. The Dutch, who had become a global trading powerhouse by this time, learned this the hard way.

At the time, the Dutch had a reputation for putting profits ahead of public health. When rumors began that the plague had returned to Amsterdam in 1663, the British imposed quarantines on Dutch ships. The “contagion malady” was nothing worrisome, the Dutch replied; borders should remain open.

The truth was somewhat more complicated. The plague in Amsterdam was real, but so were British and French ambitions to cut the Dutch down to size. Quarantines solved both problems. As tensions between these imperial powers rose, each began to use disease as an excuse for undercutting each other’s trade, with the Dutch suffering the most. By the end of the century, quarantines had become glorified tariffs, used largely to keep foreign goods at bay.

This may help explain why some of the first successful attacks on the quarantine came from free-trade advocates. This movement took off in 19th-century Britain, when a growing number of politicians and economists helped repeal protectionist measures like the Corn Laws, and free traders soon turned their attention to the quarantine laws, which the Times of London characteristically described as “absurd and antiquated.” They might as well have described them as “medieval.”

This movement came at an opportune time. By the 19th century, epidemic diseases that traveled trade routes – yellow fever and cholera, most notably – proved far less responsive to quarantines. This alone opened the door to a change of policy. It helped that Great Britain, which had the world’s largest navy and the biggest economy, had the power to force recalcitrant nations to abandon their attachment to the quarantine.

Britain succeeded – up to a point. It convened international sanitary conferences designed to remove quarantines and foster cooperation on containing epidemics. But new diseases undid much of the tilt toward internationalism by the end of the century.

Rinderpest, bovine pleuropneumonia and trichinosis, which affected livestock, not humans, led to bans on imports from countries where the diseases went unchecked. As always, though, it was hard to distinguish the motives behind these measures. If Germany refused pork from the U.S., was this a public health measure, or just plain protectionism?

In the 20th century, the vexed historical relationship between trade and disease largely fell away, save for a few isolated episodes. But what’s happening now suggests that this relationship may be resurgent.

As the coronavirus began to rage unchecked, it followed paths that China has been building for 30 years. The pattern will only intensify in the coming weeks.

So, too, will the response. President Donald Trump’s fondness for isolationism and protectionism has primed him and his top aides to view the outbreak as a once-in-a-lifetime opportunity to slow China’s rise.

We’re already seeing evidence of this. When discussing the outbreak, Commerce Secretary Wilbur Ross couldn’t resist taking a self-described “victory lap,” claiming that the pandemic will bring back jobs to the U.S. The statement struck many observers as bizarre and nothing more. But when paired with the president’s own claim that the outbreak would “have a good ending for us,” it becomes easier to envision a resumption of the strategy that hobbled the Dutch: fears of a pandemic serving the protectionist aims of politicians.