Home
Stocks
Paul Brandus: Trump can help his re-election by doing the one thing he won’t do in the State of the Union address
Prev Article Next Article
This post was originally published on this site 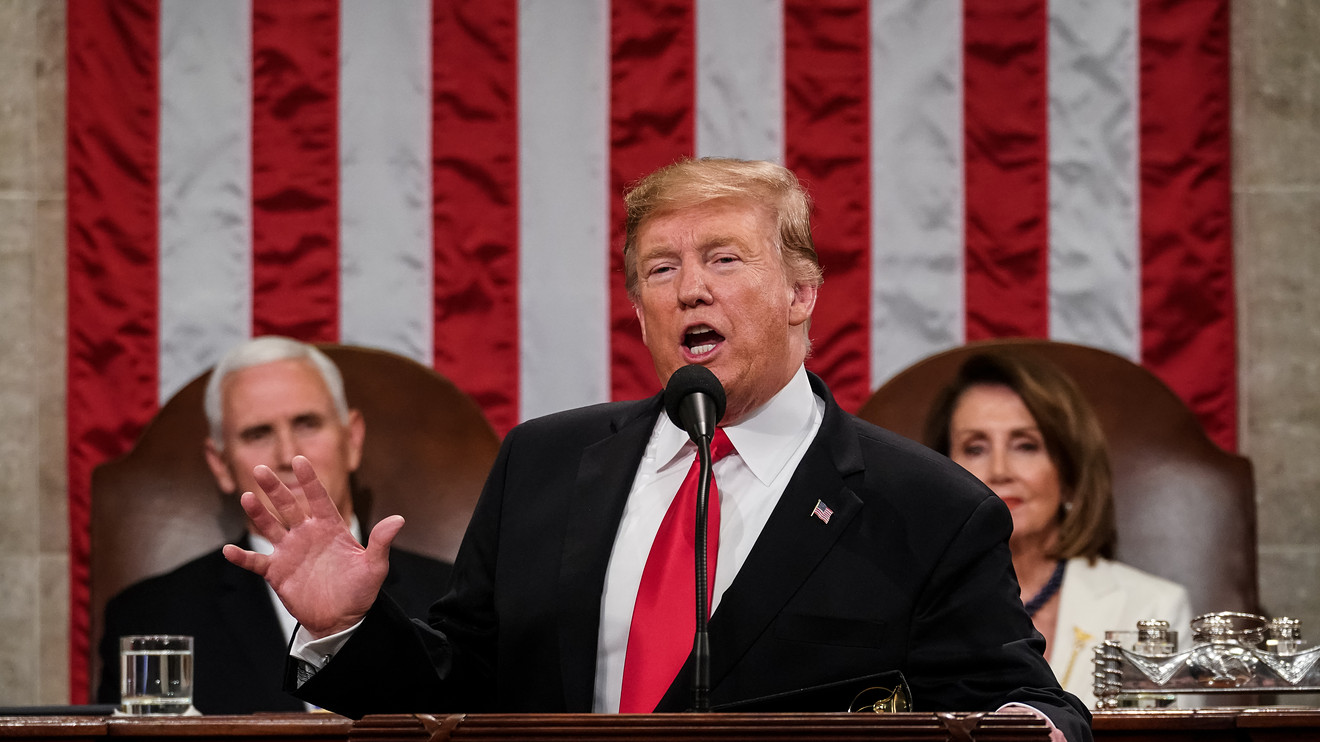 At Tuesday’s State of the Union address, President Trump will be formally introduced by House Speaker Nancy Pelosi. By tradition, the Speaker says something along he lines of “I have the great honor of introducing to you the president of the United States.”

Some honor. Pelosi spent the last five months of 2019 overseeing Trump’s impeachment and considers him a coward, bully and traitor.

“Why do all roads lead to Russia?” she asked him last fall in the Cabinet Room. These two constitutional officers hold each other in utter contempt.

The president speaks on the eve of his Senate acquittal. Because it takes a two-thirds majority—67 votes to convict—he has nothing to worry about. Except his legacy. Trump will always be, like Andrew Johnson and Bill Clinton, an impeached president. It is a stain that will forever be with him, and Trump—who fears humiliation and being laughed at more than anything—is livid. He wants his pound of flesh. He thinks he’s the victim here, and will air his grievances every chance he gets.

But some things are more important than the hurt feelings of a 73-year old man. Trump—facing a difficult re-election—could better help himself by focusing on things that, according to polls, are going well in this country.

Read: How the stock market has reacted to State of the Union speeches

To wit: A recent Gallup survey shows that 84% of Americans are satisfied with the “overall quality of life” in this country—up from 68% when Trump took office three years ago. More than two-thirds—68%—are satisfied with “the state of the nation’s economy,” up from 46% in 2017. These are big jumps, and the president will get more mileage from mentioning things like this than whining about how Democrats are treating him.

To be fair, it’s also worth noting that Americans are also dissatisfied with a few things. More than half say “the quality of the environment” has worsened since Trump took office (he has weakened scores of air and water safety laws), and the number of those critical of “the level of immigration” and “the Social Security and Medicare systems” has worsened on the president’s watch.

These two things are connected. Trump has worked to lower even legal immigration levels, which critics say has kept—in an era of big labor shortages—badly needed workers from coming in. The president has also hinted of “reforming” Social Security and Medicare in a second term—a code word for cuts. It’s worth noting that Social Security is dipping into its reserves this year to pay benefits, which are soaring as 10,000 baby boomers retire each day. The tax base to support entitlements could be expanded by allowing more workers in, but the president won’t do that. Something’s got to give.

As usual, the story is this: Things aren’t as bad as Trump’s opponents say—but they’re not as good as his supporters say, either. The fact is unemployment is at a half-century low. But it’s also a fact that the economy has been slowing for the last two years. It’s also s fact that the deficit has soared on the president’s watch and is now back in trillion-dollar territory for the first time in nearly a decade. Republicans get the blame here: They controlled both the House and Senate for the first two years of Trump’s presidency. All this red ink gets piled onto the debt, which was high when Trump came in—$19 trillion—and is now $23.2 trillion. It is projected to hit $31 trillion by 2030. The nonpartisan Congressional Budget Office says that’ll be nearly equal to GDP. The president—as his predecessors did—is sticking our children and grandchildren with a big tab.

These are among the narratives that will define this election year. But the principal issue will, of course, be Trump himself. Two poll aggregators — RealClearPolitics and FiveThirtyEight show that Trump’s overall approval has yet to touch its all-the high, set in January 2017 at the onset of his presidency. From an economic standpoint, it’s astonishing that with 3.5% unemployment and steady—but not spectacular—economic growth—he remains mired in the low-to-mid 40s.

Trump’s numbers continue to be weighed down by his divisive personality, his pettiness, immaturity and dishonesty. Any other president with a good economy would be soaring: After Bill Clinton’s impeachment, his Gallup approval soared to 73%. One thing that helped was that after his Senate acquittal, Clinton came out into the Rose Garden and apologized to the nation for his actions. A bit of contrition would send Trump’s numbers higher, and a nationwide audience like a State of the Union, would be a good place to do it. But don’t hold your breath.