Home
Stocks
Peter Morici: Bloomberg’s plan to boost 10 depressed cities is a folly
Prev Article Next Article
This post was originally published on this site 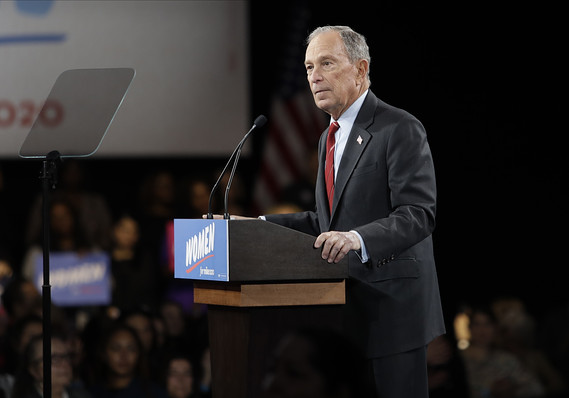 Democratic presidential candidate Michael Bloomberg wants to target investment in places that have been left behind.

Inequality and the flagging fortunes of rural communities and smaller interior cities is hardly a new issue. Sen. John Kennedy devoted considerable energy to the plight of New England towns as textile factories moved south for lower wages and taxes.

All those promises are terribly difficult to keep.

Entitlements account for more than 60% of federal spending, the federal deficit is over $1 trillion and further taxing the wealthy will reduce incentives to invest in capital expansion, new ventures and R&D.

As conditions in Western Europe demonstrate, redistributing income and wealth slows growth and makes the pie smaller and ultimately feeds populisms and in France, the Yellow Jackets.

Trump’s individual tax cuts increased consumer spending but did not boost business investment. So far tariffs and trade deals have focused too much on what can’t be recaptured — most jobs lost in manufacturing.

Tariffs have done more to move export sweatshops from China to places like Vietnam than to Ohio. Advancing robotics and competition requires that factories that do return will employ many fewer workers.

China is investing heavily in the next wave — artificial intelligence, which both destroys service jobs like insurance adjusters and drivers and creates new ones for software programmers and engineers. Meanwhile, both Democrats and the Trump administration are increasingly hostile to big tech companies critical to competing in that realm.

The rise of the superstar cities on the two coasts and in the South—Boston, Seattle, Austin and others—and recent migratory patterns demonstrate taxes are not as important as world-class universities and highly skilled workers for attracting high paying jobs.

Still, taxes matter more than Democrats will admit but less than Republicans claim.

California, New York and Illinois are losing more residents than they are attracting from other states, especially income-tax-free Texas and Florida. The leavers appear to be concentrated among the very well off who can take their careers and wealth with them and the working class earning less than $50,000. The latter indicates housing costs and how well taxes are spent on public transportation, education and other vital services matter a lot.

The rural South and small towns and cities in the Middle West are falling further behind the rest of the country. Those places are isolated and young folks there often lack access to skill-intensive education.

Presidential hopeful Michael Bloomberg proposes to select 10 cities in those regions for intensive development — grants and tax breaks to boost universities, worker training and private investment to create new technology hubs. This mirrors a proposal by the liberal Brookings Institution and would expand to 30 cities as the mold for success was established.

It all looks like what has failed before. Giving more money to universities does not increase practical R&D and skills-focused education. They like to spend new money on teach-ins about social justice and policing the speech of faculty and students.

For decades, state and federal governments have been giving grants, tax breaks and various other free lunches to businesses to locate in lagging jurisdictions but economists find those generally move investment around among communities rather than increase overall capital formation.

It would be better to lend money directly to traditional students and adults seeking new skills to attend school—be it for college, technical school or an apprenticeship—but require the training institutions to put up half the loans. Universities could float bonds backed by their land and buildings.

Then if the universities and private schools don’t adequately train their students, they don’t get paid and would face selling off their football stadiums and dining halls. Surely, that would refocus their priorities.

Reskilling America and boosting mobility with relocation grants to workers with verifiable job offers would do more good than the federal government choosing 10 cities to advantage over the rest of the nation.