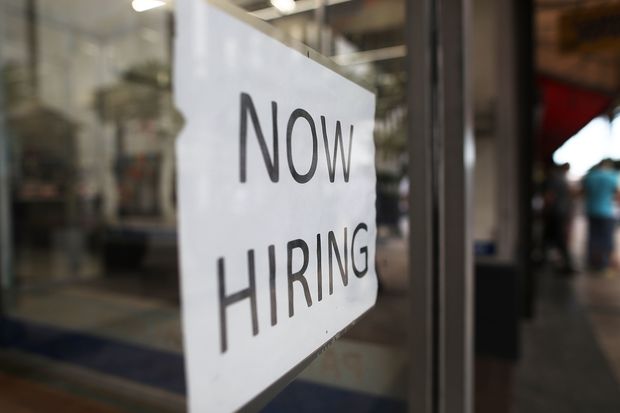 Whether it’s a second term for President Donald Trump or a Joe Biden administration, creating pathways for the unemployed, youth and minorities to better jobs is critical for the success of the economy.

When the states shut down their economies, governors expected the crisis to be brief and jobs to return within a few months. Sadly, too many small businesses have permanently shuttered and big enterprises such as American Airlines AAL, -2.72%, AMC AMC, -8.78% and Brooks Brothers are succumbing to competitive pressures that have been building for years.

Cities were losing their allure even before the pandemic. Zooming and the Cloud make remote work easier, and the number of workers and residents in Manhattan and other urban centers will be fewer even after the health crisis passes.

Suburban homes will feature more offices, but class and racial divisions will harden.

For now, distance schooling is crude, challenges student attention spans and stresses parents but that’s because it’s mostly being done in a panic. If schools learn—like universities—to harness high-quality media into engaging formats, children may prefer learning at home a few days a week.

That’s great for parents in professional positions who can work remotely but for the struggling working class, facing fewer opportunities in cities, lower wages and less able to help children with schoolwork, it will be a hardship.

All this will create enormous conflict between low-income parents who want schools open for breakfast and lunch five days a week, and those professionals who might prefer leaner schedules.

It’s easy enough to subsidize high-speed internet connections for low-income households, but mandating higher wages and unions, as the social justice advocates and Joe Biden propose, would raise prices and destroy as many jobs and lives as it improves.

Middle-class professionals will purchase more delivered meals and groceries, render jobless public-facing service workers and further segregate society. It’s quite easy for middle-class, college-educated suburbanites to support social justice in chat rooms and at churches, while they work from home, don’t see many poor minorities, and meals and children’s clothes are delivered by DoorDash and Amazon AMZN, -0.38%.

Reshoring factories will spread beyond face masks and prescription drugs. For example, Nokia’s and Ericsson’s production in China are becoming hostage to the Huawei confrontation and looking to move supply-chains to safer locations. And other manufacturers in China, like Foxconn, are rethinking supply chains for production not earmarked for its domestic market.

This movement won’t recreate assembly-line jobs and unions, as Joe Biden’s Buy-American platform promises. Instead reshoring and the shift to distance learning, working and collaboration will create plenty of new jobs in technology spaces—especially in software engineering, content development, sales and managing networks.

Too often those jobs are not where recent high school graduates and the unemployed live, and beefing up local community college programs—the centerpiece of Biden’s response—won’t put aspiring workers in the right places with the right skills.

Generally, those pay $15 an hour and after two years of training result in jobs that pay better than the average new college graduate earns. However, students generally need to live near a program to enroll.

Loans are needed for transportation and housing so that new enrollees may relocate to programs that fit their interests and aptitudes. To ensure everyone has skin in the game, the student, bank and sponsoring firm should share the risk when students fail to complete programs and land suitable jobs.

We need to stop trying to send so many young folks to college—where too often they simply do not acquire the jobs skills needed for a rapidly evolving economy. Instead, it would be better to create a marketplace for skills training and employment among enterprises that the unemployed, youth and minorities could access.

Peter Morici is an economist and emeritus business professor at the University of Maryland, and a national columnist.