Home
Stocks
Peter Morici: There’s not a lot the Fed can do about a coronavirus recession
Prev Article Next Article
This post was originally published on this site 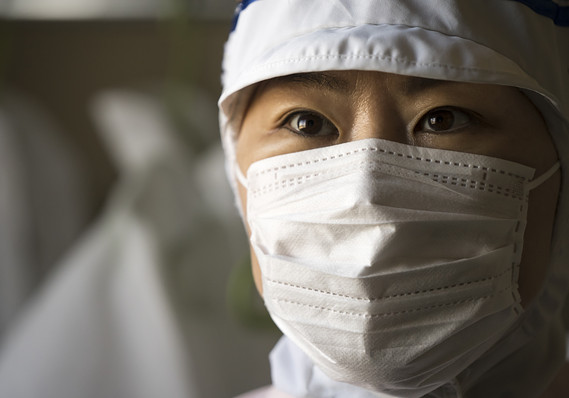 The coronavirus is like a terrible hurricane heading for the coastline — it’s gaining momentum but the public health and economic consequences are still quite tough to predict.

What is easier to say is that anything the Fed can do to assist the economy will be palliative—calls for the Fed and other central banks to act quickly are misplaced at best and more likely downright dangerous.

Breaking news: Keep up with the latest news on the coronavirus.

The most important thing to recognize is that fiscal and monetary policy—a quick tax cut or jolt of infrastructure spending and Fed interest rate cuts and bond purchases—will be akin to passing out candles. They won’t bring back electric power any quicker when the lines go down if utility companies don’t have enough trucks and crew. And shortages of what we need—not consumers and businesses unwilling to spend—is the coronavirus economic challenge.

Caroline Baum: Why the Fed can’t defend the economy against the coronavirus outbreak

Coronavirus is causing a recession in China—Beijing’s statisticians who serve the Communist Party’s political bosses will likely tell us growth sank from about 6% to 3% in the first quarter of this year but those numbers will be about as legitimate as the claims of a used car salesman about an old clunker.

American companies are integrated throughout China’s economy. They are under political pressure to maintain employment and not cut wages, but they are anticipating a potential 50% drop in revenue. That corresponds to a depression-level — not a recession-level — reduction in output.

Most importantly this demonstrates a supply-side induced disaster. White-collar workers may be able to accomplish some reasonable level of productivity working from home, but assembly-line workers must get to their jobs and be safe at their machines for Chinese factories to hum.

Travel restrictions keep many Chinese workers who traveled for the New Year’s holiday from returning to their job locations, If they do arrive, owners often do not have the necessary face masks and other materiel to keep them from potentially spreading the virus to comply with health authorities concerns about creating industrial incubators for a second-round contagion.

European and America businesses are economically impacted in several ways. Factories in both places may soon run out of critical components sourced from China and in many cases not be able to develop other sources of supply fast enough before inventories run out. Fiat-Chrysler FCAU, +0.32%  has already shut some European facilities and General Motors GM, -4.09%   and other U.S. auto makers have similar problems on the horizon.

The spread of the virus to northern Italy, in particular, is constraining production and instigating travel restrictions. Factories in Germany’s auto sector cannot get parts from Italy, and Milan’s fashion industry can hardly survive long without designers, marketing executives and so forth flying in and out.

American companies that rely on Chinese assembly — Apple AAPL, -3.56%   is the poster child —won’t be able to get products to sell to American consumers. Amazon’s AMZN, -2.62%  third-party vendors are particularly vulnerable as many are no more than branding and marketing operations for products sourced on contract or through factories they own in China.

Lower interest rates and quantitative easing, tax cuts and quick federal spending are fundamentally demand-side — Keynesian — tools and can’t fix any of that.

Also read: Fed’s Clarida says ‘still too soon to even speculate’ about impact of coronavirus

Lower interest rates and Fed asset purchases effectively give the banks more and cheaper money to lend to consumers and businesses, but they won’t borrow more if the stuff is not on the shelves and can’t be made without Chinese suppliers and components.

The same goes for putting money directly in consumer hands with tax cuts, or indirectly stimulating the economy with a sudden jolt of federal funding for the Center for Disease Control to allay public health concerns.

Certainly, the crisis has demand-side components. Chinese tourism and the cruise industry are drying up. Germany’s economy — and by derivation its suppliers elsewhere in Europe — are importantly dependent on exports to China and that market is obviously falling off.

Boosting demand a bit with a quick interest rate cut will make people feel good — someone in Washington is on the job — but the hard reality is the global economy is held by the throat by an authoritarian government in China whose incompetency is particularly laid bare in a public health crisis.

As China increasingly urbanizes, the frequency of these risks will increase.

If money is to be spent, it ought be targeted on disengaging European and American companies from their terrible dependence on China.