Home
Stocks
Peter Morici: Trump should offer a new deal for the middle class in his State of the Union speech
Prev Article Next Article
This post was originally published on this site 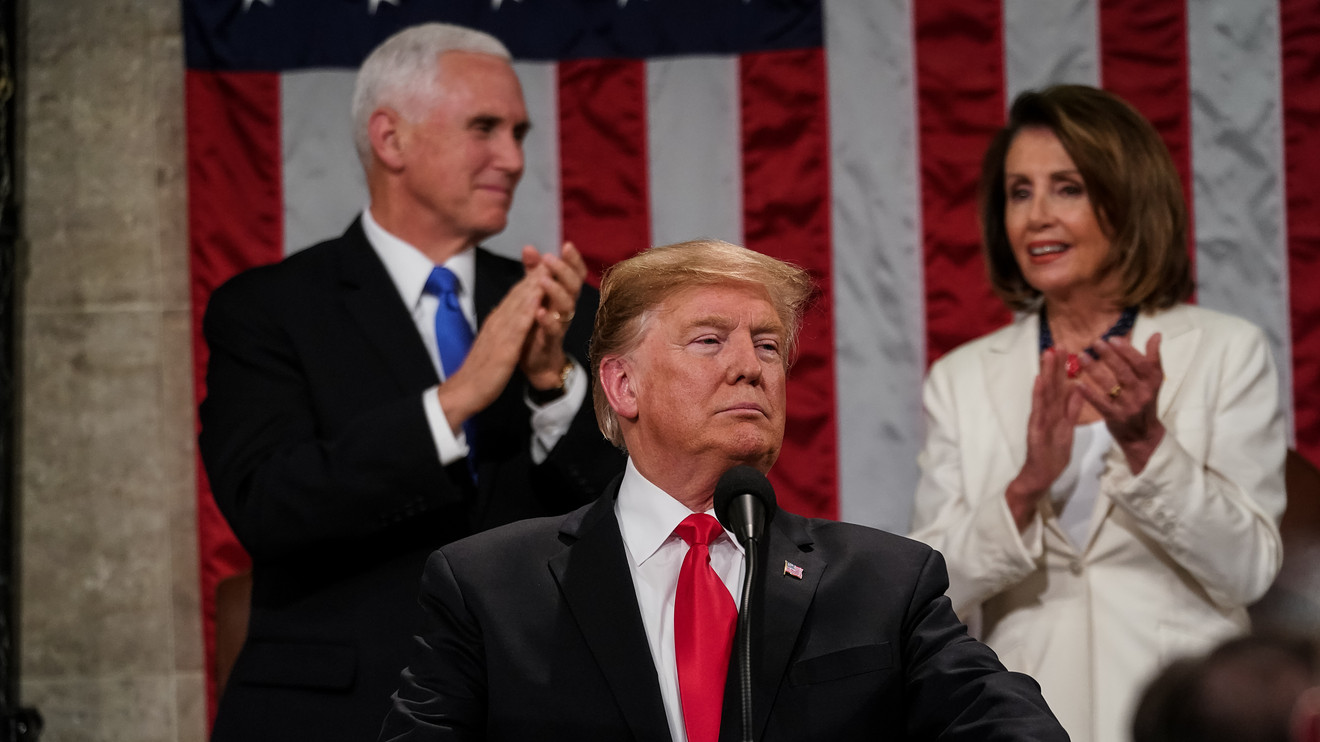 The State of the Union on Tuesday night offers President Donald Trump an opportunity to focus the nation beyond impeachment — importantly, to establish his second-term agenda and launch his re-election campaign.

Trump would be in good shape if the election were held soon after the Senate acquitted him. On his watch, economic growth has substantially outperformed both the Bush and Obama presidencies, unemployment is at historic lows, and women,minorities and lower-income workers are making notable progress.

Preview of the State of the Union speech

Congress has passed the United States-Mexico-Canada Free Trade Agreement, the “phase one” trade deal with China promises to significantly boost exports, and his court appointments will limit executive overreach in business regulation long after he leaves office.

Justice Brett Kavanaugh shifts the majority in the Supreme Court to a less-expansive view of executive branch authority. He is hardly hostile to environmental protections. Nor does he oppose, as the left charged during his confirmation, the evolving national consensus that accepts a woman’s right to reasonable access to abortion but with limits on late-term procedures once fetuses are viable outside the womb.

Coupled with the appointment of large numbers of conservative federal district and appellate judges, Kavanaugh’s presence should more effectively circumscribe the ability of federal agencies to regulate business beyond the specific parameters articulated by Congress in legislation.

However, the Boeing BA, -0.71%  737 Max production shutdown could slice 0.5% off GDP growth in the first quarter — the impact on employment and wages will be noticeable.

Growth should recover somewhat in the spring but as the two parties hold their conventions, Trump won’t be able to brag on the economy quite like he did during the recent holidays.

Democrats flipped the House in 2018 — not with radical, socialist rhetoric — but by emphasizing issues with traction with middle-class voters.

Median family incomes adjusted for inflation are about where they stood in 1999 but for items the American families consider essential — health care, higher education, homes, new cars and child care — costs have risen much more than the general price level.

In the State of the Union, the president should challenge Congress to take up a Middle Class New Deal. Democrats who opposed him would be saying no to the young college-graduates, women and suburban voters who gave them a House majority.

Initiate an infrastructure program to improve roads and mass transit and bolster climate change abatement. Even if financed by higher gas taxes that would boost growth, wages and stock prices.

Permitting the states to purchase imported drugs and more transparency in pricing, as the Trump administration proposes, wouldn’t do enough to change what most Americans pay. Instead the president should get behind the plan endorsed by Speaker Nancy Pelosi to benchmark drug prices to European and Canadian prices.

At least initially, electric cars will be even more costly than the gas models those replace. Extending the average tax credit of $5,000 for the first 200,000 electric vehicles each manufacturer sells to every first-time purchaser of an electric car or truck — assembled in North America and meeting USMCA content rules — would give the domestic battery and auto industries a huge boost.

Universities and private schools that sold young people bogus curriculum with promises of good paying jobs that only resulted in big debt should be brought to account. Their land and structures should be mortgaged through bonds to help young folks retire student loans.

Among the biggest barriers to building affordable homes is the cost of land. The president should assemble a bipartisan committee of governors to purpose model zoning regulations and push Congress to make federal funds for roads and mass transit contingent on adopting those.

Free-market fundamentalism will not deliver a sustainable majority to Republicans any more than the Green New Deal or other Trojan horses for socialism will for Democrats. This is an era of measured, activist government.

It is critical that activism be pro-opportunity and middle class, not rooted in envy and the economics of failure. It’s up to the president to articulate the vision.

More on the SOTU
Prev Article Next Article