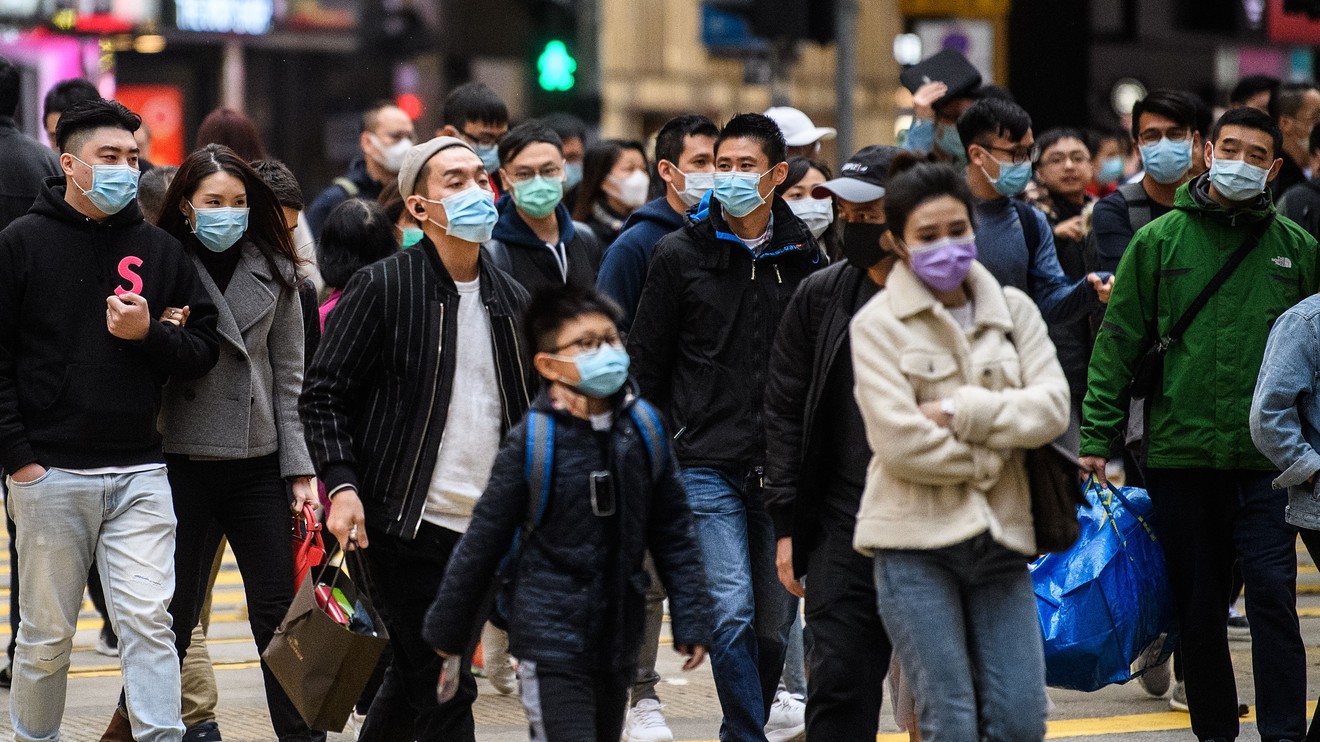 NEW YORK (Project Syndicate) — The panic generated by the new coronavirus, 2019-nCov, which originated in Wuhan, one of China’s largest cities and a major domestic transport hub, reminds many of the fear and uncertainty at the peak of the 2003 SARS crisis.

China’s stock market HSI, +0.15% SHCOMP, -2.75%  , after rising for months, has reversed itself in recent days, and global markets have followed suit, DJIA, -1.57% GDOW, -1.66%  apparently reflecting concerns about the epidemic’s impact on the Chinese economy and global growth. Are these worries justified?

Opinion: The main reason for the stock market’s decline is NOT the coronavirus

My baseline projection is that the coronavirus outbreak will get worse before it gets better, with infections and deaths possibly peaking in the second or third week of February. But I expect that both the Chinese authorities and the World Health Organization will declare the epidemic to be under control by early April.

Under this baseline scenario, my best estimate is that the virus will have only a limited negative economic impact. Its effect on the Chinese growth rate in 2020 is likely to be small, perhaps a decline on the order of 0.1 percentage point of gross domestic product.

The effect in the first quarter of 2020 will be big, perhaps lowering growth by one percentage point on an annualized basis, but this will be substantially offset by above-trend growth during the rest of the year. The impact on world GDP growth will be even smaller.

Such a prediction recalls the experience of the 2003 SARS crisis: a big decline in China’s GDP growth in the second quarter of that year was then largely offset by higher growth in the subsequent two quarters. While the full-year growth rate in 2003 was about 10%, many investment banks’ economists over-predicted the epidemic’s negative impact on growth.

Looking at annual real GDP growth rates from 2000 to 2006, it is very hard to see a SARS effect in the data.

Some fear that the epidemic’s timing — at the start of the week-long Chinese New Year celebration, and in the middle of traditional school-break travels — will exacerbate the economic fallout by keeping many people away from shops, restaurants, and travel hubs.

But three important factors may limit the virus’s impact.

First, in contrast to the SARS outbreak, China is now in the internet commerce age, with consumers increasingly doing their shopping online. Much of the reduction in offline sales owing to the virus will likely be offset by an increase in online purchases.

And most of the vacations canceled today will probably be replaced by future trips, because better-off households have already set aside a holiday travel budget.

Many factories have scheduled production stoppages during the Chinese New Year holidays anyway, so the timing of the epidemic may minimize the need for further shutdowns. Similarly, many government offices and schools had planned holiday closures independently of the virus outbreak.

The government has just announced an extension of the holiday period, but many companies will find ways to make up the lost time later in the year. The short-term negative impact is thus likely to be concentrated among restaurants, hotels, and airlines.

Second, all reports indicate that the Wuhan coronavirus is less deadly than SARS (although it may have a faster rate of transmission initially). Equally important, the Chinese authorities have been much swifter than they were during the SARS episode in moving from controlling information to controlling the spread of the virus.

By implementing aggressive measures to isolate actual and potential patients from the rest of the population, the authorities have improved their chances of containing the epidemic much sooner. That, in turn, increases the likelihood that the lost economic output this quarter will be offset by increased activity in the remainder of the year.

Third, whether or not China’s trade negotiators realized the severity of the Wuhan virus when they signed the “phase one” trade deal with the United States on Jan. 15, the timing of the agreement has turned out to be fortunate.

By greatly increasing its imports of facemasks and medical supplies from the U.S. (and elsewhere), China can simultaneously tackle the health crisis and fulfill its promise under the deal to import more goods.

The virus’s impact on other economies will be even more limited.

During the last half-decade, many major central banks have developed models to gauge the impact of a slowdown in China on their economies. These models were not built with the current health crisis in mind, but they do take into account trade and financial linkages between China and their respective economies.

As a rule of thumb, the negative impact of a decrease in China’s GDP growth on the U.S. and European economies is about one-fifth as large in percentage terms.

For example, if the current coronavirus epidemic lowers China’s growth rate by 0.1 percentage point, then growth in the U.S. and Europe is likely to slow by about 0.02 percentage point. The impact on Australia’s economy may be twice as large, given its stronger commodity-trade and tourism links with China, but a 0.04-percentage-point reduction in growth is still small.

Such calculations assume that the coronavirus does not spread widely to these countries and cause direct havoc. This currently seems unlikely, given the low number of cases outside China.

Of course, the impact on China and other economies could be more severe if the coronavirus crisis were to last much longer than this baseline scenario assumes.

In that case, it is important to remember that Chinese policy makers still have room for both monetary and fiscal expansion: the banking-sector reserve ratio is relatively high, and the share of public-sector debt to GDP is still manageable compared to China’s international peers. By using this policy space when necessary, China’s authorities could limit the ultimate impact of the current health crisis.

The coronavirus outbreak is understandably causing alarm in China and elsewhere. But from an economic perspective, it is too early to panic.

This article was published with permission of Project Syndicate — Will the Coronavirus Cause a Major Growth Slowdown in China?

Shang-Jin Wei, a former chief economist at the Asian Development Bank, is professor of finance and economics at Columbia Business School and Columbia University’s School of International and Public Affairs.