Home
Stocks
Project Syndicate: What would Franklin D. Roosevelt do?
Prev Article Next Article
This post was originally published on this site 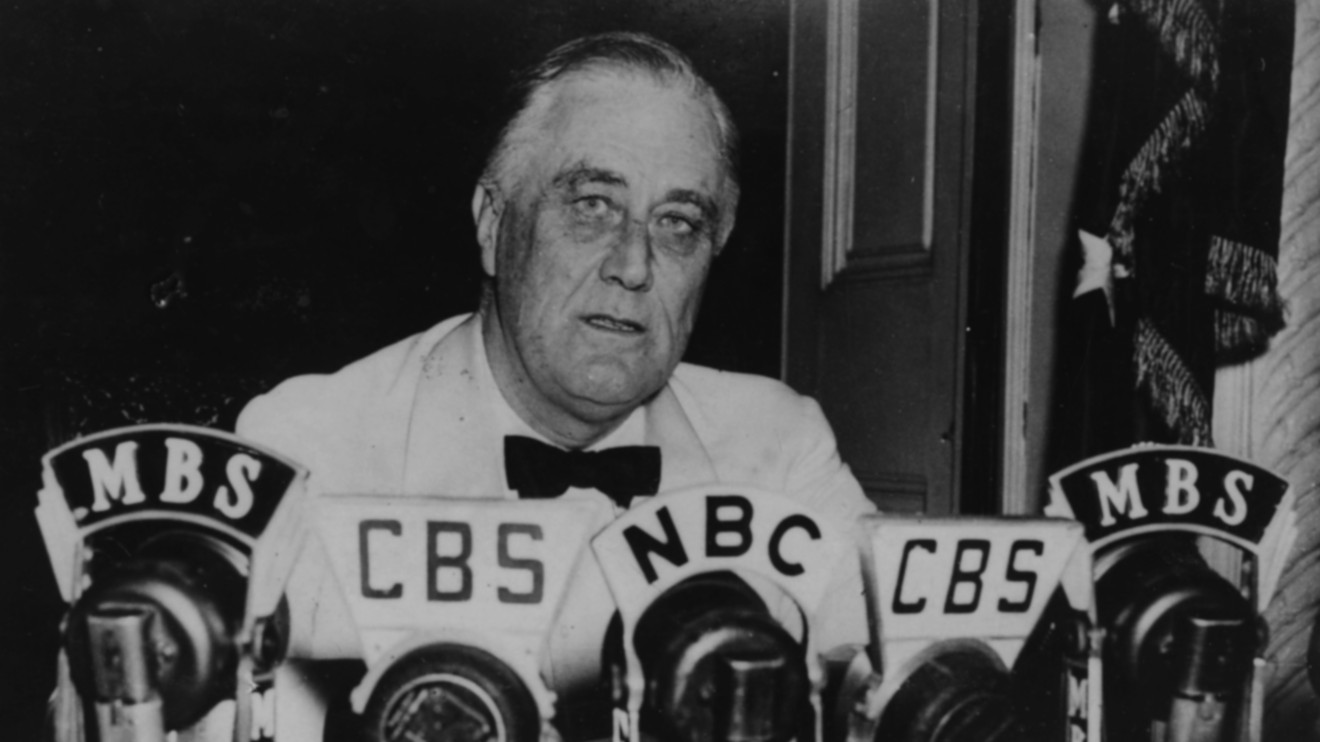 We are at war with COVID-19, and in wartime, civilian production grinds to a halt and the only work that is needed is for the war effort itself.

Moreover, a recession is sadly necessary to stop the spread of this virus.

In the United States, over 50% of jobs are at risk from layoffs, furloughs, reduced pay, and lost hours. Virtually every sector of the economy stands to lose a large chunk of its business, household incomes will be devastated, and spending by consumers and firms will rapidly decline.

One pandemic thus will lead to another — of unemployment. The avalanche of layoffs will bring a wave of defaults, bankruptcies, and depressed profits. The domino effect will continue across many domains, from collapsing state and municipal tax revenues and business failures to impoverished communities, declining health outcomes, homelessness, and “deaths of despair.”

How should governments respond? The same way the U.S. government did under President Franklin D. Roosevelt in the World War II era.

The first priority is to mobilize. That means building temporary field hospitals, drive-through clinics, and emergency health centers. It means cranking up production of essential equipment and medication, staffing health facilities adequately, and establishing support services for the hungry, homeless, and most vulnerable.

And it means deploying an army to disinfect airports, schools, and critical public places.

Second, we need to make it easier for people to stay home, such as by implementing short-term debt deferments (including on small business and mortgage loans) and suspending utility bills, as some European countries are already doing. Governments also should be providing income support in the form of extended unemployment insurance, food stamps, and housing benefits.

In the U.S., all work requirements for public benefits should be abolished, and the federal government should extend immediate financial assistance to state governments constrained by balanced-budget laws.

The coronavirus-response package recently adopted by the U.S. does not go nearly far enough.

As it stands, the legislation still would leave 80% of private-sector workers without medical and paid-leave coverage. The provision for free testing offers no solace to those who are already critically ill, or who will have lost their health insurance as a result of unemployment. The U.S. should use this occasion to make universal paid leave and Medicare for all permanent policies.

Another top priority is to provide emergency cash support to households. Talk of a universal $1,000 disbursement has gotten Americans excited — $2,000 would be better. But cash assistance alone will not be enough. On the contrary, without the aforementioned provisions and bold measures to plug the hole in the cratering labor market, much of the cash payout will be wasted.

When employment and income prospects are uncertain, sending cash to families is like pouring water into a leaky bucket. What the U.S. and other countries really need are policies to create good jobs once the crisis has passed.

That’s why, after taking all of the steps necessary for today, governments should mobilize again. Only big government, big public investments, and big public-employment programs will ensure a quick bounce back, rather than another protracted jobless recovery. In the last crisis, much of the stimulus fueled runaway inequality; this time needs to be different.

The situation demands not “nudges” or “incentives” but direct action on the model of the New Deal, the Interstate Highway System, and the Apollo Program.

Governments should use this crisis as an opportunity to launch a bold investment program for clean, green infrastructure, as envisioned in the Green New Deal. After all, another viral epidemic is inevitable, and the climate crisis demands FDR-like ambition and resolve.

Once the pandemic is behind us, we need to start hiring. Policy makers should already be preparing public-service and guaranteed-job programs for anyone who shows up at the unemployment office. And that job guarantee should be paired with training and education, to help workers qualify for better-paid private-sector employment when the economy recovers.

Until last month, commentators in the U.S. were still talking about labor-market slack from the 2008 financial crisis, and despite historically low official unemployment numbers. How long will it take to return to current employment levels after a pandemic that knocks a significant portion of the economy offline?

Without direct, guaranteed employment, we are looking at decades of elevated unemployment. Alternatively, a person with a living-wage job can pay a mortgage, buy a plane ticket, and go to restaurants. An ample supply of good jobs for all who want them is the surest way to bring every sector of the economy back to full health.

But how will the government pay for it all? The same way it pays for everything else.

It should not take a pandemic or a world war to remind citizens that the U.S. government is self-financing. U.S. public financial institutions – the Treasury and the US Federal Reserve – ensure that all government bills get paid, no questions asked.

All that is needed, then, is for Congress to appropriate the budget and design an effective policy for managing this crisis and those that will come after it. No one is calling for wealthy taxpayers or foreign lenders to “pay for” the response. That is not how a government that controls its own currency finances itself.

So, let us stop asking the trivial question of how to pay for it. Finding the money is never the problem. The focus should be on creating good jobs for the unemployed.

Pavlina R. Tcherneva, associate professor of economics at Bard College, is a research scholar at the Levy Economics Institute and author of the forthcoming book, “The Case for a Job Guarantee.”

This article was published with permission of Project Syndicate — What Would Roosevelt Do?