Home
Market
Puerto Rico oversight board eyes bankruptcy exit by year-end
Prev Article Next Article
This post was originally published on this sitehttps://i-invdn-com.akamaized.net/trkd-images/LYNXMPEG191RQ_L.jpg 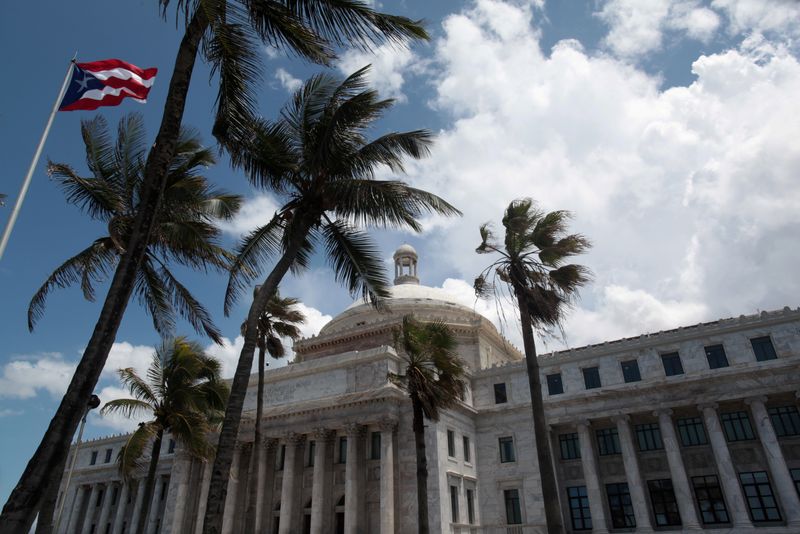 SAN JUAN (Reuters) – Puerto Rico’s long-running bankruptcy could cross the finish line by the end of the year under a schedule proposed by the U.S. commonwealth’s federally created financial oversight board, according to a court filing on Monday.

A report filed by a mediation team said exiting bankruptcy prior to the end of 2020 is in “the best interests of all parties” and that it supports the board’s schedule, which calls for a federal court confirmation hearing to begin Oct. 13 on a newly revised plan to restructure the Caribbean island’s core government debt.

Puerto Rico commenced a form of municipal bankruptcy in May 2017 to restructure about $120 billion of debt and liabilities.

Mediators acknowledged that confirmation of the so-called plan of adjustment for $35 billion of bonds and claims and more than $50 billion of pension obligations will be contested by certain creditors.

Meanwhile, oversight board executive director Natalie Jaresko defended the deal announced on Sunday with an expanded group of investors who own about $8 billion of bonds as a “significant win” that would reduce the $35 billion to less than $11 billion.

“We are doing a great deal in this agreement to protect the people of Puerto Rico and bring us out of bankruptcy,” she told reporters.

Approval of the deal by the board was not unanimous, with board member David Skeel tweeting on Monday that he “concluded there still are too many loose ends and I needed to vote no.”

Puerto Rico Governor Wanda Vazquez remains opposed. The island’s fiscal agency released a statement on Monday reiterating her position that if bondholders get better treatment so should retired government workers.

Under the agreement, general obligation (GO) bondholders would face average value reductions of 29%, which is lower than haircuts of 36% to 65% that were included in a prior plan of adjustment announced in September. Some GO bonds issued in 2012 and 2014 traded at higher prices on Monday.

Jaresko said the treatment of pensions, which includes a maximum 8.5% cut for retirees who receive more than $1,200 in monthly benefits, would not be revisited.