Home
Market
Reasons for optimism – and wariness – about the U.S. stock market
Prev Article Next Article
This post was originally published on this sitehttps://i-invdn-com.akamaized.net/trkd-images/LYNXMPEG291UQ_L.jpg 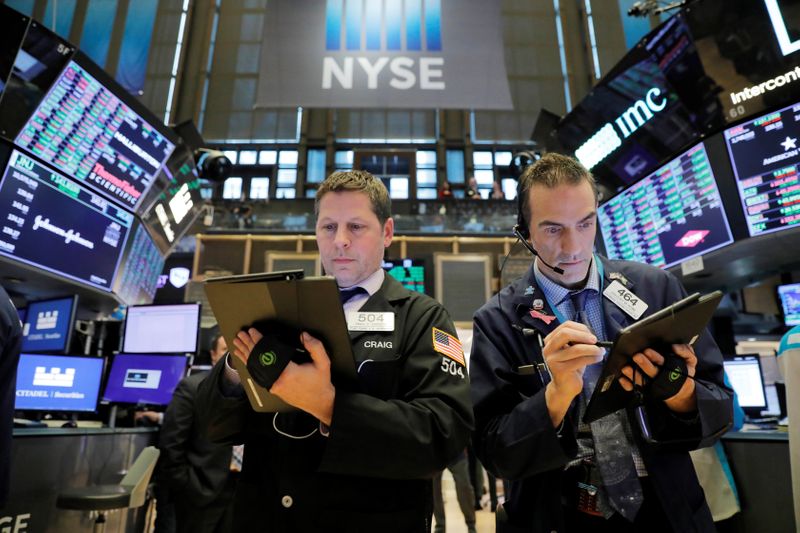 NEW YORK (Reuters) – A day after Wall Street suffered its worst one-day drop since the financial crisis, investors are faced with an unfamiliar dilemma: bet that stocks will bounce back from the cusp of a bear market, or avoid scooping them up for now over fears they are far from a bottom.

While investors have been rewarded for buying the dip during the 11-year bull market, the twin shocks of a global coronavirus epidemic and oil-price plunge have heightened uncertainty and shaken faith in strategies that have worked in recent years.

Here are four reasons to buy now, and four more that argue for a wait-and-see approach.

The cavalry is coming: More stimulus could soon be coming from central banks and governments around the world. Japan on Tuesday announced about $4 billion in spending to cope with the coronavirus’ economic impact, while U.S. President Donald Trump on Monday said he will be taking “major” steps to gird the economy, including a possible payroll tax cut.

Paying dividends: The cratering of U.S. Treasury yields to well below 1% may drive investors into dividend-paying stocks.

Three-fourths of S&P 500 companies had dividends yielding above the 10-year Treasury note as of Friday, according to commentary from U.S. Bank Wealth Management, “providing investors with both income and longer-term price appreciation potential.”

“The dividend income profile of U.S. equities has improved,” according to the U.S. Bank Wealth Management market update.

Playing the rebound: Even if the economy is in a recession, the average decline historically for the S&P 500 coinciding with a downturn is 28%, according to Keith Lerner, chief market strategist at Truist/SunTrust Advisory Services. But, Lerner said in a report, “once stocks find their low during a recession, a year later markets have climbed an average of 32% and a median of 37%.”

“Even if we were to see further weakness near term, markets would still be up double-digits from (Monday’s) level a year later, if past precedent holds,” Lerner said.

A more fearful market: The sell-off, in particular Monday’s big drop, indicates that “fear is now in the market” and showed behavior that is almost the opposite of the complacent behavior seen at the start of 2020, Lerner said in an interview. For example, the put-to-call ratio, a measure of investor protection against the downside for stocks, was at its highest since late December 2018, when the market bottomed during that slide.

“When expectations are low,” Lerner said, “a little bit of good news could go a long way.”

No clear end to the uncertainty: Investors have had difficulty trying to model the coronavirus’ ultimate impact on the economy, with Monday’s oil price shock exacerbating the uncertainty.

Economy may endure recession: On the heels of Monday’s steep sell-off, investors said stocks were increasingly pricing in a recession. Market slides have ranged widely during recessions, but in the last one, during the 2007-2009 financial crisis, the S&P 500 tumbled more than 50%.

Running out of silver bullets: While investors are hoping stimulus will help soothe markets, there is some doubt on how much it will help, especially from central banks that have already gone through a cycle of easing monetary policy.

Falling from a peak: Even with the pullback, some investors say stocks are not cheap. The valuation of the S&P 500, on a forward price-to-earnings ratio, climbed in February to its highest level since 2002, according to Refinitiv Datastream, following Wall Street’s roughly 30% gain last year.

“It is too early to start buying simply on the basis that equity indices have sold off from their all-time highs,” said Clark Fenton, portfolio manager of diversified returns at RWC Partners, in an emailed commentary.