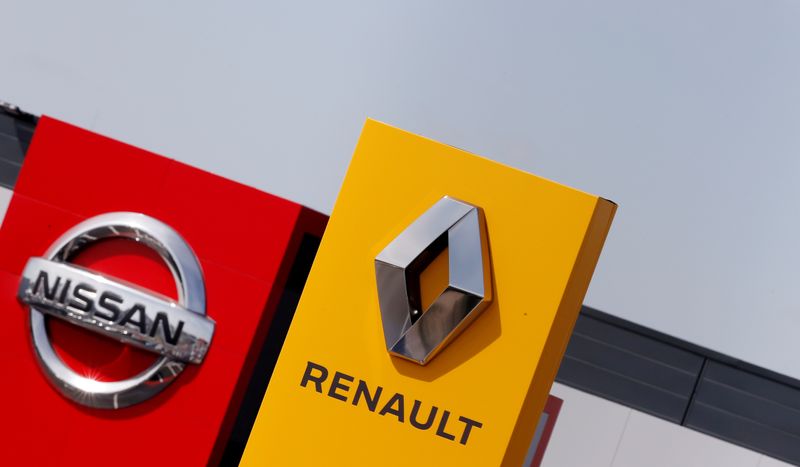 PARIS (Reuters) – Renault’s (PA:) engineering boss will meet his counterpart at Nissan (T:) in Japan this week, two sources close to Renault said, as the carmakers seek to revive projects crucial to an alliance left reeling by the Carlos Ghosn affair.

The Franco-Japanese alliance is wrestling with the fallout of the ouster and arrest of Ghosn, the architect of the partnership who now says it is at risk of collapse.

Analysts say that in order to turn investor sentiment around, the firms need to make good on cost-saving joint engineering projects that have slowed since Ghosn’s departure.

According to the two sources, Gilles Le Borgne, who was hired on Jan. 6 from rival automaker PSA (PA:), will meet Nissan’s Tsuyoshi Yamaguchi, the Nissan executive in charge of delivering the joint engineering projects.

Renault did not respond to a request for comment on Le Borgne’s meetings.

Renault-Nissan’s cost-saving alliance is vital to both companies as the car industry battles a slowdown and huge investments in cleaner vehicles and automated driving.

“The alliance has taken a hit, but the alliance engineering team is still there,” said a third source, who is close to the alliance. “You cannot, from one day to the next, stop something that’s been embedded so deeply.”

Japanese prosecutors arrested Ghosn — who was at the time the head of the carmakers’ alliance — in November 2018 and accused him of financial misconduct.

Ghosn slipped out of Japan and fled at the end of December to Lebanon. He says the charges were fabricated to force him out of an alliance in which the Japanese side no longer trusted its French partners.

Renault Chairman Jean-Dominique Senard has said both sides are determined to make the partnership succeed, with the joint projects a major focus.

Those projects will be on the agenda when the board of the alliance, which also includes Japanese carmaker Mitsubishi (T:), holds a regular meeting in Japan on Jan. 30.

One area of focus will be hybrid power systems, a field where, analysts say, the alliance has not effectively pooled its research and development efforts. Each of the three members of the alliance has developed their own systems.

“That’s been among the sources of the friction,” said the third source close to the alliance. “But now the three systems are there, we’ll need to use them in the most efficient way possible.”

Nissan will use the E-Tech hybrid system developed by Renault on its Juke small SUV, while Renault will use the Nissan-developed e-Power system on its Kadjar model, particularly in Asia, according to the same sources.

Mitsubishi is still using its own hybrid system on its best-selling Outlander.