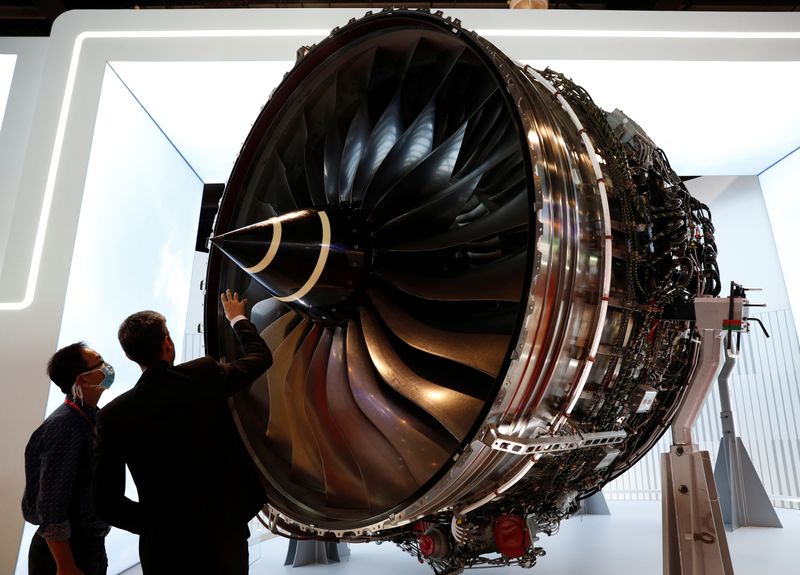 © Reuters. A man looks at Rolls Royce’s Trent Engine displayed at the Singapore Airshow in Singapore

Rolls said coronavirus was likely to hit air traffic growth in the near term, but long-term growth trends remained intact.

It said it expected core operating profit to grow by about 15% this year, with at least 1 billion pounds of free cash flow, in guidance which excludes any material impact from the outbreak.

The company has been working to resolve durability issues with its Trent 1000 engine, which powers Boeing’s 787 Dreamliner, with the blades in the TEN variant proving particularly problematic.

Airline customers have had to ground the aircraft for Rolls-Royce to carry out repairs.

It said in November it would take a 1.4 billion-pound exceptional charge connected with the issue.

Chief Executive Warren East said Rolls had made further progress on Trent 1000, with cash costs in line with guidance.

He said the company remained on target to reduce the number of aircraft on the ground to single digits by the end of the second quarter.