Home
Market
Ronaldo’s Juventus Drops Amid Fears Virus Will Keep Fans Away
Prev Article Next Article
This post was originally published on this sitehttps://i-invdn-com.akamaized.net/content/pic4242ad25034f7c8db99cd98ad1ccd6b3.jpg 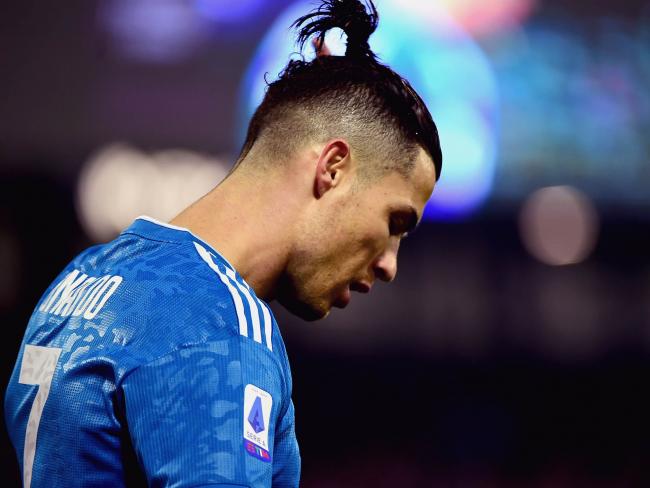 (Bloomberg) — Shares of Juventus Football Club S.p.A., home to star player Cristiano Ronaldo, fell as much as 14% in two days amid fears the coronavirus outbreak in northern Italy could lead to some top division matches being played in empty stadiums.

The Italian Football Federation is planning for some some Serie A games to take place behind closed doors, starting as soon as Sunday, BBC Sport reported, when Juventus are due to host fellow title contenders Inter Milan in Turin.

This follows Inter announcing Monday that supporters won’t be allowed at its home Europa League game against Ludogorets of Bulgaria on Thursday. Juventus has already temporarily closed its club museum and suspended stadium tours.

Ticket sales accounted for 11% of Juventus’s 621.5 million euros ($674 million) of revenue during the 2018/2019 financial year, according to the club’s annual report. The team played 24 home games during the year.

Juventus was the worst performing member of Italy’s Monday as the blue-chip benchmark suffered its steepest one-day plunge since the Brexit vote in 2016. The soccer club was back among the laggards Tuesday, falling 3.1%, before paring the decline to 1.7% as of 12:01 p.m. in Milan.