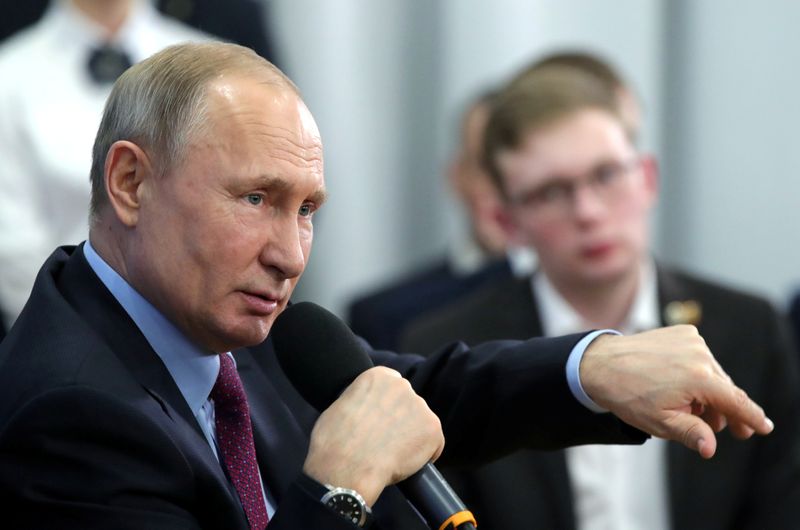 In May 2018, shortly after his re-election, Putin announced a $400 billion spending plan for sectors including infrastructure, housing and health, and designed to lift the economy into the world’s top five by 2024.

But the project became snarled up in red tape, and last month Putin appointed a new government and prime minister with a brief to focus on delivering strategic goals.

At the same time, budget spending rose to 3.3 trillion rubles from 1.4 trillion in November, according to finance ministry’s data.

In January Raiffeisenbank, after analyzing central bank data, highlighted a similar fall in ministry funds deposited with the banks, saying the need to speed up strategic spending was the most likely reason.

Sberbank said the outflow was driven by an increase in state spending and that there was no need to replace the funds as “public expenses are received on accounts of state-funded units and remain on the banks’ accounts”.

VTB told Reuters that December’s outflow was of a “traditional” nature ahead of the year-end. The treasury, which manages the finance ministry’s funds, the ministry itself and the central bank did not reply to requests for comment.