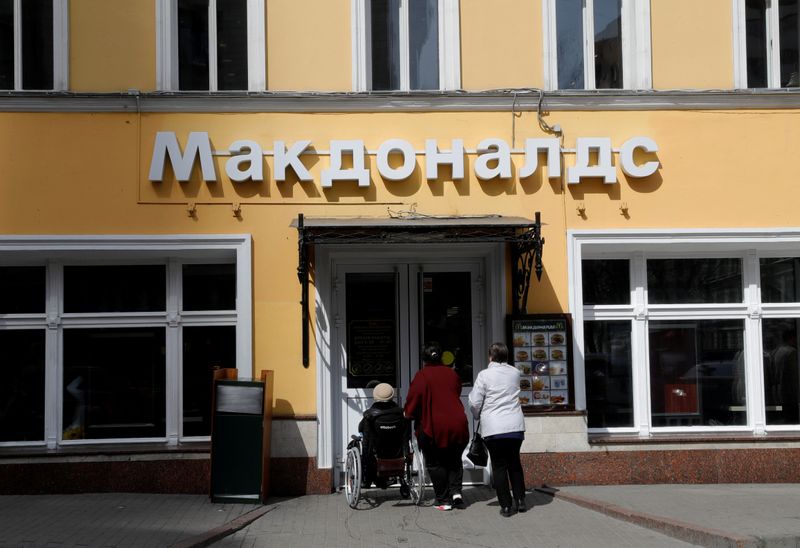 MOSCOW (Reuters) – Russia’s first McDonald’s restaurant has scrapped a plan to sell Big Mac burgers for virtually nothing to mark its 30th anniversary over fears it would attract huge crowds, which authorities have advised against due to coronavirus fears.

The restaurant on Moscow’ central Pushkin Square (NYSE:), was due on Friday to sell the Big Mac for just three roubles ($0.0474) instead of its usual price of 135 roubles, and expected to draw tens of thousands of people. But on Thursday it ditched the plan after Moscow authorities issued a city-wide warning against mass public events.

“Yesterday the Moscow government announced precautionary measures to prevent the spread of coronavirus,” McDonald’s (N:) said in a statement.

“(It) recommended refraining from holding public events in the near future in places where citizens gather en masse in order to minimize risks of infection.”

There have been no confirmed cases of the virus in Russia.

Nonetheless the country has limited rail connections and partially closed its land border with China, and announced it would temporarily stop issuing electronic visas to Chinese nationals.

The virus, which began in Wuhan, the capital of China’s central province of Hubei, has killed 170 people in China and infected more than 7,800 globally.

The Big Mac cost 3 roubles on Jan. 31, 1990, when the opening of the first McDonald’s in the final months of the Soviet Union drew international attention and was considered of huge significance.

That day over 30,000 people queued around the block for a first taste of American fast food, Manu Steijaert, a vice president at McDonald’s, said, adding it was a global record at the time.

The branch, located 1.5 km (0.93 miles) from the Kremlin, has since seen over 140 million visits and last year was the busiest branch of McDonald’s globally.

McDonald’s has 735 restaurants in Russia and plans to cross the 800 mark in 2020, investing over $100 million in its expansion.