Home
Market
Samsung appoints new mobile chief as Huawei chips away at market share
Prev Article Next Article
This post was originally published on this sitehttps://i-invdn-com.akamaized.net/trkd-images/LYNXMPEG0J01D_L.jpg 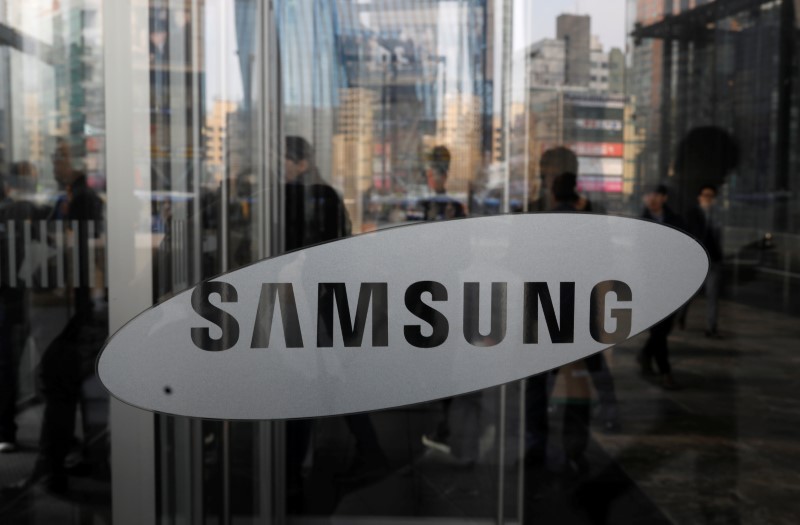 © Reuters. The logo of Samsung Electronics is seen at its office building in Seoul

SEOUL (Reuters) – Samsung Electronics (KS:) Co Ltd on Monday named its youngest president as its new smartphone chief as the firm seeks to defend its lead in the handset market from rising challenges from rivals such as Huawei Technologies Co Ltd.

The South Korean firm also promoted the head of its network equipment business, which analysts said got a lift from a U.S. campaign to convince allies to bar Huawei from their networks.

“Samsung’s reshuffle seems aimed at coping with a potential major market change with the new technology,” said analyst Tom Kang at Counterpoint. “The young executive is known to be decisive and so is likely to respond swiftly to that change to defend Samsung’s lead from Huawei.”

Long-time smartphone leader Samsung held a 21% market share in the third quarter, but Huawei closed in with 18%, showed the latest data from Counterpoint. That came even as Huawei in May was banned from doing business with most U.S. firms, preventing its access to technology like Alphabet (NASDAQ:) Inc’s Android.

Samsung appointed Roh Tae-moon, currently its youngest-ever president at 51, as mobile chief as part of a reshuffle that came later than usual amid a series of court cases involving some of its top executives including leader Jay. Y Lee.

As former mobile development head, Roh led development of Samsung’s Galaxy mobile devices, and is tasked with re-invigorating the organization at a time of heated smartphone competition, the South Korean company said in a statement.

Samsung’s network business chief Cheun Kyung-whoon, who was involved in the world’s first commercialization of 5G services in South Korea, was promoted to president to help turn networking into a major business for the firm, Samsung said.

Samsung, a laggard in the telecom network equipment market, has been pouring resources into the business, aiming to capitalize on the security fears hobbling market leader Huawei.

Huawei has been bogged down denying allegations by the United States that the Chinese state could use its equipment for spying and so should not be used in 5G networks.

Samsung, the world’s biggest smartphone maker and memory chip maker, also kept its three co-chief executives in the annual review, a move highlighting stability ahead of a ruling on a bribery case involving its leader Lee.

In August, the Supreme Court overturned an appeal ruling that had given Lee, 51, a suspended prison term, raising the possibility of a tougher sentence and potential return to jail.