Home
Stocks
: Shares in HSBC rise 10% after China’s Ping An raises stake
Prev Article Next Article
This post was originally published on this site 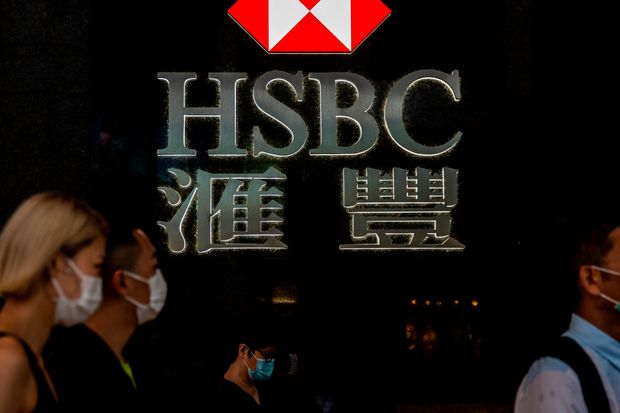 HSBC’s Hong Kong-listed shares have fallen by more than 50% since January.

HSBC’s London-listed shares soared more than 10% on Monday, after Ping An Insurance raised its stake in Europe’s biggest bank, despite escalating tensions between Washington and Beijing.

The increased stake means Ping An has overtaken asset manager BlackRock BLK, +2.38%, which owns as holding a 7.14% of HSBC, to become the bank’s biggest shareholder.

Ping An’s move comes after a report on Sept. 19 in state-run newspaper the Global Times mentioned that HSBC HUKX, +1.39% was a potential candidate for inclusion in China’s “unreliable entity list.”

However, on Sept. 24, China’s Ministry of Commerce said the list — which seeks to punish firms, organizations or individuals that damage national security — isn’t targeted at any specific country or company and will be applied in accordance with the rules.

“There is no preset list of enterprises in the list and the presence is determined by the behavior of the companies,” said Gao Feng, a spokesman for the ministry. He added that the Chinese government is committed to deepening reform as well as protecting the legitimate rights and interests of various market players.

“Our business and operations in China remain normal and we have no reason to believe we would be on an unreliable entity list in China should such a list be produced,” a spokesperson for HSBC told MarketWatch in an emailed statement.

On Monday, the Global Times quoted Li Daxiao, chief economist at Shenzhen-based Yingda Securities, as saying Ping An’s investment could be beneficial and help HSBC “to tighten its connections with the Chinese mainland market.”

HSBC, along with rival banking group Standard Chartered STAN, +5.34%, has come under criticism from Washington and London for its support of China’s controversial national security law for Hong Kong, which means people face prosecution for speaking out against Beijing.

HSBC’s Hong Kong-listed shares have fallen by more than 50% since January, as the bank struggles to boost returns amid low interest rates, which have squeezed the profit margins on its loans.

The bank also attracted the ire of retail shareholders, particularly those in Hong Kong, when it canceled its final dividend payment for 2019 and pledged not to undertake any share buybacks until the end of 2020, following a request from Britain’s financial regulator.

“HSBC’s largest shareholder only marginally bolstered its holding to 8% from 7.95%, but the vote of confidence translated into a very substantial rally for the shares both in Hong Kong and London,” said Neil Wilson, chief market analyst at Markets.com.

“Shares are only back to where they were two weeks ago — when stocks have been beaten down as much as HSBC, they are often ripe for larger percentage swings as investors try to figure out what is the real value,” he added.