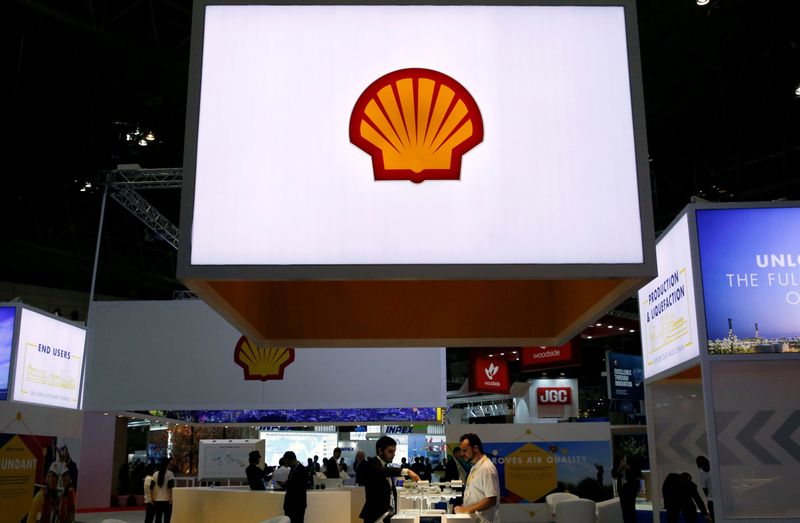 © Reuters. Staff members work at the booth of Royal Dutch Shell at Gastech, the world’s biggest expo for the gas industry, in Chiba

Shell plans to spend about $3 billion per year for the next five years on shale projects, said Amir Gerges, vice president of Permian assets for Shell, at the Argus Americas Crude Summit in Houston. Its Permian Basin production rose more than 100,000 barrels per day in the last year.

“We continue to ramp up our production from our core acreage,” Gerges said.

Shell and rival oil majors Exxon Mobil (NYSE:), Chevron (NYSE:) and BP (LON:) are spending billions in the Permian Basin of Texas and New Mexico. The companies see shale as a short-cycle asset that complements projects such as deepwater wells that take years to bring into production.

The Permian has 30 years of so-called “tier one” high quality drilling inventory and will remain at the heart of U.S. oil growth, Gerges said. But the industry faces challenges in the region, ranging from too much flaring to inadequate infrastructure and “even today’s investor sentiments,” he said.

Previously, Shell indicated it might seek a way to expand its presence in the Permian, but during last week’s earnings call, Chief Executive Officer Ben van Beurden indicated the timing is not right for an acquisition.

“I think anything inorganic would not be the right thing to do,” van Beurden said.

Oil and gas companies of all sizes have been under pressure to produce more free cash and return it to investors through share buybacks and dividends.

The U.S. drilling industry flared or vented more natural gas in 2019 for the third year in a row, as soaring production in Texas, New Mexico, and North Dakota have overwhelmed regulatory efforts to curb the practice, according to state data and independent research estimates.

“The flaring and emissions in the Permian Basin have become famous and it’s not something we would like to be recognized for,” Gerges said.

The region needs more infrastructure such as natural gas pipelines, but it is more important to have “robust, fit-for-purpose policies and regulatory requirements that incentivize reduction in flaring,” Gerges said.