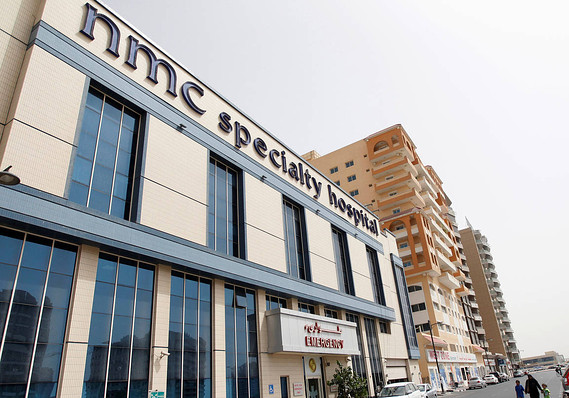 NMC Health’s shares spiked almost 12% after the troubled healthcare operator said it had received potential takeover bids from KKR KKR, -0.13%  and GK Investment in a deal which could be valued at £2 billion.

The healthcare group, which operates in the Middle East, said the approaches were “highly preliminary” and that there have been no discussions about the terms of any possible offers from either the U.S. buyout group or the Switzerland-based investment group.

News of the takeover interest came as NMC NMC, +7.00% announced that its non-executive co-chairman Bavaguthu Raghuram Shetty had stepped down from the board after revealing that his shareholdings had been incorrectly reported to both the company and the market.

Russ Mould, investment director at stockbroker AJ Bell, said: “Just when you thought it couldn’t get any stranger with NMC Health, there are two new twists in the tale of the troubled hospital operator. Firstly the FTSE 100 member believes that two directors’ shareholdings have been incorrectly reported, implying it has poor information controls. Secondly, it has confirmed takeover interest from KKR and GK Investment following recent share price weakness.”

Shetty and his advisers are carrying out a legal review to verify his stake in the group. The board said it is “urgently seeking clarity from each of these shareholders” in relation to the number of shares they own or have used as collateral.

BRS International Holding, which is 100% controlled by Shetty, has been holding 20 million shares for Muhairi and Qebaisi, pursuant to a memorandum of understanding from May 2017. Some of those shares were transferred to other banks.

If the legal review shows the shares belong to Shetty’s fellow shareholders, and not Shetty, then his and his family’s holdings would be reduced by 9.58%.

In January, Qebaisi and Muhairi sold shares worth almost $500 million — or around 15% of NMC — at a deep discount to repay debt owed to Deutsche Bank and Credit Suisse in order to meet margin calls after NMC’s share price collapsed.

The two businessmen also said they would sell their stake of approximately $75 million in Finablr FIN, +9.16%, the FTSE-listed financial services group which is majority-owned by Shetty.

Under U.K. takeover rules, both KKR and GK Investment are required to announce whether or not they intend to make a firm offer for NMC by March 9, 2020.

The U.S. short-seller alleged that NMC’s cash balances showed “two red flags that indicate they could be materially overstated.” NMC reported $491 million in cash, bank balances and bank deposits at the end of 2018.

On Monday, Block said: “Today’s bizarre disclosures about even more pledges and debt validate that the cockroach theory is alive and well — what we found is likely just the tip of the iceberg. As for the notion that NMC might receive private equity bids, it’s hard for us to believe they would survive due diligence.”

NMC, which prior to Muddy Waters’ statement on Monday denied the allegations as “baseless and misleading,” said in January that a committee of independent non-executives was undertaking a review of the company’s financial position. The review will initially focus on confirming the amount of cash on its balance sheet as of Dec. 15, 2019. It said it expects to complete the review of its cash balances “as soon as possible.”

On Monday, NMC, which is the largest private healthcare operator in the United Arab Emirates, said that the company’s operations continue “to perform strongly” and it expects to report full-year 2019 results in line with management’s expectations.