Home
Market
Siemens to buy Iberdrola's stake in Siemens Gamesa for 1.1 billion euros
Prev Article Next Article
This post was originally published on this sitehttps://i-invdn-com.akamaized.net/trkd-images/LYNXMPEG131OM_L.jpg 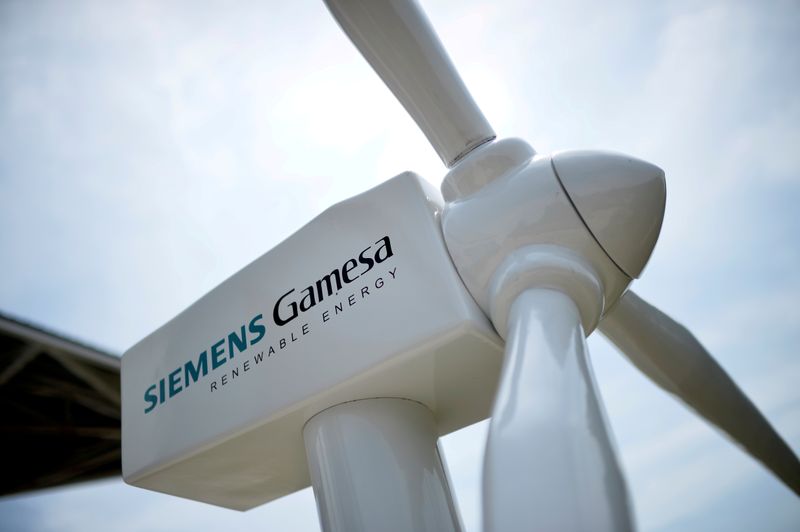 © Reuters. FILE PHOTO: A model of a wind turbine with the Siemens Gamesa logo is displayed outside the annual general shareholders meeting in Zamudio

MUNICH (Reuters) – Siemens (DE:) is buying Iberdrola’s (MC:) stake in Siemens Gamesa renewable energy (MC:), the German engineering company said, as it prepares to merge the business with its own energy unit ahead of a floatation later this year.

Siemens will pay 1.1 billion euros and will transfer the shares to its future Siemens Energy unit, combining it with its gas and power business, the Munich company said.

Siemens has recently come under fire from environmentalists after it agreed to honor a contract to supply signaling equipment to a massive coal mine project in Australia.

On Tuesday, it reported a net loss of 174 million euros ($192.34 million) in the three months to December, down from an 18 million euro net profit in the same period a year earlier, blaming project delays caused by the early onset of wintry weather in northern Europe.

Last week, the company formed in 2017 by a merger between Spain’s Gamesa and the wind business of Germany’s Siemens, cut its profitability target for the financial year 2020 for a second time in three months.

Following the acquisition of the shares Siemens Energy will hold about 67% of the voting rights at Siemens Gamesa giving it a two-thirds majority at the company’s annual general meeting. No mandatory takeover offer to SGRE’s external shareholders is planned, Siemens said.