Home
Market
SoftBank Soars After Unveiling $41 Billion Plan to Slash Debt
Prev Article Next Article
This post was originally published on this sitehttps://i-invdn-com.akamaized.net/content/pic00dc9ee34270d9be3c2efa81ce7914e8.jpg 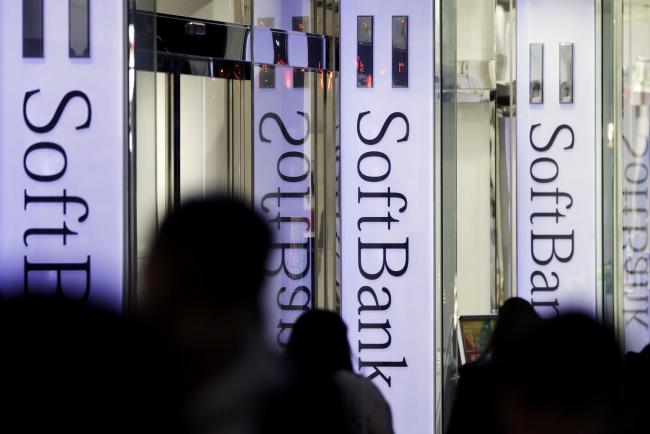 (Bloomberg) — SoftBank Group Corp. unveiled a plan to raise as much as 4.5 trillion yen ($41 billion) to replenish its coffers and slash debt over the coming year, moving to address investors’ concerns about its exposure to money-losing businesses during the coronavirus pandemic. Its shares surged.

The Japanese investment giant said it’s authorized the sale or monetization over the next four quarters of its assets, which include major holdings in corporations from China’s Alibaba (NYSE:) Group Holding Ltd. to sharing-economy stalwarts such as Uber Technologies (NYSE:) Inc. Billionaire Masayoshi Son’s company also said it was establishing a new share buyback program of as much as 2 trillion yen, on top of a previously announced program to repurchase 500 billion yen of stock.

Shares in the company soared as much as 18.6%, its most intraday since November 2008. Son is struggling to reassure investors about the stability of his empire amid fallout from the coronavirus. Its impact has hammered SoftBank portfolio companies like Uber and WeWork. The rout spread to credit markets and sparked a surge in the cost of insuring debt against default, including that of SoftBank, whose credit-default swaps touched their highest level in about a decade.

Alibaba’s stock was down more than 5% in the afternoon in Hong Kong. SoftBank spokeswoman Hiroe Kotera declined to comment on whether it would sell shares in the Chinese e-commerce giant.

S&P Global Ratings has cut its outlook on SoftBank to negative, citing the broad market declines and the conglomerate’s plans for a share buyback. SoftBank has said its financial policy is to have enough liquidity on hand to cover two years of bond repayments and focus on its loan-to-value ratio, a metric for balancing net interest-bearing debt against the value of investments. SoftBank has also said it’s curbing new investments to match the current environment and acknowledged that fundraising costs are likely to rise.

The new stock repurchase program comes on top of a 500 billion yen plan announced just over a week ago, after activist shareholder Elliott Management Corp. called on the Japanese investment firm to boost returns.