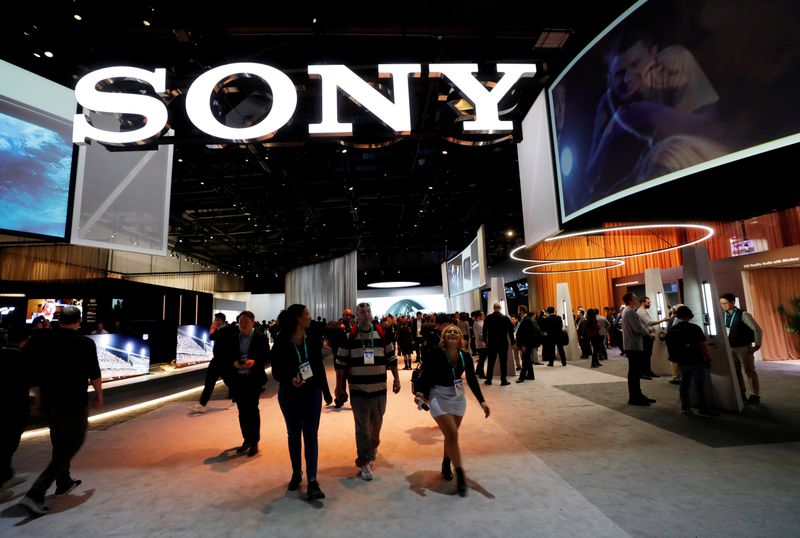 © Reuters. FILE PHOTO: A view of the Sony booth during the 2020 CES in Las Vegas

TOKYO (Reuters) – Sony Corp (T:) on Tuesday raised its annual profit outlook on the back of strong sales of image sensors for smartphones, after the company reported a smaller-than-expected decline in third-quarter profit.

Operating profit came in at 300.1 billion yen ($2.76 billion) for October-December, from 376.99 billion yen in the same period a year earlier. The result compared with the 271.07 billion yen average of nine analyst estimates compiled by Refinitiv.

Excluding the impact of one-off items including last year’s gain linked to the acquisition of music publisher EMI, profit rose 6%.

The Japanese entertainment and electronics firm raised its annual profit forecast to 880 billion yen from 840 billion yen. That compared with the 878.47 billion yen consensus of 22 analysts.

The Japanese firm controls about a half of the world’s image sensor market, supplying most global smartphone makers including Apple Inc (NASDAQ:) and Huawei Technologies Co Ltd.

To reduce dependence on smartphones, Sony has been working on sensors for automotive applications.

Profit at its sensing division rose to 75.2 billion yen from 46.5 billion yen in the same period a year earlier.

The firm has said the PlayStation 5, scheduled for release this year, will feature better graphics, advanced haptic controllers and other improvements.

Sony’s share price has shot up more than 40% over the past year to its highest in nearly two decades – a vote of confidence for Chief Executive Kenichiro Yoshida’s ability to retain momentum after a corporate turnaround led by his predecessor.