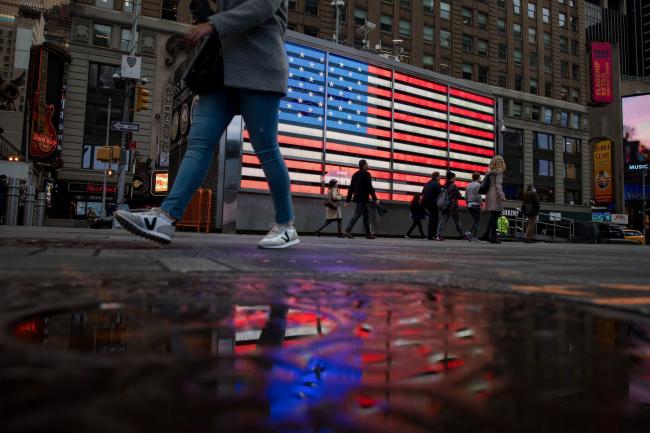 March contracts on the S&P 500 Index were down 1.4% as of 2:35 p.m. in Tokyo, after the U.S. Centers for Disease Control and Prevention said the patient doesn’t appear to have traveled to China or been exposed to another known case of the virus. Contracts also dropped after a speech by President Donald Trump failed to assuage investors’ concerns of the novel coronavirus derailing global growth. declined 2.7%.

“President Trump’s press conference was certainly intended to be a confidence builder but I don’t believe it will have much impact on stocks,” said Kristina Hooper, chief global market strategist at Invesco. “The drop in futures illustrates that words from politicians are meaningless. I believe it will take assurances from the Fed to send futures in the opposite direction.”

Trump sought to calm markets after one of the worst stretches for American stocks in almost five years. The underlying index is mired in a five-day losing streak that wiped out more than $2 trillion in value from American equities.

The U.S. urged travelers to reconsider trips to South Korea as the country’s number of cases rose to more than 1,500. New infections were diagnosed in countries from Pakistan to Brazil. Saudi Arabia halted religious visits that include stops in Mecca and Medina.

“Investors will be looking at today’s New York open very closely, and despite comments from President Trump I think the initial move will be to the downside,” said Nick Twidale, general manager of IC Markets in Sydney. “Then the focus will increase on mainland U.S.A. to see if more cases become apparent.”

On Wednesday, the S&P 500 plunged more than 7% from records set just a week ago, as investors grew concerned the virus will derail global economic growth. The number of companies warning the virus’s spread would impact sales and earnings jumped, with the likes of Apple Inc (NASDAQ:)., Mastercard Inc (NYSE:). and United Airlines Holdings Inc.

The S&P 500 slipped 0.4% in a turbulent session, failing to hold a gain that at one point topped 1.7%. Fresh warnings of a pandemic from German and American officials added to the gloom, while Diageo (LON:) Plc and Danone SA (PA:) said that the outbreak will hit sales in China. The first cases in Greece and in South America emerged, while Spain locked down a seaside resort hotel with about 1,000 guests and workers inside.

The president sought to ease the market sell-off after Monday brought the worst rout in two years, tweeting, “Stock Market starting to look very good to me!” While that failed to stanch the bleeding, it echoed a prior Trump attempt to juice the market. On Christmas Day 2018, he called the bottom of a near three-month sell-off in U.S. equities.

“Donald Trump, during the campaign, will do everything possible to be re-elected. That’s very important to him,” Byron Wien, vice chairman of Blackstone’s Private Wealth Solutions group, said in an interview on Bloomberg Television with Vonnie Quinn and Guy Johnson. “If the Fed doesn’t, he will. But even if the Fed does act, you could expect some action out of him that will ensure his re-election.”