Home
Stocks
States are cracking down on companies microchipping their employees — how common is it and why does it happen?
Prev Article Next Article
This post was originally published on this site 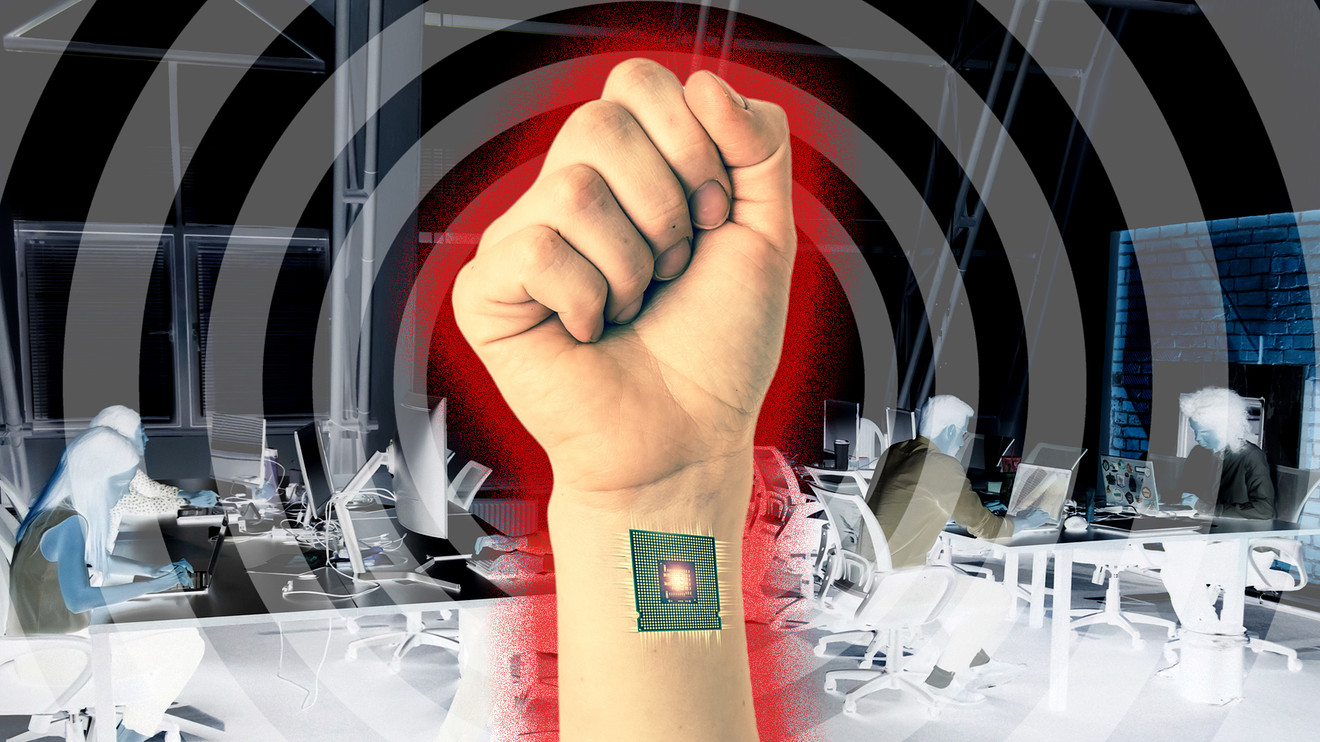 Indiana is a step closer to forbidding companies from forcing workers to implant microchips in their bodies, following the state House of Representatives’ unanimous passage of a bill last week that could make it the 12th state with such a law.

Is this just a bill to protect against the stuff of science fiction?

Not at all, say experts on workplace law and technology, who worry the rice-sized microchips can open up massive questions about worker privacy and company surveillance.

“I would definitely not call it far-fetched,” said Ifeoma Ajunwa, a Cornell University labor and employment law professor focused on the ethical use of workplace technology. It’s been three years since workers at one Wisconsin company voluntarily had microchips inserted in their hands, and it’s likely there are “more companies out there, but they are probably not advertising it,” Ajunwa said.

In the same way certain smartphone users arrange to get work emails on their personal phone, some chipped workers use their chip at the office so they can, for example, open up doors without company badges or key fobs.

In some cases, it’s tech-savvy workers who bring the chips to their bosses’ attention, said Amal Graafstra, CEO of Dangerous Things, a Seattle, Wash.-based implantable chip manufacturer and distributor, and VivoKey Technologies, a chip manufacturer

Those workers — typically on the IT side of a business — get an implant for personal use. The microchip is typically inserted between the thumb and index finger. The chips Graafstra’s company sells start around $50, plus an optional $50 for insertion with an affiliated doctor or piercing expert.

In the same way certain smartphone users arrange to get work emails on their personal phone, Graafstra said some chipped customers use their chip at work so they can, for example, open up doors without company badges or key fobs. In Sweden, people have been using microchips to store their emergency contact information, and pay for train rides and gym memberships.

Graafstra thinks the implanted chips could potentially eliminate all sorts of lost productivity from lost key badges, but he says many of the current orders could be motivated by something else.

“I would say it’s probably out of the cool factor,” he said. A handful of businesses told Graafstra they were implanting the chips for media attention, he added. “There’s definitely a marketing angle for some.”

The use of microchips on employees doesn’t appear to be spreading fast in corporate America, as far as he can tell. His companies received approximately 100 orders for various amounts of chips from American businesses between 2015 and 2018. For context, his chip manufacturing company Dangerous Things has sold between 150,000 and 200,000 chips domestically and abroad, mostly to individuals, since it launched in 2013.

“I wouldn’t say there are businesses going hog wild with chip implants,” he said.

Nonetheless, lawmakers in Indiana and other states stand ready to legislate on the issue.

‘Employers cannot go to employees and say ‘We’re doing away with name badges and microchipping you all.’

“What we’re trying to say is employers cannot go to employees and say, ‘We’re doing away with name badges and microchipping you all,’” the Indiana bill’s author, Rep. Alan Morrison, a Republican, told MarketWatch a week after the 96-0 vote.

Employers cannot condition a job offer on chip insertion and if workers lose their job for allegedly refusing to implant one, the bill lets them sue for damages.

Morrison said he was not aware of any companies in Indiana that have attempted to microchip employees. The only instance he knew of was the Wisconsin-based tech company Three Square Market, where approximately 50 workers voluntarily had chips inserted in 2017. (The company did not respond to a request for comment, but has previously said it has “zero interest in tracking anyone.”)

If the bill passes, Indiana would join four other states that outlaw mandatory microchipping for employees, said Pam Greenberg, a researcher on privacy and technology policy issues at the National Conference of State Legislatures, a resource organization for state governments.

Wisconsin started the trend, enacting its law against forced microchiping in 2006. That’s two years after the FDA approved implantable chips for humans, and long since veterinarians started using them on animals to help lost pets find their way home.

Yet even as more lawmakers worry about implantable devices, people keep getting more enmeshed in technology — and possibly Big Tech surveillance — without any sort of surgically inserted chip. Smartphones now unlock with a face scan or a thumbprint, and consumers can carry out financial transactions with biometric mobile wallets. Workers are also more accepting, or at least more aware, of the possibility their company is monitoring their moves.

Morrison acknowledges companies already have ways to track workers and there are no state laws laying ground rules on the issue. But there’s a difference with microchips, he said. “You can’t ever walk away from that. The company knows where you are 24/7.”

Graafstra, the owner of the chip companies, says it’s not that cut and dry. If a chip opens a simple device — like a door lock — there’s no data created or stored, he said. But if a person uses it with devices that create and store data, like a security system backed by cloud computing, they are giving up more information about themselves.

“It really depends exactly on how you are using it and what you are using it for,” he said. There’s a parallel with the trade-off between the anonymity of cash and the ease of a credit card, Graafstra added. “If you choose a credit card over cash, you’re telling lot of people, a lot of companies, where you were and what you were spending on one day.”

Nevada wanted to ban voluntary microchipping at one point

The overwhelming majority of American workers are hired presumably “at will,” which means they can be fired any reason — except for factors including pregnancy, race and gender.

What if subtle hints about job security influence someone into having a microchip? ‘Then consent is not really meaningful in that case.’

Suppose a worker gets subtle hints they’re not a part of the team and perhaps putting their job on the line if they don’t have a microchip, Ajunwa said. “Then consent is not really meaningful in that case.”

Graafstra said workers would get the protections they needed under the various microchipping laws.

In fact, he thinks state legislators can sometimes go too far. A Nevada bill at one point would have banned voluntary microchipping, but it was amended and passed last year to only apply for involuntary implants.

Graafstra — a man with four chips implanted in his left hand and two in his right hand — understands when people take a dim view of microchipping. “I’d say you’re acting like regular human who’s skeptical of something they are unaware of. … With any technological change, there’s always a ‘this is crazy’ crowd.”

Morrison, the Indiana lawmaker, wants to draw a boundary now regardless of what happens with microchipping in the future.

“Sometimes it’s a slow drip into the marketplace,” Morrison said. “I think it’s good to be out in front on this thing.” State senators could vote on the bill by February, he said.