Home
Stocks
Stock market mania in the U.S. is similar to the top in January 2018
Prev Article Next Article
This post was originally published on this site 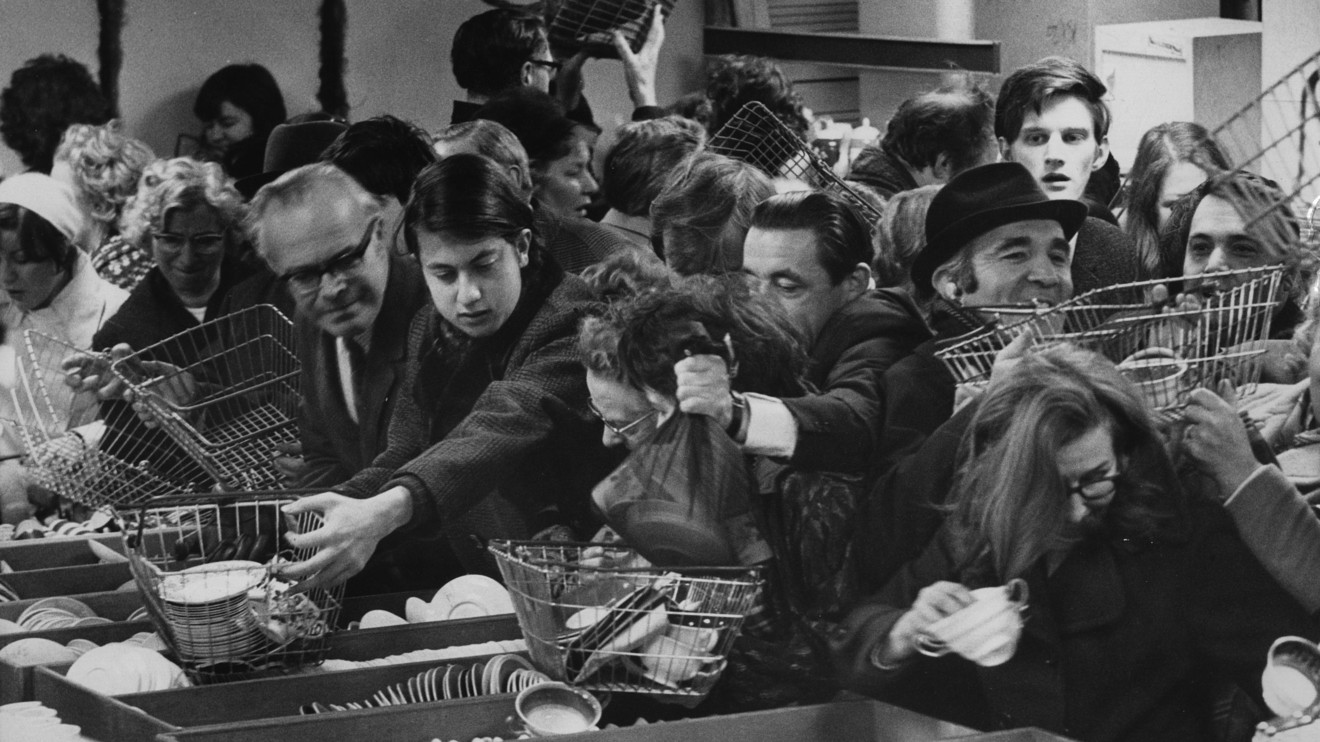 History does not always repeat itself in the stock market, but it is always instructive.

Overbought markets tend to be vulnerable. Sometimes it is an exogenous event that topples stocks. What could be happening currently? Could it be that the deadly virus spreading across China stops the buying frenzy in stocks?

There is a mania going on in the stock market, but not in the terms you would think. Before you send me hate mail for raining on the parade, remember that The Arora Report gave a signal to buy stocks on Donald Trump’s election when many analysts were saying sell. Shortly thereafter, The Arora Report made a case for Dow 30,000 in Trump’s first term. Please see “Here’s the case for Dow 30,000 in Trump’s first term.”

Let’s explore the stock market mania that is going on this month with the help of an annotated chart.

• The mania is not in terms of stock market gains. The mania is in stock market gurus almost unanimously saying that all is clear. Trump will get re-elected, Democrats will be decimated for impeaching Trump, another new leg of the bull market has just started and the Fed will print more money — so goes the story that is propelling the bullishness.

Does anyone see any holes in this story?

• The chart shows that the last time a similar mania occurred was in January 2018.

• The chart shows that the relative strength index (RSI) is overbought, similar to the way it was during the January 2018 mania.

• Purists will say that this time RSI is slightly lower and has not been overbought for as long as the last time. Those purists ought to look at RSI on weekly charts of S&P 500 ETF SPY, -0.08%, which represents the popular benchmark S&P 500 SPX, -0.13% and Nasdaq 100 ETF QQQ, +0.08%. When looking at all three, the only unmistakable conclusion is that the stock market is technically overbought and vulnerable to a pullback.

• The chart shows that a 14% correction occurred after the last stock market mania.

‘This time is different’

Gurus would say that this time is different. During the last mania, the bond market became a problem, causing the correction; this time there is no apparent bond market problem. Actually, gurus could not see the bond market problem. They can talk about it now only with the benefit of hindsight. Certainly this time is different in many ways. However, the basics of greed and fear in the stock market and gurus coming out of the woodwork with bullish statements during a mania have not changed. (Where were these gurus when Trump was first elected?)

This is what’s key

Investors ought to carefully watch earnings. Since the stock market is controlled by the momo crowd and “bad” news is “good” news, the stock market may ignore poor earnings from many companies. However, the stock market will have a difficult time ignoring earnings that are less than stellar from mega-caps Apple AAPL, -0.09%, Amazon AMZN, +0.45%, Facebook FB, -0.50%, GOOG, +0.00% GOOGL, -0.06%  and Microsoft MSFT, +0.48%. The stock market will also have a difficult time ignoring earnings from the semiconductor sector if they are less than stellar. Semiconductor stocks to watch include AMD AMD, +1.32%, Nvidia ( NVDA, -0.21%  and Micron Technology MU, +1.29%. Please see “This U.S. company will benefit as China tries to catch up in semiconductors” and “How and when prudent investors ought to buy these 5G stocks.”

In the middle of absolute certainty being proclaimed by the gurus and their followers, it is worth remembering that Arora’s Second Law of Investing and Trading has been tested over time: Nobody knows with certainty what is going to happen next in the markets.

Investors should keep a close eye on the virus that is spreading across China. Travel stocks in China have already taken a hit. China has confirmed that the virus can spread between humans.