Home
Market
StockBeat: Can EdF Jump on the Green Bandwagon?
Prev Article Next Article
This post was originally published on this sitehttps://i-invdn-com.akamaized.net/news/LYNXMPEB060QX_M.jpg 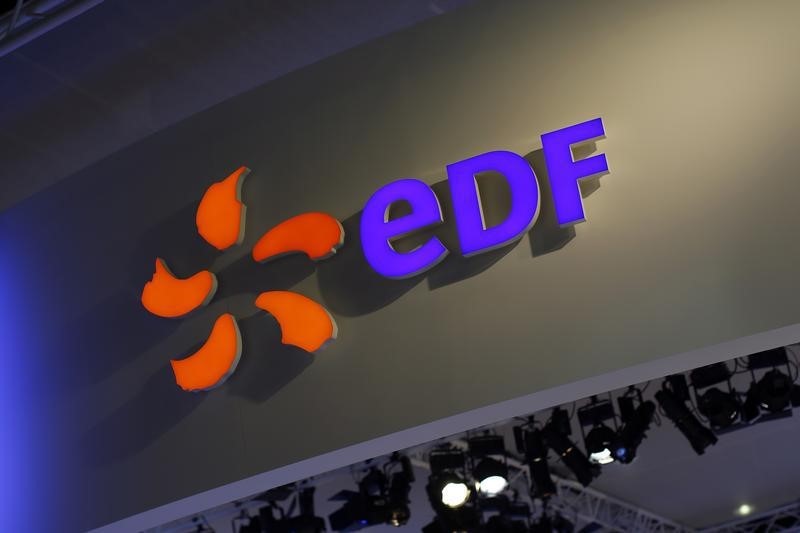 Investing.com — When most people think of renewable, sustainable energy, it’s a wind turbine or a field of solar panels that comes into the mind first, and certainly not the creaking nuclear reactors and famously pampered staff of Electricite de France.

It may be time to reassess that view of EdF.

Europe’s biggest electricity supplier has been a chronic underperformer. It’s lost two-thirds of its value over the last 10 years, weighed down by the costs of maintaining old reactors and developing new ones. But it’s risen 25% in less than a month since the French government proposed a wholesale market pricing formula that underpins the shaky economics of the nuclear fleet, allowing management and investors to pay more attention to its growing renewable business.

Growing renewables isn’t just necessary to make sure that France meets its CO2 targets under the Paris Accord (and French state-controlled energy companies have a unique responsibility not to undermine the most recent showpiece of French diplomacy). It’s also necessary to make sure that EDF (PA:) gets the highest rating it can under increasingly influential Environmental and Social Governance (ESG) benchmarks. Assets under management at ESG-indexed funds are growing at over 20%, well ahead of the overall industry, according to various studies.

EDF (PA:) already boasts a bunch of high ESG ratings, having started from a strong position as the biggest producer of hydropower across Europe with over 26,000 megawatts of installed capacity. But it is rapidly adding to that. Last year, it doubled the scope of renewable projects under construction to 5,000 megawatts (even if actual renewable output fell slightly due to some portfolio reshuffling).

It has secured some 2,000 hectares of land for solar development, and its acquisition in November of U.K.-based Pivot Power – a maker of batteries designed to be connected to the high-voltage grid – bolstered its position in the crucial growth field of storage. Pivot Power has plans for 2,000 MW of batteries to be installed in the U.K., starting this year, which would put EDF (PA:) well on the way to its target of 10,000 MW of extra storage capacity by 2035.

Like most utilities across Europe, the company is also positioning for real growth for the first time in living memory, as transportation switches from oil-based fuel to electricity. The company said on Thursday it will buy Pod Point, a U.K.-based maker of charging infrastructure for electric vehicles, through a joint venture with insurer Legal & General in a deal that values the start up at over 100 million pounds ($130 million).

It will still be a long time before EDF (PA:) is completely free of the burden of its nuclear obligations. But – as with Germany’s RWE (DE:) and Italy’s Enel (MI:) – it has a privileged position in a large domestic market that it can leverage to build up a formidable portfolio of green assets – a portfolio whose latent value can then one day be unlocked via a spin-off.

EDF (PA:) has been late to a sectoral rally driven by climate change concerns. Its nuclear issues mean that even after a 25% rise, EDF stock is valued at barely half of one year’s sales and 8.5 times 2019 earnings. Even with the caveat that its unique strategic importance will always leave free shareholders at the mercy of the French government, it doesn’t take too much imagination to see how that valuation might change very quickly.