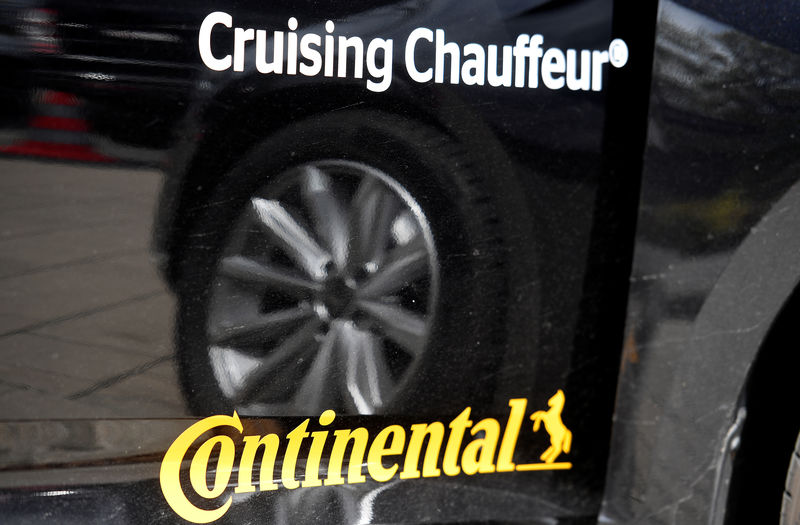 Investing.com — It doesn’t take much to remind markets that central banks can’t stop the coronavirus damaging the world economy on their own.

Fear of Missing Out – which was the dominant theme during Wednesday’s post-Fed bounce – gave way again on Thursday to Fear, pure and simple, amid new warnings from various sectors of the economy about the inevitable impact of the disease on their business.

German auto parts supplier Continental AG (DE:) said it expects the global passenger car market to shrink by as much as 5% this year, as the virus compounds existing problems caused by trade conflicts, technological change and tighter emissions regulations.

Chief executive Wolfgang Schaefer told a press conference that world car output could shrink as much as 10% on the year in the current quarter due to the closure of factories in China and elsewhere. Chinese production alone will fall by “at least 30%” year-on-year this quarter, he added.

Continental stock dropped 10.1% on the news, making it the worst performer in the and putting it on course for its worst day in over 18 months. The news also dragged down sector rivals: Schaeffler (DE:) stock fell 4.2% and Valeo (PA:) stock fell 4.0%.

As for the rebound that many are pinning their hopes on – Schaefer wasn’t too encouraging there either. He expects Conti’s annual revenue to fall over 2% from 2019 levels, and its operating margin to be in a range between 5.5% and 6.5%, a full percentage point below consensus.

Continental, like many others in the sector, already has problems aplenty with the transition from internal combustion engines to battery-powered vehicles, a process that renders many of its components businesses obsolete. Schaefer indicated that the company will have to take further cost-cutting measures, telling investors that they could expect an update by May.

The company had already said in September that it may have to cut as many as 20,000 jobs, or 8% of its global workforce.

Continental wasn’t the only voice warning on Thursday. U.K. broadcaster ITV (LON:) said it expected a 10% drop in advertising revenue in April as travel companies rein in spending, aware that no amount of advertising can outweigh the negative publicity generated by such cases as the Diamond Princess, the ship on which more than 700 passengers caught the disease during an Asian cruise. At least six passengers are known to have died.

Elsewhere, Italian soccer club Juventus (MI:) fell another 2.4% after the Italian government said it would temporarily ban spectators from major sports events. It’s fallen 10% in the last week, in line with Geman rival Borussia Dortmund (DE:), whose location in the region most affected by the virus has prompted fears of a similar disruption to ticket sales.