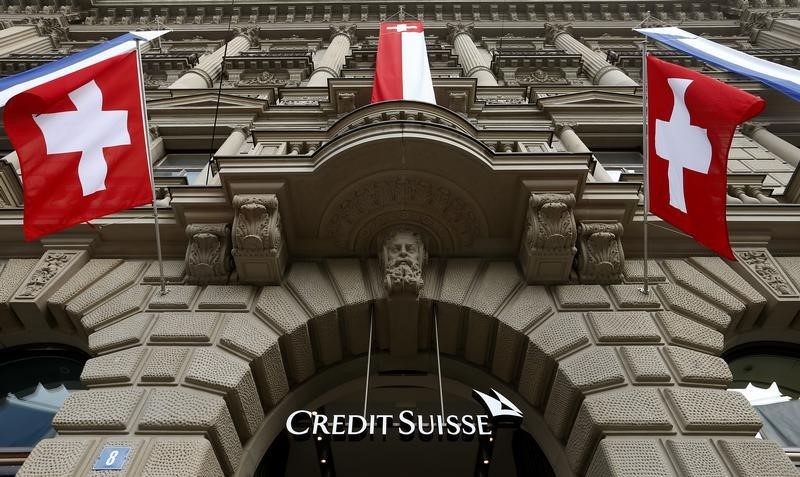 Investing.com — For a bank that has supposedly lost one of the best CEOs in Europe, Credit Suisse (SIX:) stock is holding up remarkably well.

Switzerland’s second-largest bank was the biggest gainer among European banks on Monday, a down day for European markets overall, as market participants processed the shock of losing Tidjane Thiam to a boardroom power struggle.

Thiam’s failure to distance himself from a series of tawdry revelations about surveillance of former bank executives has had a disastrous effect on the bank’s reputation for discretion and integrity – so much so that Swiss regulator Finma had to parachute an investigator into the bank in December. When your chief business is managing the fortunes of the ultra-rich, discretion is not an essential part of the job – it IS the job.

Given the noise that some of the bank’s largest shareholders have made about Thiam’s effective dismissal (his ‘resignation’ was accepted unanimously after a marathon board meeting that ran into the early hours of Friday), this may seem surprising.

Harris Associates, the bank’s largest active shareholder with over 8% of its stock, is furious at how Thiam has been forced out by a supervisory board chairman who – it believes – should bear the ultimate responsibility for the spying scandal.

Harris’ chief investment officer David Herro told Bloomberg last week that chairman Urs Rohner had overseen the creation of the mess that Thiam was hired to clean up. Rohner, not Thiam, should be the one to go, he argued – preferably at this year’s annual meeting.

However, any such move seems destined to fail. For one thing, the bank’s biggest shareholders – including Qatar and Norway’s sovereign wealth fund – are traditionally sensitive to the kind of local sensitivities that have flared up in this case, and tend not to throw their weight around too much (especially when Rohner is due to leave in a year’s time anyway).

Secondly, Credit Suisse (SIX:) has a broad base of domestic retail shareholders, whose views are likely reflected in the broadly anti-Thiam tone of local media in recent months. They can hardly be expected to hang Rohner out to dry.

Finally, and perhaps most importantly, the bank has signaled that it intends to carry on with Thiam’s strategy (less risky trading and investment banking, more stable fees from wealth management, and crossed fingers that the Swiss National Bank one day raises interest rates). Given the consensus among investors over that, there seems to be little to be gained from upsetting the applecart any further.

The new CEO Thomas Gottstein – the first all-Swiss CEO at the bank in over 20 years – has in any case already proved himself a safe pair of hands at the rudder of CS’s domestic ‘universal’ bank.

It may be coincidence, but Credit Suisse (SIX:) has gone back to its Swiss roots just as Christian Sewing’s Deutsche Bank (DE:) appears to have turned a corner after shedding some of its globalist ambitions and becoming more German, both in regional focus and in culture.

After a period in which both tried – and ultimately failed at great financial and reputational expense – to break into the elite circle of Wall Street’s investment banking giants, a little more focus on core DNA may be what both banks need.