Home
Market
StockBeat: Crisis? What Crisis? Says Intesa
Prev Article Next Article
This post was originally published on this sitehttps://i-invdn-com.akamaized.net/news/LYNXMPED140C5_M.jpg 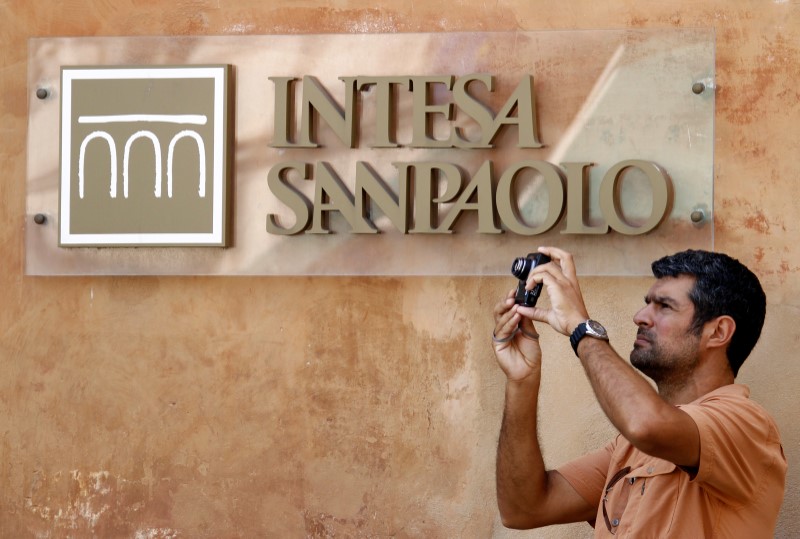 Investing.com — Carlo Messina has taken the art of putting a brave face on things to a new level.

The CEO of Intesa Sanpaolo (MI:ISP), Italy’s largest retail bank by asset,  put out what some might call an outrageously upbeat outlook for the next 19 months on Tuesday, promising a net profit of 3 billion euros this year – down by less than a quarter from 2019 – and no less than 3.5 billion euros in 2021. He’s also promising to pay out 75% of 2020 profit in dividends – if regulators let him. No wonder the stock rose 5%, even if it has given back 0.7% on Wednesday morning.

That seems a world away from the endless profit warnings and provisions that are peppering the European bank earnings season so far (Unicredit (MI:CRDI), its biggest rival, was more on trend with its announcement of a 2.7 billion euro loss in the first quarter on Wednesday).

There must be doubts that any bank in Italy can sustain the kind of pounding the country is taking in 2020. The macro backdrop is not substantially improving, even though Italy is now slowly emerging from its nationwide Covid-19 lockdown: the sovereign debt burden – a country risk that Intesa cannot insulate itself against – can only increase from here. The EU’s latest forecasts, out Wednesday, show it rising to 159% of GDP as the economy contracts by 9.5% in 2020.

And, as the German Constitutional Court’s outburst against the European Central Bank’s quantitative easing showed, German support for Italy is limited and conditional.

And yet, Messina’s record over the last few years, in which he has de-risked and refocused the bank while exploiting the failures of rivals to strengthen its position in its home market, demands that his forecasts are taken seriously.  The outlook for his hostile bid for Unione di Banche Italiane (MI:UBI) – which still needs regulatory clearance) – has also improved as the pandemic is almost certain to weaken his target more than it does Intesa (if anything, Messina is in a position to change the share exchange ratio in favor of his own shareholders).

The pandemic will make almost all European bank balance sheets harder to read, with investors having to make more account for regulatory and state support measures that all militate toward making banks (and the economies they serve) seem more healthy than they may well be. All the same, Intesa’s strategic position, its revenue mix and its management’s track record have a value which is harder to dispute.

The bad news is that it may already be fully discounted. A valuation premium relative to Unicredit (Intesa trades at 0.45 times book value compared to 0.24 for its rival) looks excessive, given Unicredit’s geographical diversification, and Intesa’s concentration of risk at home.