Home
Market
StockBeat: Europe Capitulates to Virus as Airlines, BASF Warn of Hits
Prev Article Next Article
This post was originally published on this sitehttps://i-invdn-com.akamaized.net/news/LYNXNPEC9P0MQ_M.jpg 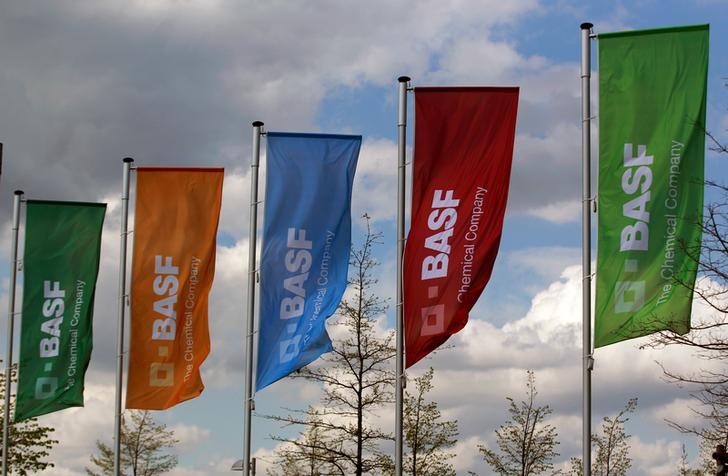 Investing.com — Europe’s stock markets were in full-on capitulation mode in early trading on Friday amid growing fears that the coronavirus outbreak will develop into a full-blown pandemic that does lasting damage to the world economy.

The German was down 4.3% and the U.K. was down 3.7%, both following Wall Street’s extraordinary losses on Thursday but both also weighed down by warnings from index heavyweights about the impact of the virus on this year’s business.

International Airlines Group (LON:), the owner of British Airways and Iberia, warned that it would cut capacity by as much as 2% this year in response to falling demand, while EasyJet warned that it faced a “significant softening of demand” on routes in and out of northern Italy, as well as other European countries.

The news follows a spate of announcements from companies such as JPMorgan Chase (NYSE:), L’Oreal (PA:) and Nestle (SIX:) all restricting business travel by staff.

IAG (LON:) stock fell 8.0%, while EasyJet stock fell sharply before recovering to be flat on the day. They’re on course for a weekly loss of 23% and 29%, respectively – although neither has been as hard hit as U.K. tour group Dart Group (LON:), whose Jet2 customers have figured prominently in the lockdown of tourists in Tenerife. It’s down 40% this week.

In Germany, chemicals giant BASF (DE:), an important bellwether in that it sells a huge range of products to a diverse range of business sectors, warned that: “For 2020, we expect global economic uncertainty to be very high and that growth will be significantly depressed by the drop in demand and production outages in connection with the coronavirus outbreak.”

It added that it didn’t expect to earn its 9% cost of capital this year as a result.

“Basically, what matters now is whether consumer behavior is significantly affected,” said Paul Donovan, chief economist with UBS Wealth Management, in a morning note. “We know that supply chains are disrupted, we know that Chinese domestic demand has been affected. What matters is whether U.S. and European consumers change demand as a result of the fear of the virus. The virus itself is not a concern, economically.”

Donovan noted that the virus is hitting the world economy at a time when the trade war between China and the U.S. had essentially neutered business investment as a source of growth, leaving private and government consumption as the only factors supporting expansion.

However, he observed that forecasts habitually underestimate “human resilience”, something that causes economic activity to rebound faster and more vigorously than expected.