Home
Market
StockBeat: Two Cheers for Tui
Prev Article Next Article
This post was originally published on this sitehttps://i-invdn-com.akamaized.net/news/LYNXMPECAM127_M.jpg 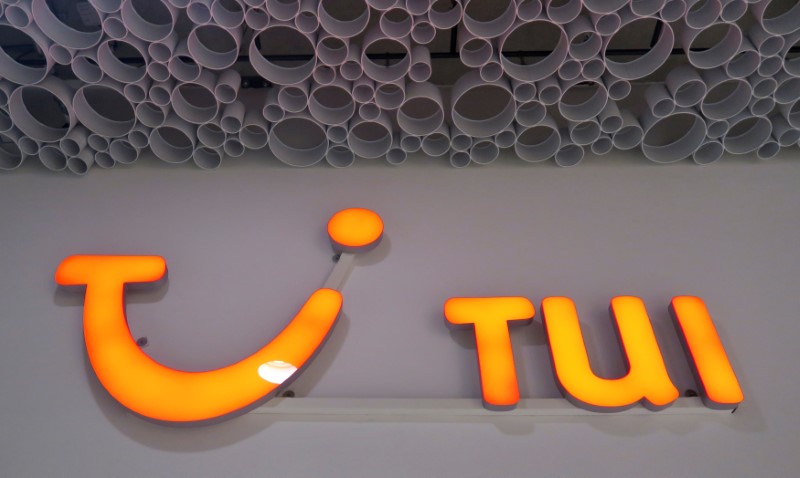 Investing.com — The travel sector got some relief from what’s been a miserable 2020 so far on Tuesday, as German-based Tui cashed in on the collapse of Thomas Cook to post a healthy 6.8% rise in sales in the three months through December.

Tui stock rose 11.4% by 5:30 AM ET (1030 GMT), its biggest intra-day gain since the day its venerable U.K.-based rival folded in October. The company reported it had its best quarter ever in bookings from the U.K., expanding its market share there as expected.

The news is evidence that the passing of Thomas Cook has made a decent dent in sector-wide overcapacity, and EasyJet stock and Ryanair stock both rose 2.5% in response.

The news is the second big boost for the tour operator and airline group in a week: last Friday Tui had announced the acquisition of Hapag-Lloyd cruises, bolstering one of its more profitable divisions and releasing a “considerable book gain” in the equity value of its joint venture with Royal Caribbean (assuming the deal closes in the summer as expected).

Just as importantly, the company’s airlines division posted a 14% increase in underlying profit on what it called “improved booking trends” for its Winter program, suggesting that neither the slowdown in Germany nor the long shadow of Brexit have depressed big-ticket discretionary spending in either of its two biggest markets.

Extrapolating that trend, Tui raised its full-year revenue guidance to growth of just under 10% from around 5% previously.

Whether or not that transfers into higher earnings will depend on when the company’s 737 MAX aircraft return to service. Tui said it has now leased replacement capacity for the full fiscal year, after Boeing’s recent update indicated that the planes would not get clearance to fly until after the peak summer season. It also shaved 5% off its central estimate for what the grounding would cost it this year. But that is likely to be a win-win either way, given that Boeing (NYSE:) is likely to be on the hook for substantial compensation.

The figures suggest that as long as the coronavirus outbreak doesn’t become a pandemic, then Tui should be well set for the year, with pent-up demand in the U.K. a valuable insurance against a possible slowdown in Germany as the labor market there weakens.

In that context, the stock’s weakness in the last weeks may prove to have been a decent entry point. Even after today’s gains, it’s still not over the gain line for the year. At less than 15 times earnings and with a dividend yield of 5.33%, there are certainly more expensive stocks around.

Like its planes, Tui’s stock is still not quite clear for take-off. It warned again on Tuesday about the risks of disruption from the post-Brexit trade talks, and the coronavirus could still easily take a big toll on passenger numbers, given the recent publicity generated by ‘superspreader’ events outside of China. Shares in On the Beach, one of Tui’s biggest rivals in the package tour business, are still down over 10% for the year, having given up much of its gains after a less detailed trading update last week.

Still, on a day when European stocks are back at record highs, those look like concerns for another day.