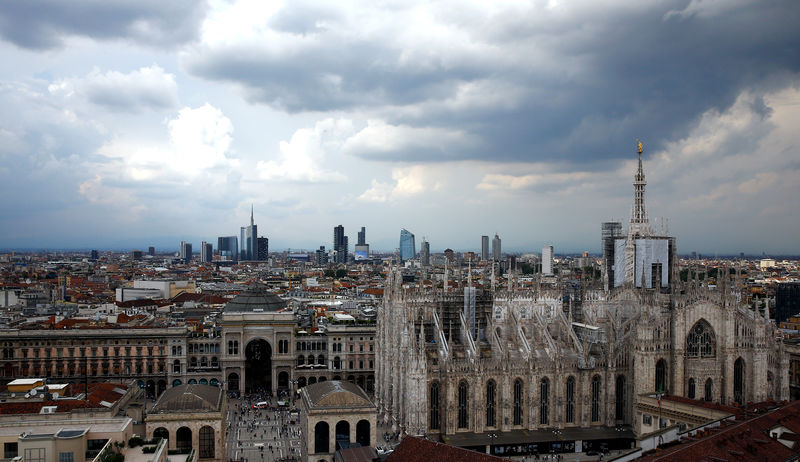 For a few glorious weeks around the turn of the year, things had appeared to be looking up. Mario Draghi, the architect of profit-killing negative interest rates, had left the European Central Bank, the China-U.S. trade war had been put on ice and everyone was looking forward to a year when U.S. policy would be firmly focused on keeping the expansion going in the run up to the election. Regulators even gave their blessing to tentative plans for buybacks and higher dividends from some of the continent’s biggest institutions.

Then the coronavirus hit China, killing demand for imports of everything from industrial robots to luxury purses.

Then the coronavirus came to Europe, threatening to push the euro zone into a new recession.

Then the Federal Reserve cut big, and markets realized that the European Central Bank was in no place to follow. That has pushed the euro up by over 4 percent against the dollar in less than a month, making eurozone exports more expensive just as the U.S. prepares to ratchet down purchases of everything except masks and hand sanitizer.

The risks for banks – assuming no major changes to eurozone policy – are obvious: a collapse in investment banking revenues, as all but the most pressing deals get pulled, and a big jump in problem loans at businesses across the continent. Thanks to the recently adopted accounting changes under IFRS 9, they’ll have to provision against those risks much earlier. That  will make for grim readings throughout the first half of the year at least.

At the same time, another squeeze on interest income as falling bond yields put additional pressure on squeezed margins. The German 10-year government bond yield ground lower to equal its all-time record low of -0.74% on Friday.

Small wonder that the market has wiped over 24% off the Stoxx Banks index since the outbreak began, sending the sector into a new bear market (if labels like that actually count for anything).

Three of the four worst-performing stocks in the this week have been Credit Agricole (PA:), BNP Paribas (PA:), and Societe Generale (PA:), all down by between 11% and 14.5%.

Italy’s Banco BPM, a regional bank focused on the virus-stricken province of Lombardy, has fallen 23%. Deutsche Bank AG (DE:), which had appeared to be emerging from a decade-long nightmare, has fallen a gut-wrenching 34% from its 2020 high.

Spain’s largest banks have all lost over 20% in the last month, albeit their investment case hasn’t been helped by a European Court of Justice ruling that exposes them to more litigation risk over their past mortgage pricing.

The response of both the Eurogroup and European Central Bank this week has been underwhelming. Next week’s ECB meeting is turning into an early, unexpected, wholly unwelcome and potentially impossible challenge for its new President Christine Lagarde.