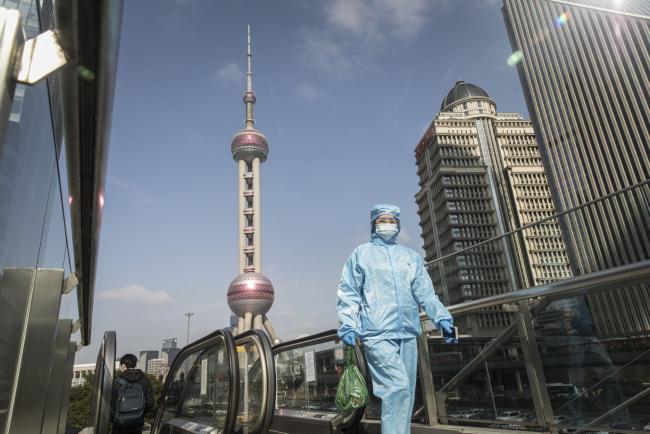 (Bloomberg) — The worst stock rout since the global financial crisis showed signs of easing on Monday amid optimism that central banks will help cushion markets from the impact of the coronavirus. rebounded.

The Index jumped, with 17 of 19 industry sectors in the green, and futures for all three main American indexes advanced in the wake of a rare statement from the Federal Reserve that opened the door to a rate cut based on the “evolving risks” posed by the outbreak. The The Bank of Japan hinted at easing, and the Bank of England pledged to “ensure all necessary steps are taken to protect financial and monetary stability.”

Money market traders expect the European Central Bank to ease rates by 10 basis points in April as policy maker Francois Villeroy de Galhau said more could be done if needed. Most European bonds gained, tracking Treasuries as they rallied for an eighth day. The dollar slipped as the euro strengthened.

Investors appear to be encouraged that policy makers will act after fears about the spreading virus drove the S&P 500 Index to its worst week since 2008. China’s CSI 300 Index rose more than 3% even after the nation saw a much deeper contraction in manufacturing than economists had anticipated. Germany’s finance ministry is exploring ways to loosen deficit limits that may pave the way for higher spending to boost Europe’s biggest economy.

The global death toll from the virus has surpassed 3,000, with the number of U.S. cases climbing over the weekend, including the first positive test for a person in New York State, while cases in Italy and South Korea jumped. U.S. President Donald Trump is set to meet with pharmaceutical industry executives at 3 p.m. Washington time Monday.