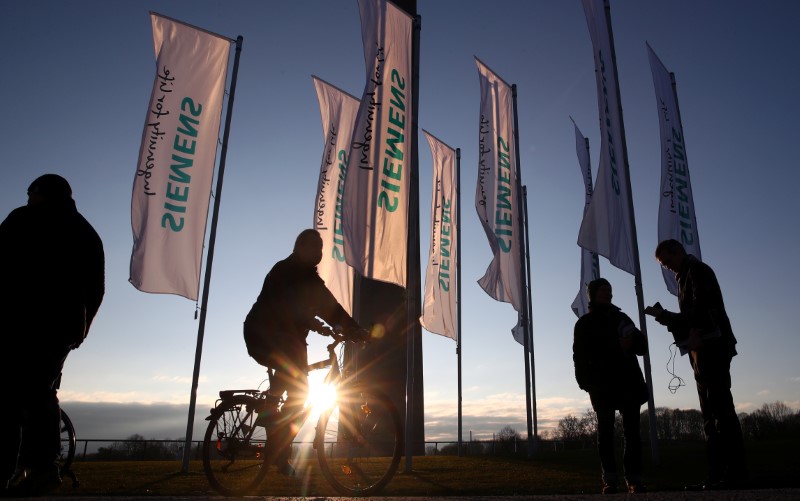 Infineon Technologies (DE:) helped the tone, with shares in the German semiconductor manufacturer climbing over 5% after it reported in-line results in the seasonally weak first quarter and confirmed its full-year outlook.

Vodafone’s (LON:) shares climbed over 2% after the U.K. telecoms giant reported continued organic service revenue growth in its third quarter, while stating that it is preparing for a potential initial public offering of its towers business in early 2021.

On the flip side, shares in Siemens (DE:) dropped 0,8% after reporting weaker-than-expected profit during its first quarter as the industrial downturn hit its flagship digital industries business and its wind power unit suffered losses.

Also, tobacco giant Imperial Brands (LON:) slumped almost 10% after issuing a profit warning amid a global crackdown on e-cigarettes, particularly in the U.S.

Helping the tone in Europe additionally was the release of better than expected sentiment from the region’s businesses.

The eurozone Composite Purchasing Managers’ Index for January 2020 came in at 51.3, a report published by IHS Markit on Wednesday showed. This compares with the flash estimate of 50.9 and December’s index which was also 50.9. Eyes will now turn to the retail sales numbers for the euro zone at 05:00 AM ET (1000 GMT).

Overnight the blue-chip index posted modest gains, closing 1.3% higher, helped by the decision of the People’s Bank of China to pump hundreds of billions of dollars into the financial system this week to keep rates from rising and restore confidence.

On Wall Street, the spotlight could be on eBay (NASDAQ:) Wednesday, after the Wall Street Journal reported that Intercontinental Exchange, the owner of the NYSE, has made a takeover offer for the online marketplace that could value it at more than $30 billion.

In the oil markets, crude futures recovered strongly from the one-year lows they hit on Tuesday, helped a little by a smaller-than-expected rise in U.S. inventories reported by the American Petroleum Institute.