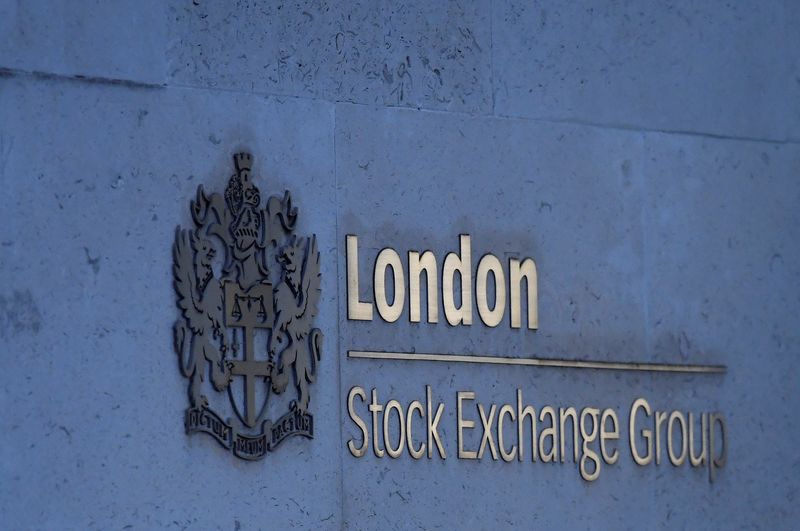 © Reuters. The London Stock Exchange Group offices are seen in the City of London, Britain

LONDON (Reuters) – World shares fell to their lowest in two weeks on Monday as worries grew about the economic impact of China’s spreading coronavirus with demand spiking for safe-haven assets such as Japanese yen and Treasury notes.

The death toll from the coronavirus outbreak in China rose to 81 and the virus spread to more than 10 countries, including France, Japan and the United States. Some health experts questioned whether China can contain the epidemic.

The MSCI All-Country World Index (), which tracks shares across 47 countries, was down 0.42% to its lowest since Jan. 13.

In Europe, stock markets slumped at the start of trading, tracking their counterparts in Asia. The pan-European index fell 1.4% to its lowest level since Jan. 14. ()

Shares of mining companies () slumped 3.1%, dragged down by their exposure to China, the biggest decline among the major European subsectors.

“The coronavirus is an economic and financial shock. The extent of that shock still needs to be assessed, but it could provide the spark for an arguably long-overdue adjustment in the capital markets,” Marc Chandler, chief market strategist at Bannockburn Securities, told clients.

The ability of the coronavirus to spread is getting stronger and infections could continue to rise, China’s National Health Commission said on Sunday. Nearly 2,800 people globally have been infected and 81 in China killed by the disease.

China announced it will extend the week-long new year holiday by three days to Feb. 2 and schools will return from their break later than usual. Chinese-ruled Hong Kong said it would ban entry to people who have visited Hubei province in the past 14 days.

“I think this would continue this week, until China markets resume trading next week and the coronavirus outbreak subsides.”

MSCI’s broadest index of Asia-Pacific shares outside Japan () was off 0.45%, although markets in China, Hong Kong, Taiwan, South Korea, Singapore and Australia were closed on Monday.

All three major Wall Street indexes closed on Friday, with the S&P 500 seeing its biggest one-day percentage drop in over three months.

Elsewhere in bonds, the Italian 10-year yield fell to a three-month low Monday after right-wing leader Matteo Salvini failed in his bid to overturn decades of leftist rule in the northern region of Emilia-Romagna on Sunday. [GVD/EUR]

In the currency market, the Japanese yen strengthened as much as 0.5% to 108.73 yen per dollar , its two-and-a-half-week high.

The coronavirus outbreak also pressured oil and other commodity prices.

“Investors will react quickly to any sign of negativity and this is no exception as China announces that the issue has become an emergency. This could keep oil prices fragile until the coronavirus shows signs of slowing down,” said Mihir Kapadia, chief executive at Sun Global Investments.