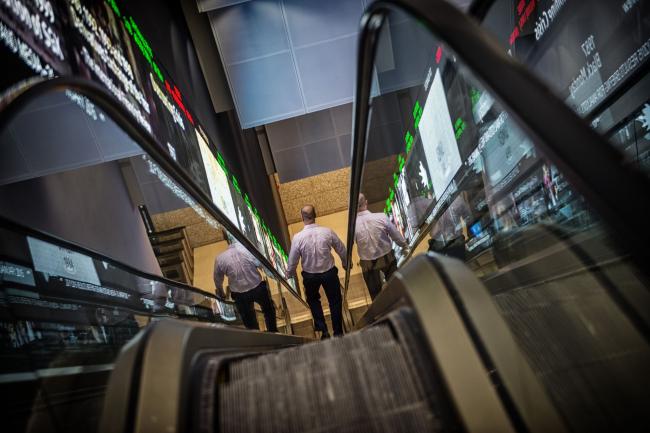 (Bloomberg) — U.S. equities slumped on reports that a deadly respiratory illness that originated in China had migrated to the U.S., spurring concern about the potential economic impact.

Industrial and consumer shares were among the worst performers as the S&P 500 Index fell from a record high. That followed pullbacks in Asia and Europe, with Hong Kong the hardest hit. Luxury stocks headed for their biggest drop since October on worries the virus will disrupt spending during a key Chinese holiday period. Banks retreated after UBS Group AG missed profitability targets; Boeing (NYSE:) slumped on speculation its 737 Max jet wouldn’t be cleared to fly until mid-year.

The risk-off mood helped support some traditional haven assets, and the yen and Treasuries advanced.

The emergence of the illness in China — and concerns it could be spreading outside the country — stirred memories of the SARS outbreak 17 years ago for some market watchers, though it isn’t yet as serious. The developments provided an excuse for investors who bid up U.S. stocks to record highs last week to take a pause and assess the outlook for global growth and corporate profits as earnings season picks up.

“History tells us that most of these situations can be contained,” said Sameer Samana, senior global market strategist for Wells Fargo (NYSE:) Investment Institute. “What we would watch for is does it become a big enough issue that it actually starts to change consumer behavior?”

Elsewhere, Germany’s briefly surpassed the peak reached two years ago. The Index posted a second day of losses. The Bank of Japan kept policy unchanged as expected, though raised its economic growth forecast for 2020. Crude held below $60 a barrel as ample global supplies offset the loss of exports from Libya.

Here are some events to watch out for this week: